VietNamNet Bridge – A government report showed that the127 state owned economic groups and general corporations now incurred the debts worth VND1.35 trillion. However, the huge sum is still believed to be within the safety line.

VietNamNet Bridge – A government report showed that the127 state owned economic groups and general corporations now incurred the debts worth VND1.35 trillion. However, the huge sum is still believed to be within the safety line. 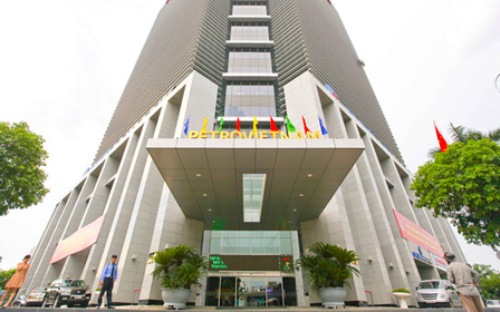 PetroVietnam is among the biggest debtors.

Under the report, the economic groups and general corporations, or the biggest state owned enterprises (SOEs) which play the key role in the national economy, have the accounts payable of VND1.35 trillion in 2012, an increase of six percent in comparison with 2011, equal to 56 percent of the total capital.

The enterprises’ short term and long term finance investments had increased by 28.25 percent and 5.07 percent.

The enterprises had the accounts receivable of VND275,975 billion in 2012.

The government has named some holding companies which had the ratios of accounts receivable on the total assets at over 50 percent. These include Cienco 8 (66 percent), or the holding company of Cienco 5 (62 percent).

The only reduction of the figures has been reported to the inventory volume with the value of VND222.264 trillion, down by 4 percent from 2011, accounting for 9.3 percent of the total assets.

The economic groups and general corporations had borrowed VND402.95 trillion from commercial banks by the end of 2012, a slight increase of 2 percent over 2011.

The biggest debtors were PetroVietnam with the outstanding loans of VND124,499 billion, the Electricity of Vietnam VND103,194 billion, and Vinalines VND31,681 billion.

The big guys had reportedly had the foreign debts worth VND315,851 billion, including the VND70,659 billion in short term debt and VND245,192 billion in long term debs.

While affirming that the state owned economic groups and general corporations have made considerable growth, the government has admitted that their business efficiency did not correspond to the high capital and assets.

The total debt worth VND1.35 trillion, according to Vu Viet Ngoan, Chair of the National Finance Supervision Council, is “not worrying.”

“The figures of VND1,000 trillion or VND2,000 trillion do not show much meaning. It is more important to analyze if the borrowed money go beyond their financial capability and if they can use the capital effectively,” Ngoan said.

“The financial leverage ratio of the enterprises is less than 2, at 1.74, which is not worrying at all,” he added. “Only some of them had the ratios higher than 3, which need to be lowered.”

By the end of the 2012 fiscal year, Vietnam had had 846 enterprises with 100 percent state owned capital.

The consolidated finance statements of the enterprises showed the total assets of VND2,569,433 billion, the stockholder equity of VND1,019,578 billion, the turnover of VND1,709,171 billion and the pretax profit of VND166,941 billion. The figures represented the increases of 13 percent, 26 percent, 4.3 percent and 7 percent, respectively, in comparison with 2011.