The Ministry of Education and Training (MOET) has given back $16 million that was initially allocated to it to compile textbooks.

At a session on November 6, MOET Minister Phung Xuan Nha received a lot of questions about textbooks for first graders under the new general education program. 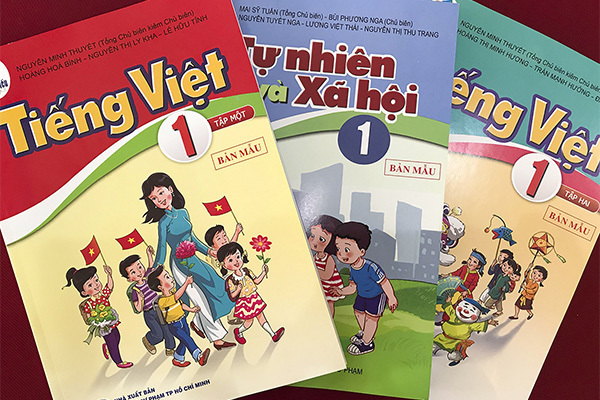 “MOET counseled the government to budget VND462 billion for the renovation of the general education program. How much money has been spent on the program implementation, including the compilation of textbooks and organizing training courses from the state budget and the loans from the World Bank?” Nguyen Lan Hieu, a National Assembly Deputy from An Giang questioned.

Nha said the government allocated the total budget of $80 million for the textbook renovation project, of which $77 million is from ODA loans.

The amount included $16 million allocated to MOET to compile textbooks.

The amended Education Law ratified by the National Assembly in 2019 stipulates that there can be more than one set of textbooks for each subject. Textbooks are written by any individual and organization who can satisfy the requirements.

Schools and students have the right to choose the textbook they will use for teaching and learning.

At that moment, the government decided that MOET would still need to compile one set of textbooks for each subject to be sure that students will have textbooks to use in all circumstances, even if there is no textbook compiled by non-MOET authors that can meet standards.

However, MOET later found that it did not have to compile textbooks anymore because there are enough textbooks for students. Therefore, the ministry has given back the $16 million.

Nha said the amount of money is still in the World Bank’s account.

Meanwhile, MOET has used the remaining money for activities of the new general education program. It is expected that $12 million (over VND200 billion) would be spent by December 2020.

“We have recently checked all expense items and we gave back unnecessary spending related to intensive training, totaling $29.7 million, ” Nha said.

He went on to say that MOET will continue implementing the National Assembly’s policy on mobilizing resources in the society for the textbook compilation, practicing thrift when spending the state budget’s money on the compilation.

Meanwhile, Nguyen Thi Thu Dung, a National Assembly’s Deputy from Thai Bình, raised a question about the regulation on the required academic knowledge volume in general education stipulated in the Vocational Education Law which took effect five years ago.

Dung reminded the Minister that she once questioned him about this issue at the ninth session and heard that MOET would release a circular on the issue by September 2020. However, such a circular has not been released.

Nha said this is a complicated issue and he has requested the compilation committees to make reasonable calculations.

The Ministry of Education and Training (MOET) has examined and approved 46 textbooks of five sets of textbooks belonging to three publishing houses.