Chair of the Vietnam Energy Association Tran Viet Ngai believes that the solution of setting one common electricity retail price is not feasible.

The Ministry of Industry and Trade (MOIT) said it is designing a new electricity pricing mechanism to give more options to consumers. 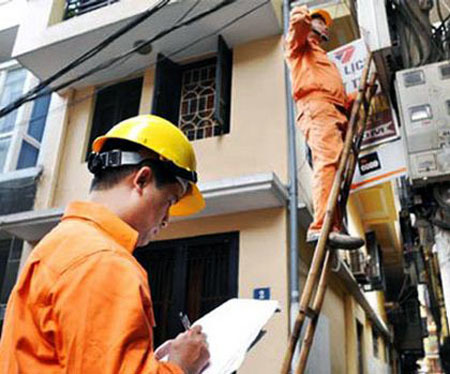 Households could either pay in accordance with the currently applied six-tier pricing, or the single-price mechanism. The current six tiers would be reduced to five.

MOIT’s Deputy Minister Hoang Quoc Vuong said if many households choose the single-price mechanism, this may affect revenue of the Electricity of Vietnam (EVN), the only retailer. However, in principle, no matter which pricing mechanism is applied, retail prices must ensure benefits for both consumers and sellers.

Commenting about MOIT’s annoucement, Ngai said that the single-price mechanism has low feasibility.

The majority of consumers have monthly consumption of 400-500 kwh of electricity and it is necessary to pay attention to them. The number of those who consume 600 kwh or more is also high, but they can afford high electricity bills.

It is difficult to define a single price so that EVN does not have to take a loss and the poor won’t have to pay for the better-off.

An analyst noted that MOIT announced the single-price mechanism after many people complained about higher electricity bills. In theory, people would have two options. But it is clear that the majority of people, who consume 400 kwh a month or less, would not choose the single price mechanism.

He pointed out that the single-price mechanism does not encourage people to practice thrift in using electricity, while the current mechanism can.

Under the current policy, when households use more electricity, they have to pay higher electricity prices.

MOIT has also promised that it would adjust the current tier-based electricity pricing mechanism and would submit the new policy to the government by the end of the year. It is expected that there will be five tiers instead of six as currently applied.

In the past, MOIT thought of designing a single price policy, but after consideration, it did not choose the solution.

Vietnam Electricity (EVN) announced there were only a few cases of incorrect electricity bills after checking its records from June 25 to July 3.

The southern region may face severe electricity shortage starting from 2021, according to the Electricity of Vietnam Group (EVN).