According to PM Chinh, the Vietnam-Singapore strategic partnership is growing strongly and quickly in all areas, particularly the economy, trade, and investment. The two-way trade increased by over 23 per cent to reach $8.3 billion in 2021, and it reached $4.75 billion in the first half of 2022.

He stressed that Vietnam wishes to strengthen its bilateral strategic alliance and learn from Singapore’s experience in establishing an independent, self-sufficient economy in parallel with intense and wide international integration.

Ryan Galloway, country director of Funding Societies in Vietnam (FSVN) told VIR that there is a high level of interest in Singapore companies to venture into Vietnam. In light of this, recent trends of increased supply chain and technology investments may accelerate as Singaporean investors look for safe havens for growth.

“Most Singaporean companies with regional aspirations normally look at Vietnam, Indonesia, and the Philippines as a way to establish market leadership creditability. After having experience working with founders/managers across ASEAN, I bet on Vietnam any day: business owners are hyper-competitive, cost-conscious, and execution-driven,” Galloway noted.

Funding Societies is the largest digital financing and debt investment platform for small- and medium-sized enterprises (SMEs) in Southeast Asia. For 2022, FSVN has a mandate to disburse more than $90 million.

According to the Asian Development Bank, Vietnam has a $58 billion funding gap for both micro-SMEs and SMEs: quite a large market, capable of supporting multiple fintech players.

Meanwhile, Acronis, a global company with headquarters in Singapore and Switzerland, has announced its plans to invest approximately $50 million in Vietnam over the next three years and open its local office alongside a research and development (R&D) centre by 2023.

The R&D centre in Vietnam is expected to have several hundred employees, hiring both engineers and talents in Vietnam. Acronis Vietnam office will work in close collaboration with its R&D centres in Singapore and Bulgaria to develop cutting-edge cyber protection solutions.

In April, the company also signed a cooperation agreement with FPT University to find, train, and retain talents in the field of IT. It also signed an MoU with FPT with the goal of developing local human resources for the soon-to-be-built R&D centre in Vietnam.

According to Stanislav Protassov, co-founder & technology president of Acronis, Asia-Pacific is a strategic market for Acronis, as Vietnam is one of the key countries in the region with potential for cyber protection. Vietnam’s cybersecurity market is projected to reach $350 million by 2026.

“Considering that the economy is booming and the population continues to grow, Vietnam remains one of the most attractive markets in the region. Acronis is open and interested to acquire prominent cybersecurity startups in Vietnam to make them a part of the global Acronis proposition,” he added.

Vietnam is growing rapidly in terms of startups and currently is third in Southeast Asia, behind Singapore and Indonesia, in the number of investments and amount of funding into startups. In 2021, the total amount of venture investments in Vietnam was over $3 billion and in 2022 this number will grow even further.

According to data by the Ministry of Planning and Investment’s Foreign Investment Agency, 88 countries and territories invested in Vietnam in the first seven months of 2022. Among these, Singapore took the lead with the registered investment capital of more than $4.3 billion, accounting for 27.7 per cent of the total in Vietnam.

Kosuke Sogo, CEO and co-founder of AnyMind Group, stated that Vietnam is an attractive market for Singaporean companies as in 2021, Singapore was Vietnam’s largest foreign investor thanks to the bilateral relationship between the two nations. Vietnam’s consumer market has attracted more and more foreign brands to enter, especially technological and e-commerce companies.

“Vietnam is a potential market for commerce. Despite the macro situations impacting the world, Vietnam was able to achieve solid growth and recovered rapidly after the pandemic. With the tremendous investment of the country into infrastructure, fintech, and e-commerce, there are various opportunities for Singapore companies to expand their businesses to Vietnam,” Sogo noted.

In July, AnyMind Group announced that it has raised ¥4 billion (approximately $29.4 million) in its Series D funding round. With the funding, AnyMind Group aims to strengthen the company’s advancement in the commerce enablement space and fund future acquisitions. It has operated in Vietnam for six years.

“We will continue to expand our offerings to drive next-generation commerce in Vietnam, from marketing, e-commerce enablement, logistics management, manufacturing, publisher monetisation and creator monetisation,” Sogo said. “We are also very open to merger and acquisition opportunities in Vietnam. We are looking for companies that can either enhance our existing offerings or open up new customer segments for us to deliver our technology to their customer base.”

Accumulated as of July 2022, Singapore ranked second out of 139 countries and territories with valid projects in Vietnam.

Singaporean investors have so far funded nearly 3,000 projects worth nearly $70 billion, accounting for more than 16 per cent of the total registered investment capital in the country. 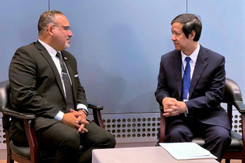 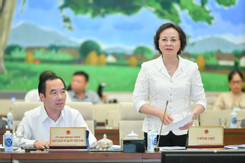