The Kate Festival, the most important annual celebration of the ethnic Cham Brahman community, is hoped to promote the province’s image and tourism in the post-pandemic time.

The festival reminds the ethnic Brahman community of their ancient gods and delivers wishes for bumper harvests and the growth of all beings.

According to the provincial Department of Culture, Sports and Tourism, Binh Thuan has welcomed about 1.4 million tourists so far this year, reaching 20 percent of its annual target. It earned 3.73 trillion VND (160 million USD) from tourism, down 50 percent year-on-year.

There are about 153,000 Cham people in Vietnam, of whom over 41,000 live in Binh Thuan province, mainly in Bac Binh, Tuy Phong and Tanh Linh districts.

The province has devised a line-up of preferential policies to support ethnic people. To date, all localities of the province have access to electricity./. 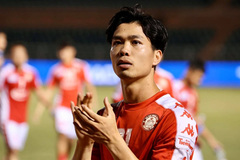