Many buffalo owners in the northern province of Vinh Phuc have lost lots of money after the local traditional buffalo fighting festival has been cancelled for Covid-19 prevention for the second year. 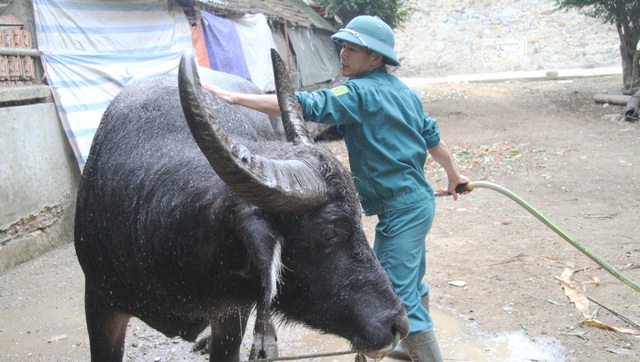 Hai Luu Buffalo Fighting Festival is said to be the oldest such event in the country. It began in the second century BC when a local military leader, Lu Gia, decided to organise buffalo fights to encourage his soldiers to fight as strong as the buffaloes against the Chinese enemies. All the buffaloes were then slaughtered to serve the soldiers. 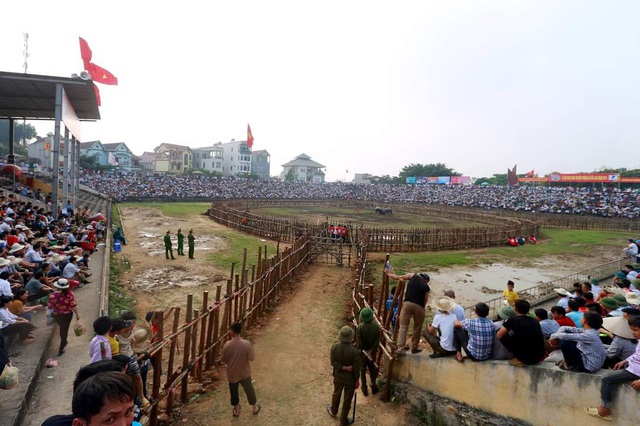 A corner of the Hai Luu Buffalo Fighting Festival 2019

However, the Covid-19 pandemic has suspended many traditional ceremonies and festivals in many localities including the Hai Luu Buffalo Fighting in Vinh Phuc.

A buffalo owner in the area, Nguyen Van Hong, said that he bought a buffalo at VND150 million (USD6,522) two years ago. He was ready to participate in the Hai Luu Buffalo Fighting Festival 2020 but it was cancelled due to the virus outbreak.

"I was disappointed but continued to raise it for this year's competition. But again the festival was suspended due to the recent outbreak," Hong said with a sigh. "I've lost hundreds of millions of VND on buying and taking care of the buffalo but I will still keep it for next year's competition."

The man said that he was among many local families who kept all 20 fighting buffaloes last year for this year's competition. However, some people have lost hope and now want to sell the animals.

"I'm not sure how many people will continue to keep the buffaloes and wait for next year's festival," he said. "Some said that they could not afford to raise the animals anymore."

Another buffalo owner, Han Van Quyet, said that he is spending from VND3-4 million each month to buy foods for his buffalo which he bought at VND100 million two years ago.

"I've invested a total of VND170 million on the buffalo over the past two years and now I want to sell it," Quyet said. "Some people are asking to buy it for meat at VND70 million. So I would lose VND100 million."

Speaking with Dantri/Dtinews, chairman of Hai Luu Commune People's Committee, Dao Tien Trung, said that they had persuaded local people to keep all 20 buffaloes after the festival was cancelled last year.

"But now many buffalo owners were disappointed when being informed of the suspension of this year's festival," the official said. "They said they would sell the buffaloes. We have proposed to the Song Lo District People's Committee provide financial support to local people in maintaining their valuable buffaloes".

Cau Ngu (whale worship) festival is part of the cultural identity of Vietnam’s central coastal localities, which has been preserved and passed down through the generations.

Vietnamese powerlifter Dang Thi Linh Phuong is aiming for a gold medal on home soil at the Para Games to be held in Vietnam later this year.