People queue to buy tickets for the game between Duoc Nam Ha Nam Dinh and Hoang Anh Gia Lai clubs at Thien Truong Stadium on May 22.

The National Cup 2020 opening match between Duoc Nam Ha Nam Dinh and Hoang Anh Gia Lai will kick off at Thien Truong Stadium in the northern Nam Dinh Province at 6 pm on May 23.

To guarantee distance between fans, organisers will only sell a certain number of tickets to fill half the stadium capacity. 10,000 tickets had been sold out on Friday. 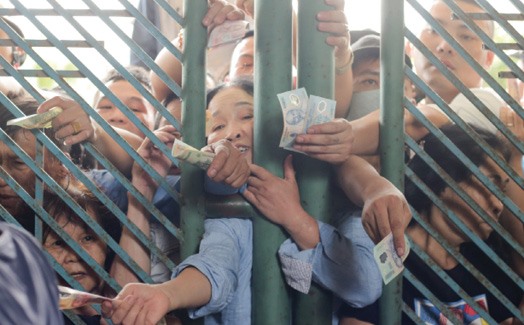 Nguyen Van Ha, said that he managed to buy a ticket for the game after queuing a long time in hot weather on Friday afternoon.

"The match has attracted lots of interest after the suspension," he said. " Hoang Anh Gia Lai are bringing some famous players including Tuan Anh, Van Toan, Van Thanh, and Hong Duy who play for the national team so people are interested."

Usually, Thien Truong Stadium only opens 90 minutes before a game, but due to current circumstance, the time will be increased to 150 minutes to facilitate temperature checks. 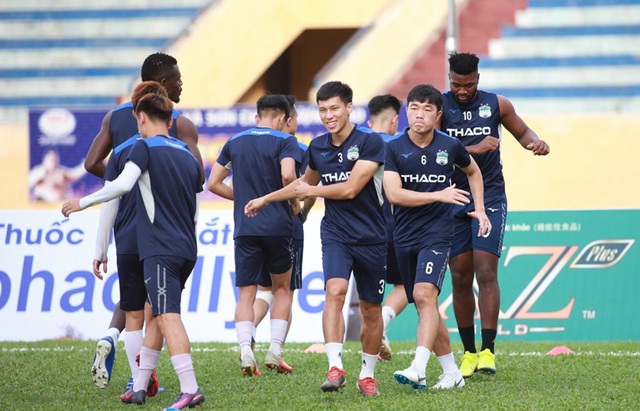 "All supporters are required to wear face masks and take hand wash," he said. "They will have body temperatures checked and anyone with temperature from 37.5 degrees will be denied entry." Laodong/Dtinews