Ngoc Han, Miss Vietnam 2010, introduced her latest Ao Dai collection to members of the overseas Vietnamese community during an event which was recently held in Saudi Arabia. 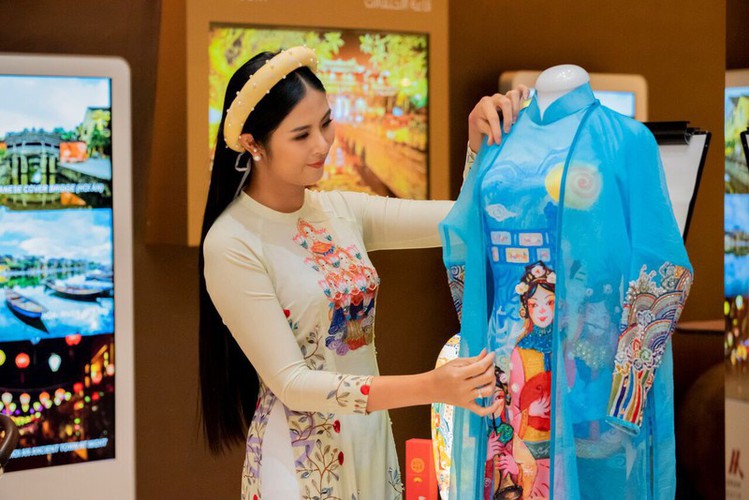 The Ao Dai, a type of Vietnamese traditional long dress, fashion show was hosted by the embassy of Vietnam in Saudi Arabia. 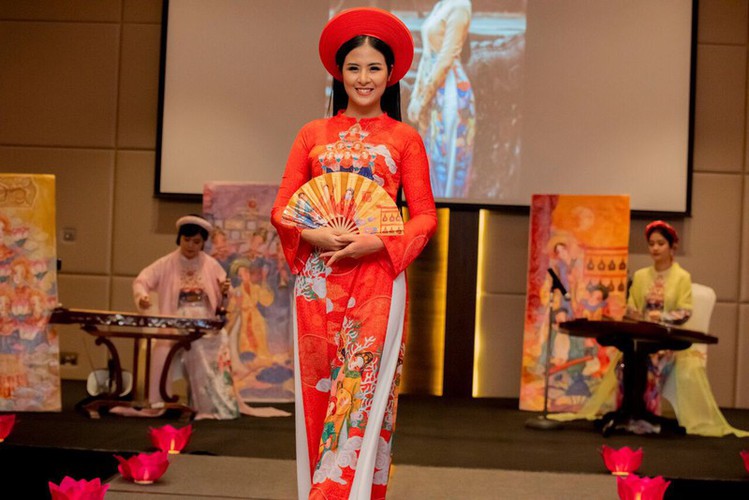 Ngoc Han plays the role of vedette during the fashion show. 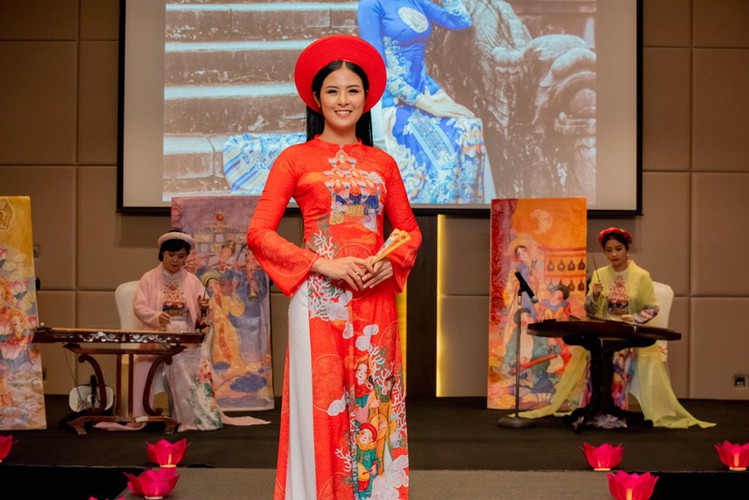 The Ao Dai collection draws inspiration from Nha Nhac, a genre of music played at the royal court in the ancient capital of Hue. 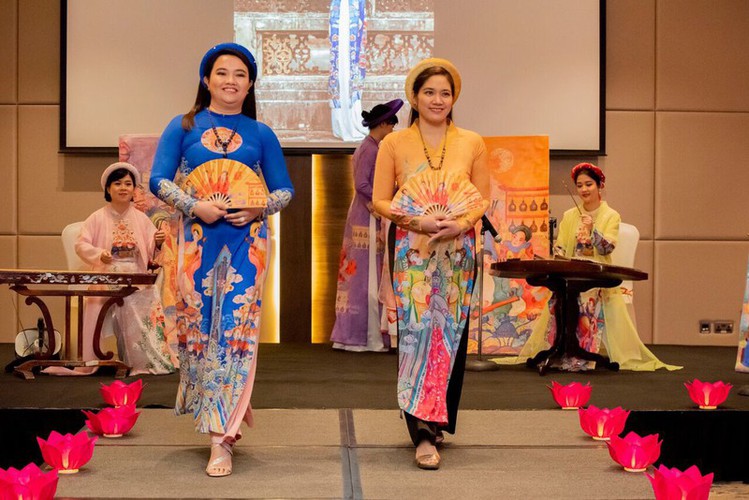 The models at the event were the Vietnamese embassy’s staff and their children. 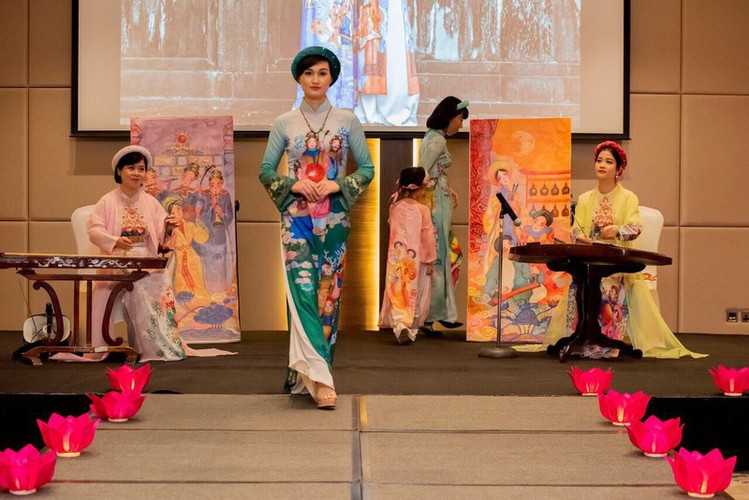 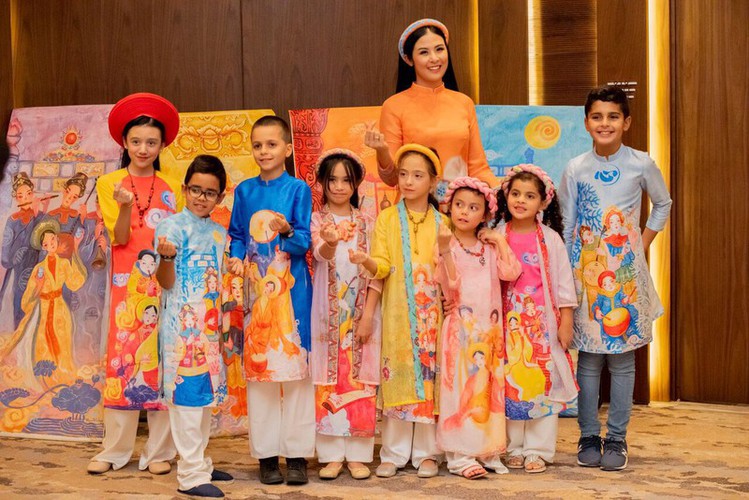 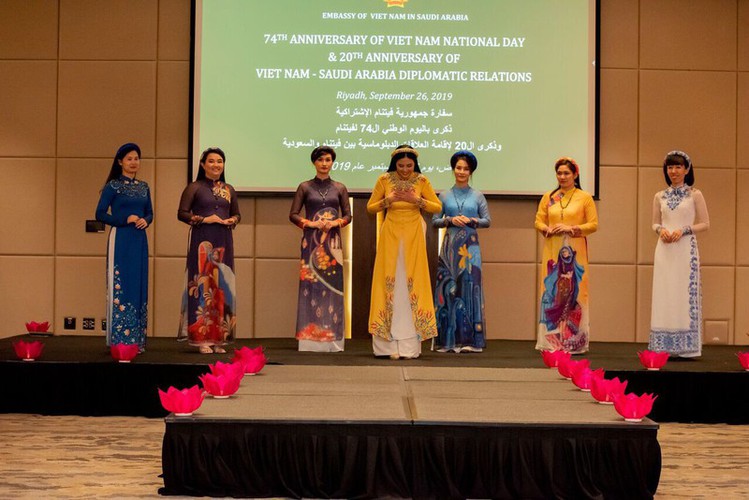 Silk is the main material used throughout the collection, which features drawings by painter Pham Trinh. 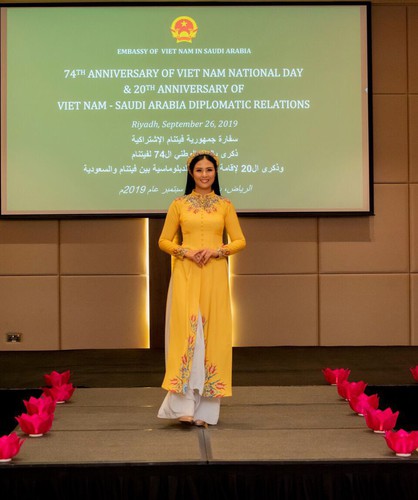