Thong Nhat Park Management Board had to restore 17 statues on May 26 following complaints by artists and the public that the artworks had their colours unnaturally altered.

Thong Nhat Park Management Board had to restore 17 statues on May 26 following complaints by artists and the public that the artworks had their colours unnaturally altered.

The 17 statues displayed in Thong Nhat Park are graduation works by students at the Vietnam University of Fine Art during the 1960s. The statues have been damaged by time and weather so the management board repaired and repainted the statues many times.

In previous years, the statues were often painted white or grey. But this time, they were coloured. The park management board said they wanted to make the place more colourful and lively.

Hoang Kim Hong, director of Thong Nhat Park Company, said, "We don't think this is a big problem. But we are willing to hear from the public and we'll repaint them white if people think that the colours are not good."

67-year-old Pham Quang Hung in Kham Thien said, "The children often played near the statues but they have avoided them now ever since the colouring was done. White statues look simpler and more pleasing."

Luong Xuan Doan, chairman of Vietnam Fine Arts Association, said, "The statues are ruined by the colours. You can't repair the statues like that. They are best as monochrome statues."

On May 26, the management board has to repaint the statues after many complaints. Five statues have been painted white so far. Hong said all statues would be repainted by the end of the week.

Some photos of the statues: 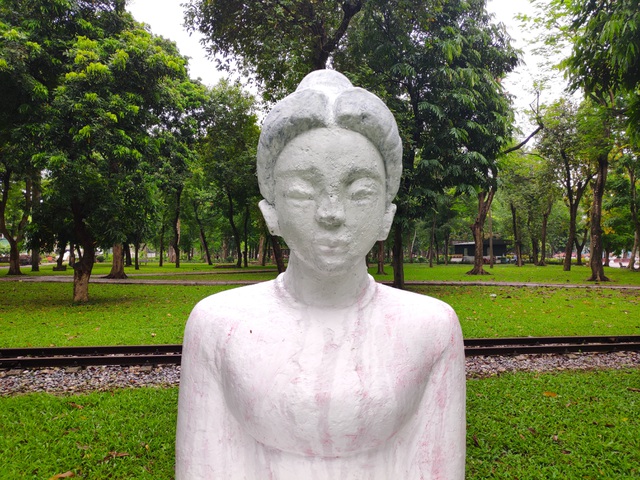 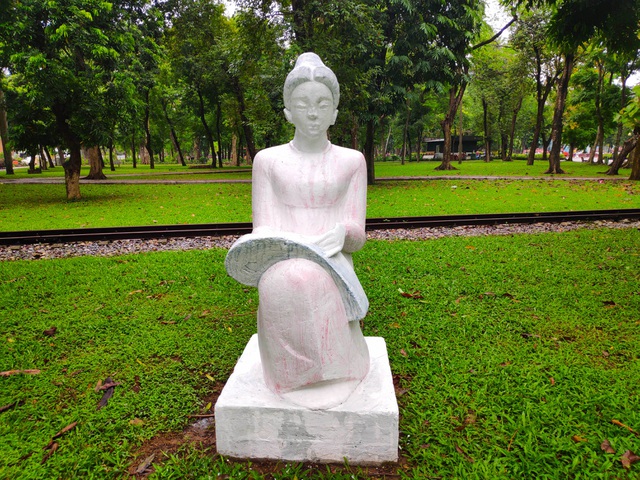 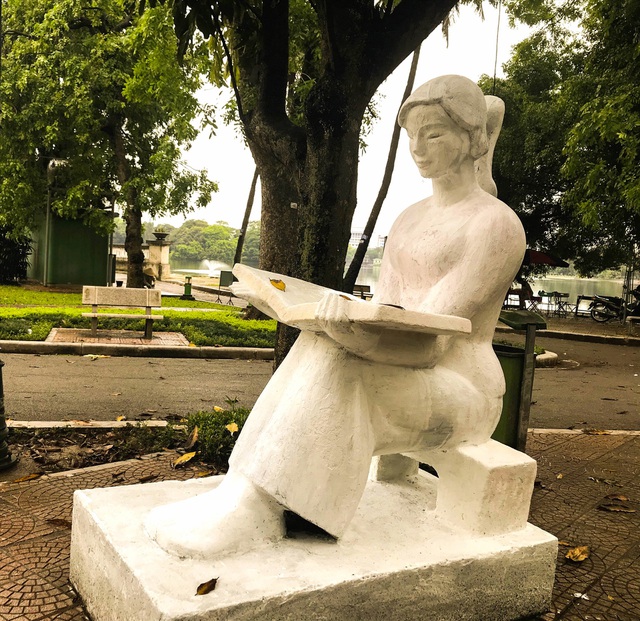 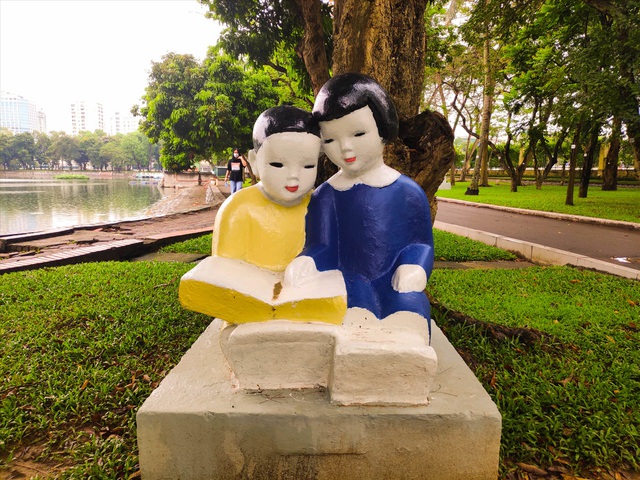 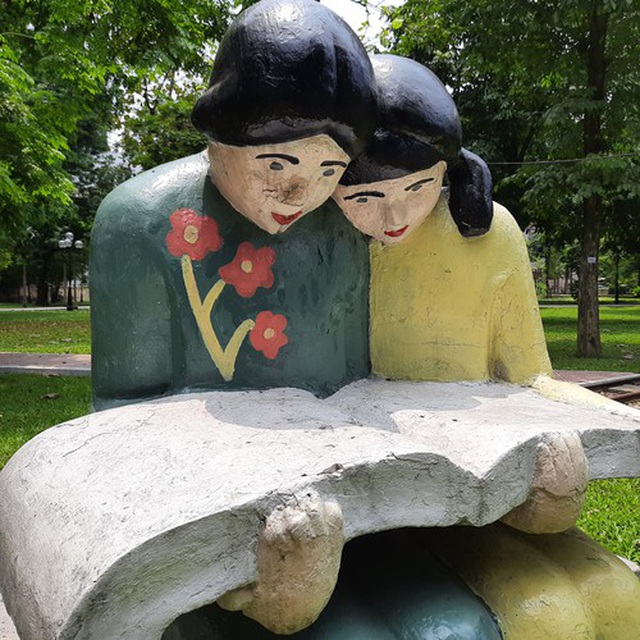 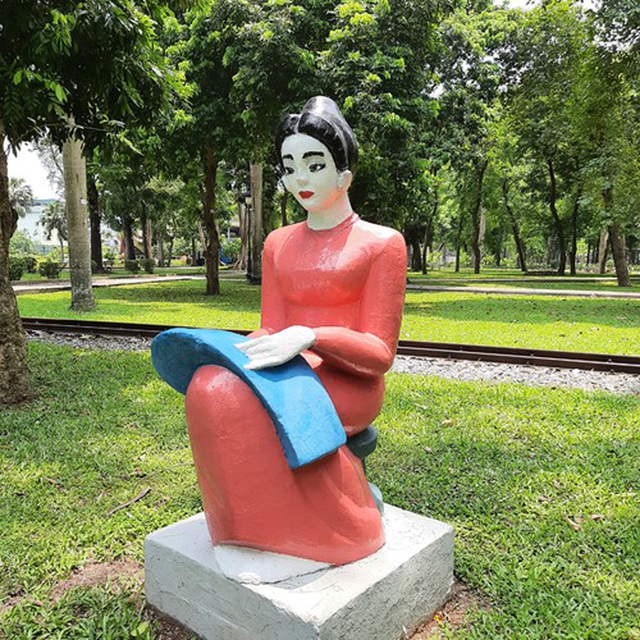