The judging panel have announced the Top 30 national costume entries which Hoang Thuy could wear in her role as Vietnam’s representative at the upcoming Miss Universe 2019 pageant. 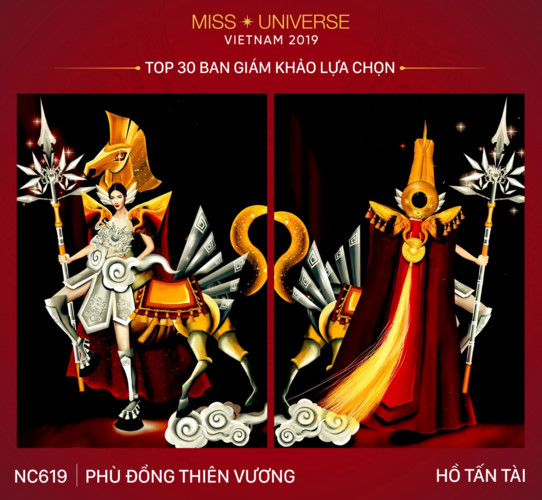 The panel will continue to select the Top 10 outfits which will progress to the next round. This concept titled “Phu Dong Thien Vuong”, by designer Ho Tan Tai, is among the Top 30. 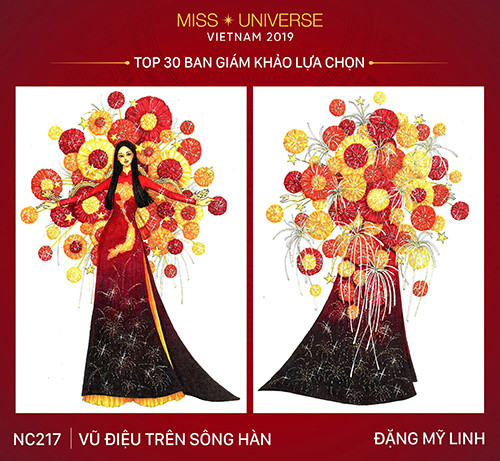 The Top 10 entries will be selected by the judges whilst the Top 5 will voted on by audiences during the final round. This outfit is known as “Vu Dieu Tren Song Han”, or Dance on the Han river, by designer Dang My Linh. 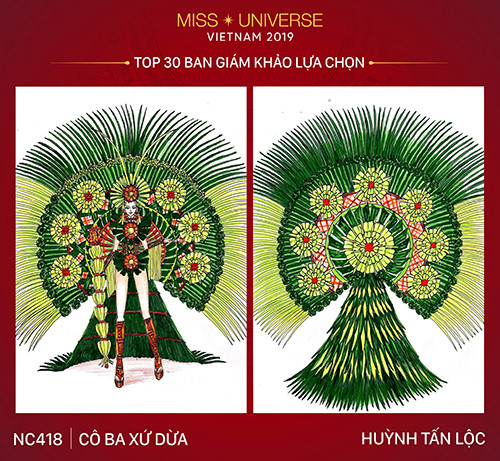 Here are some of the notable entries chosen by the judges. “Co Ba Xu Dua” by designer Huynh Tan Loc features a type of coconut which is a speciality of the Mekong Delta province of Ben Tre. 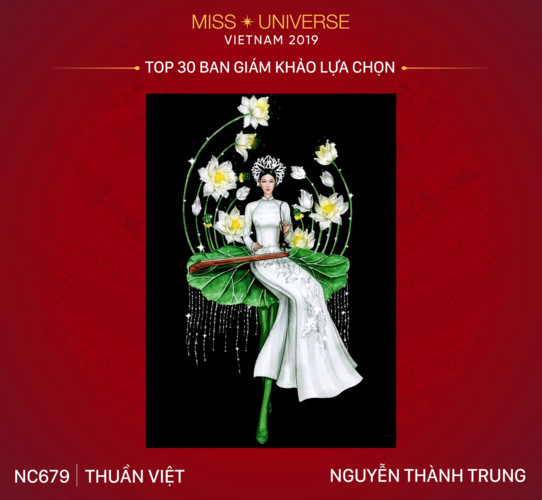 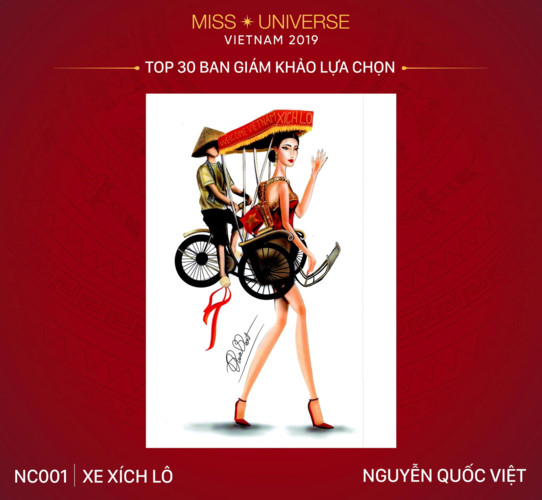 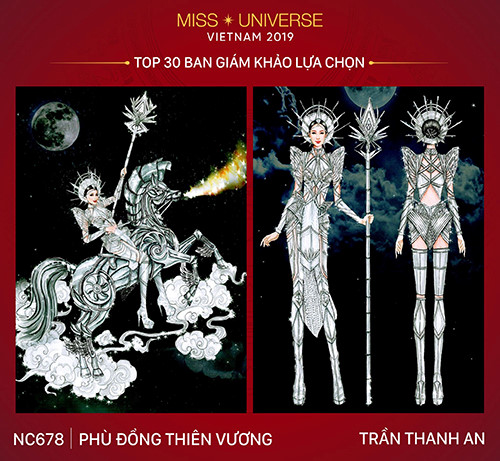 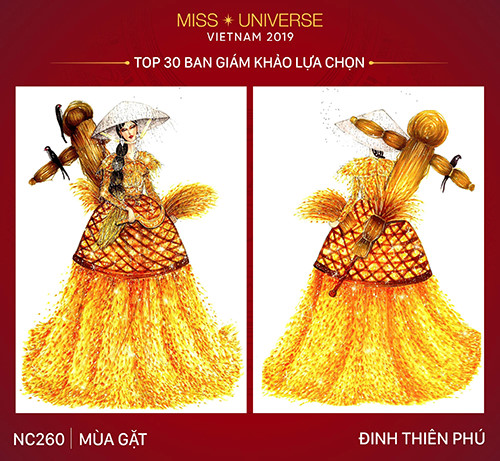 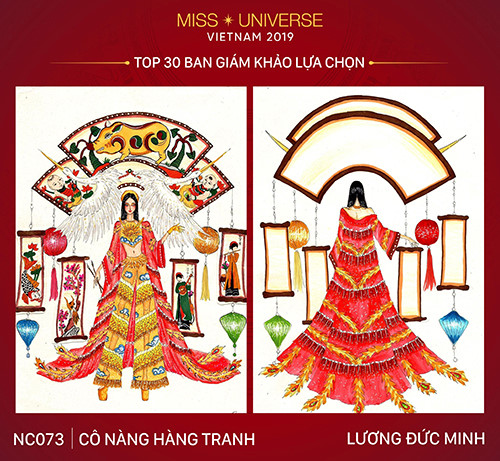 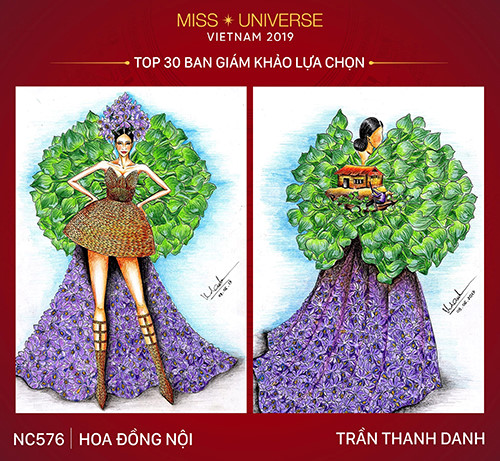 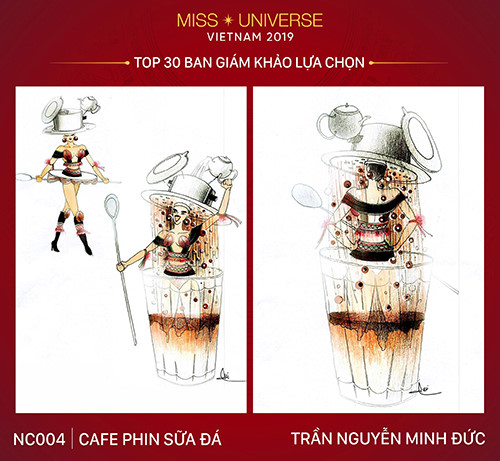 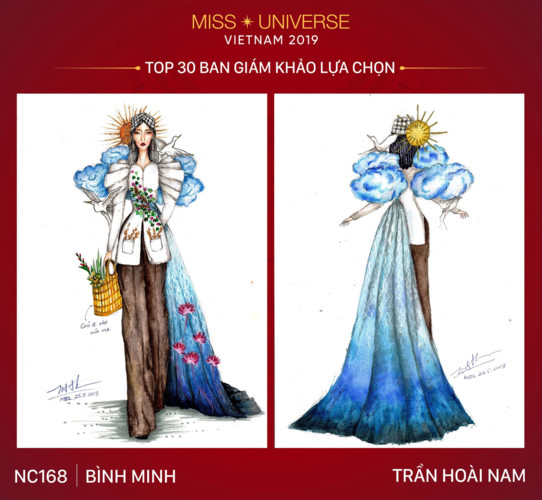 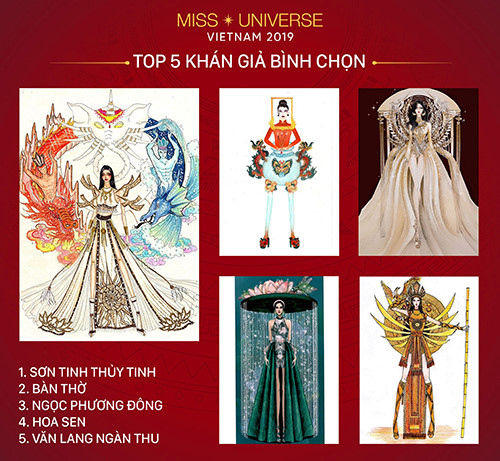 The five most popular outfits of the competition so far had previously been announced.

The public’s favourite national costumes have been revealed and will be in contention for Hoang Thuy to wear as Vietnam’s representative at the upcoming Miss Universe 2019 pageant.

A design contest to select the best national costume for Hoang Thuy, the Vietnamese representative at Miss Universe 2019 pageant, to wear has closed with a number of outstanding outfits.