Rong Do on May 25 shipped its first consignment of litchis to Australia when the government began implementing a 3-step plan on loosening domestic travel restrictions. 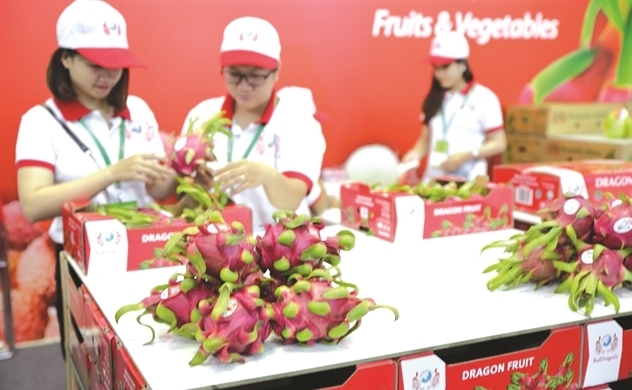 Australia consumes 1,000 tons of litchis a year, according to Vietrade in Australia. However, Vietnam is more slow-paced than China and Thailand. Its high transportation cost makes litchis less competitive in the market.

Some analysts have shown concern about consumption of this year’s litchis though the harvest just began on May 20, as Chinese litchi output has increased significantly this year.

Chinese farmers this year began harvesting litchis 15 days earlier than in previous years. The ban on cross-border exports could lead to a sharp fall in Vietnam’s litchi exports.

Le Quoc Doanh, Deputy Minister of Agriculture and Rural Development, said that Covid-19 has made it more difficult to consume fruits, but hopes Vietnam will be able to export the first consignments of fresh litchis to Japan this year.

However, to date, the Japanese side has not signed a document on authorizing Vietnamese agencies to have technical supervision over litchi quality to be exported to the market. Japanese agencies have not accepted the 19 codes of growing areas (103 hectares in total) with the estimated output of 600 tons in the two districts of Yen The and Luc Ngan, as per the request of Bac Giang province and MARD.

Vietnamese farmers have begun harvesting new fruit crop amid a gloomy atmosphere though EVFTA is to take effect in some days.

In Yen Chau and Moc Chau, the largest mango growing areas of Son La, farmers are worried about consumption.

“We have no orders for this year,” said Quang Van Sy, director of Dong Tam Cooperative, a mango grower for export.

In 2019, the cooperative exported more than 40 tons of mango to Australia and France.

According to Le Thanh Hoa from MARD, EVFTA offers opportunities to Vietnam to boost fruit exports, but it sets very strict requirements on traceability and food hygiene.

Many fruit farmers in the Mekong Delta have suffered losses this year due to crop failure caused by drought and saltwater intrusion and lower demand for fruits.