Under the EVFTA, Vietnam will open its market to imports from EU with the preferential tariff of zero percent.

The EVFTA is expected to take effect in 2020. As for automobiles, the import tariff will decrease by 7 percent per annum to zero percent. 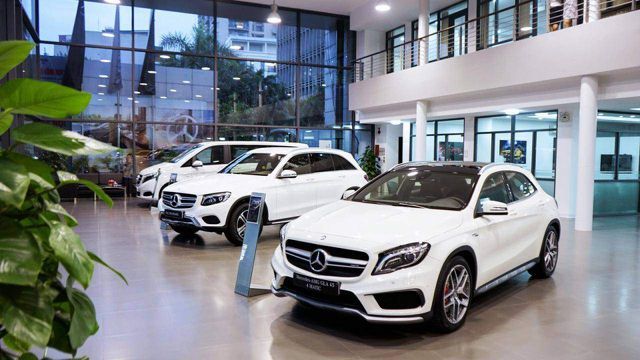 The base tax rates for cars, in EVFTA negotiations, are 78 percent for products with cylinder capacity of less than 3.0L and 74 percent for over 3.0.

Meanwhile, car parts belong to B7 group (base tariff is removed after 8 cuts, once a year). The base tax rate of car parts is 5-25 percent.

The cut of the tariff on car parts from the EU will allow Vietnamese automobile assemblers to increase the imports of car parts which still cannot be made domestically at low costs, thus reducing production cost and improving competitiveness.

Most imports from Europe are luxury cars, including Mercedes Benz, Audi, BMW and Land Rover, and super-luxury ones such as Rolls-Royce and Bentley. Popular models such as Volkswagen, Volvo and Peugeot are also favorites in Vietnam.

If 7 percent of tax is cut each year, a CBU (complete built unit) imported car from Europe, with the capacity of 2.0 L and declared import price of $30,000, would be $2,100 cheaper thanks to the import tax rate reduction.

The import tax rate reduction will also help reduce luxury and VAT taxes. It is estimated that the total tax reduction amount will be $3,000, or VND70 million.

However, for cars with cylinder capacity of 2.5 L, the price would be nearly the same in the first year of the agreement implementation, because the tariff after reduction will be 71 percent, or close to the currently applied MFN tax rate of 70 percent.

The price reduction will be minor, about VND34 million, for models with cylinder capacity of higher than 2.5 L and smaller than 3.0 L, which have base tariff of 74 percent and tax rate of 67 percent after reduction.

In general, car buyers will only begin seeing significant price reduction from the second and subsequent years of agreement implementation.

A BMW 320i from Germany, which now has the selling price of VND1.65 billion, will see the price decrease by VND200 million to 1.45 billion after four years of agreement implementation. When the tariff is cut to zero percent, the post-tax price of the car will be VND1.1 billion.