The electricity price in the country is scheduled to increase by 9.5 percent after Tet (February 2015) to VND1,652.19 per kwh, leaving questions about whether the price is appropriate.

VietNamNet Bridge – The electricity price in the country is scheduled to increase by 9.5 percent after Tet (February 2015) to VND1,652.19 per kwh, leaving questions about whether the price is appropriate. 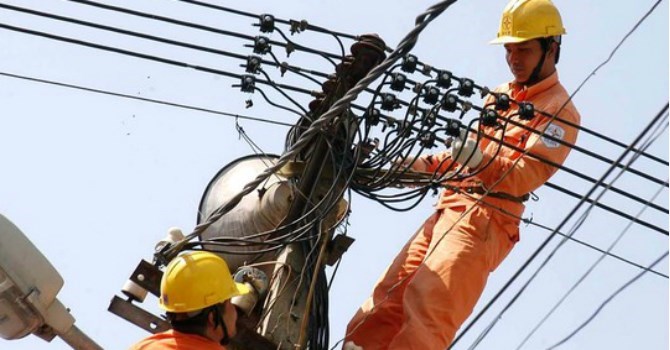 Electricity of Vietnam (EVN), the only electricity retailer in the country, said the price was at a very low level.

MPI Minister Bui Quang Vinh, after leaving a meeting of members of the inter-ministerial taskforce on macroeconomic management, told the press that the power price increase would be put into discussion after Tet.

EVN has repeatedly been asking for the electricity price increase, warning that Vietnam will lack energy for economic development if the price remains at the low level, because the low profitability cannot attract investors to the power sector.

However, analysts pointed out that it is unreasonable to compare the electricity price in Vietnam, a lower middle income country, with developed countries.

The other Southeast Asian countries have similar electricity prices to Vietnam, but they have far higher incomes. Indonesia, for example, has an income per capita of $3,475 per annum, while Malaysia’s is $10,538.

Patricia Marques, general director of Starbucks Vietnam, in an interview on VnExpress, a local online newspaper, said the expenses of electricity, transportation and import taxes were very high in Vietnam.

She also noted that power in Vietnam is more expensive than in neighboring countries if calculating the power price by income per capita.

Ngo Tri Long, a renowned pricing expert, noted that he cannot see any reason to raise retail prices at this moment.

There are three main electricity supply sources in Vietnam, including hydropower, coal-run and gas-run power.

The water supply for hydropower plants is now abundant, while oil and gas prices have been decreasing dramatically. Only the coal price has slightly increased.

“It is unreasonable to raise the electricity price once the input costs decrease,” Long said.

However, the government, fearing that a sharp price hike would hinder its efforts to curb inflation, did not agree on the plan.

And now, if the 9.5 percent price increase gets the government’s approval, Doanh warned, this will affect the CPI and businesses’ competitiveness, despite the sharp fall in oil prices.