Tuoi Tre newspaper reported that Tran Xuan Yen, former deputy director of Son La Education and Training Department, said a defendant in the exam score scandal in the province declared that it was the department director who gave him information about eight examinees and told him to get the exam papers of the students to manipulate scores. 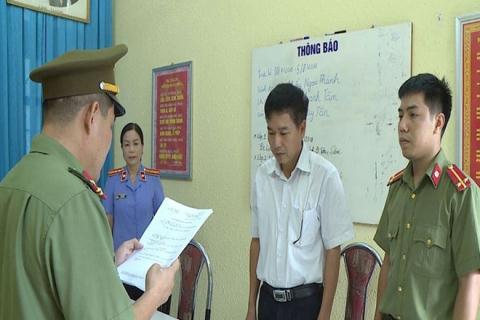 Regarding the ‘cost’ of score fabrication, Yen said one had to pay VND1 billion to raise the total exam score of three exam subjects to the wanted levels.

Yen was ‘in charge’ of 13 students, Nguyen Thi Hong Nga,16, while Dang Huu Thuy, vice rector of To Hieu High School in Son La City, was responsible for four examinees and Lo Van Huynh, head of the quality assurance division, for 7.

Other defendants, including Nguyen Thanh Nhan from the education department, Do Khac Hung and Dinh Hai Son from the provincial police, each manipulated the scores of 1-4 examinees.

If the score manipulation service fee was VND1 billion on average, about VND50 billion was spent to scramble for 47 seats at universities, while 47 other students were deprived of the opportunity to study at university because of the fraud.

Phan Viet Luong, member of the National Assembly’s Committee for Culture, Education, the Youth and Children, noted that VND1 billion is a fortune for the poor, but it is ‘not too costly for the rich who want a seat at university.’

The majority of Vietnamese parents want their children to have higher education, not only because they think this is the only way for them to find good jobs but also because a bachelor’s degree can bring prestige to their families. There are willing to pay big money for this.

The news about the exam score price has stirred up the public, On education forums, people have asked to publicize the names of ‘exam score traders’. However, agencies have made no official statement, citing ‘humaneness’ and personal information exposure.

To date, the heaviest punishment imposed on the parents in the exam cheating scandal is the suspension of their emulation titles.

The declaration by Yen needs to be verified. It is still unclear how to clarify the declaration, but Vu Quoc Hung, former chair of the Party Central Inspection Committee, said he has confidence in law enforcement agencies.

“Investigation agencies have the professional competence to find the truth, and declarations of defendants are not the only information they should consider,” he said.