State budget allocation should prioritise poor localities with a high number of migrant workers, said Dr Nguyen Duc Thanh, director of the Vietnam Centre for Economic and Strategic Studies (VESS) at a seminar. 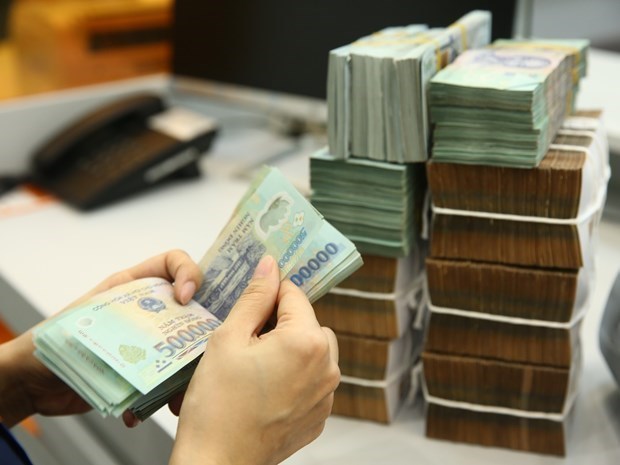 The seminar “State Budget Estimate in 2022 - Ability to meet social security targets” was co-organised by the Budget Transparency, Accountability and Participation (BTAP) Alliance on Friday and chaired by the Centre for Development and Integration (CDI) and VESS.

Experts at the online seminar discussed the mobilisation and use of the State budget to achieve social security goals in 2022.

Nguyen Minh Tan, deputy head of the State budget department under the finance ministry, said since early 2021, State monetary policies in response to the COVID-19 pandemic had been adopted in a comprehensive and timely manner. The State has exempted a number of taxes and fees with a total exemption worth VND140 trillion.

State budget spending has been mobilised for pandemic prevention and control work including the purchase of medical equipment, study of vaccines and domestic treatment medicine as well as supporting employers and employees. The total budget spending has so far reached VNĐ127 trillion.

As of October 2021, about VND68 trillion was sourced from the State budget to contain the pandemic. More than VNĐ13.6 trillion was allocated for support packages.

Tan said the pandemic containment capacity of the Government had been strengthened thanks to experience but the resilience against COVID-19 of the State and people will seriously worsen.

According to a report on the State budget estimate in 2022 submitted by the Government to the National Assembly, State budget collection is estimated at more than VNd1.4 quadrillion, increasing by 3.4 per cent compared to the estimate of 2021.

The State budget spending in 2022 is estimated at more than VNd1.7 quadrillion, an increase of 4.5 per cent compared to the 2021 estimate.

The report is being published on the portal of the finance ministry for public feedback.

The report sets out a number of goals, including "mobilising, allocating and effectively using State resources for the prevention and control of the COVID-19 pandemic; making good use of opportunities to promote socio-economic recovery and development; continuing to maintain macroeconomic stability, control inflation, and ensure social security".

Thanh, said the draft State budget estimate for 2022 had reflected the spirit of sharing actions and mobilising resources to cope with difficulties during the pandemic. However, the budget estimate needs to be more specific and transparent by highlighting how the budget will be spent, how policies will be implemented, in order to target the most disadvantaged people who are migrant workers heavily affected by the pandemic and having to leave jobs in urban areas to return to their hometowns.

“It is a paradox that the poorest provinces are often home to the highest number of migrants. Those localities need the highest spending on supporting returning migrant workers.

“It is necessary to allocate budget to the most disadvantaged provinces under a special mechanism, and closely monitor the budget allocation,” he said.

Nguyen Quang Thuong, acting executive director of CDI, said the Vietnamese Government had launched a number of supportive packages for those heavily affected by COVID-19. However, the highest level of support, according to resolutions 68/NQ-CP and 116/NQ-CP, is still lower than the regional minimum wage.

Thuong said each person received the support only one time while each wave of COVID-19 lasted for at least two months. He proposed the Government increase the level of cash support for people.

Nguyen Thu Huong, senior programme manager of Oxfam Vietnam, said: "Vietnam is moving towards the goal of ‘social Security for the entire population’ and to achieve this goal, Vietnam should allocate a minimum budget for social security, maybe from 6-10 per cent of GDP.”

Public debt is anticipated to increase rapidly in 2022-2024, exceeding the VND4 quadrillion threshold and getting closer to VND5 quadrillion.