VietNamNet Bridge – While the government agencies’ reports affirm the obvious recovery of the national economy, economists don’t keep such optimism.

VietNamNet Bridge – While the government agencies’ reports affirm the obvious recovery of the national economy, economists don’t keep such optimism. 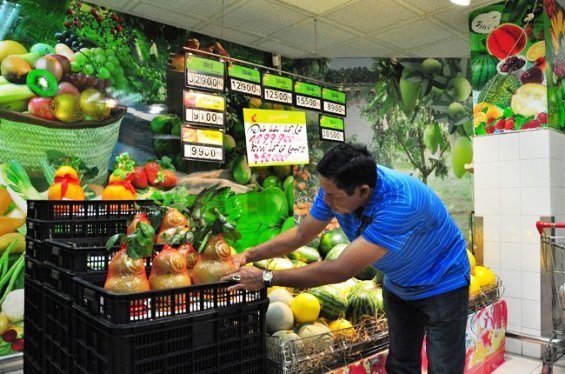 The industrial production index increased by 5.2 percent in the first quarter of 2014, higher than the 4.9 percent increase reported for the same period of the last year.

“No one says that we have absolutely escaped from the crisis. However, things clearly are going better,” said Bui Ha, Director of the General Planning Department of MPI.

Ha emphasized that the consumer price index (CPI) increase in the first quarter of 2014 was the 15-year lowest rate, but it is still 4.4 percent higher than March 2013.

“The increase is still double the red line set by the EU,” Ha noted. “As such, the deflation, which economists have warned about, does not occur.”

According to Ha, Vietnamese economists “have got used” to the high inflation rates in Vietnam, therefore, they have been overcome by fear when hearing about the low CPI increase.

The MPI’s report showed that there were 18,358 newly set up businesses in the first quarter of 2014 with the total registered capital of VND98 trillion, up by 17 percent in the number of businesses and 23 percent in capital.

Meanwhile, 16,745 businesses got dissolved during that time.

While MPI’s reports provided the satisfactory figures showing the recovery of the national economy, Huynh Dac Thang, Deputy Director of the Planning Department of the Ministry of Planning and Investment, commented that MPI a bit too optimistic about the current situation.

Thang has warned about the high inventories, an indicator for the weak demand and the stagnation. The inventory index in the first quarter of 2014 was 13.4 percent, while the consumption index was 4.3 percent only.

Pointing out that the consumption index was lower than the inventory index, the high ranking official affirmed that the situation is not really optimistic.

He commented that MPI “forgot” the factor that the high inventories and the low CPI increase have been caused by the low purchasing power.

“I am afraid that the production stagnation would lead to danger,” he said.

Head of the Vietnam Economics Institute Tran Dinh Thien told the local press that the higher growth rates of the next quarters--over the previous are not enough to come to the conclusion that the Vietnam’s economy has escaped from the worst.

“Though the macroeconomic problems have been controlled, a lot of uncertainties still exist,” he said.