The Government's proposal to issue US$3 billion in international bonds may be the best solution to handle the country's rising national debt, said several vocal economic analysts and government officials.

The Government's proposal to issue US$3 billion in international bonds may be the best solution to handle the country's rising national debt, said several vocal economic analysts and government officials. 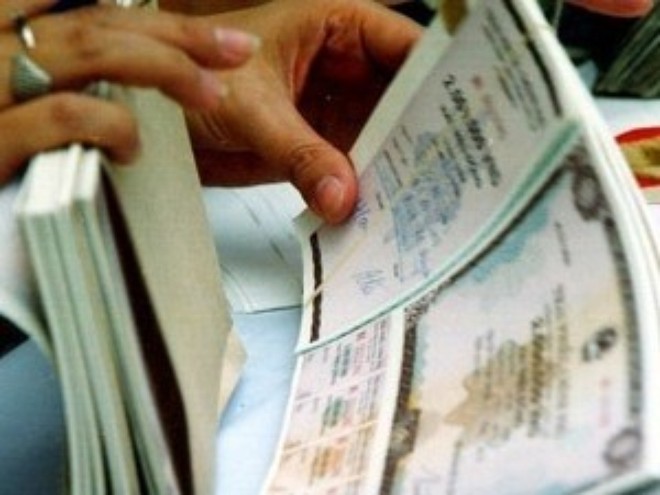 In the middle of October, the Government proposed to the National Assembly that the country sell bonds on the international market as a way to restructure national debts arising in the 2015-2016 period. If the idea is actualized, it would be the first time Vietnamese bonds made it onto the global market.

However, public opinion has been mixed. Some worry that the move would be risky in light of the country's low economic performance, others worry about potential changes in the global financial market like the undecided US Fed rate and China's economic slowdown. Media reports cite uncertainty about the strength of foreign investor response.

Truong Van Phuoc, Deputy Chairman of the National Financial Supervisory Committee said that the international bond issuance was the best way for the Government to pay short-term debts.

He said that the bonds were low-interest loans that the government could use to payoff overhanging high-interest loans that are now due. The proposed bond terms, 10 to 30 years with interest rates set on international currency conditions at the time of issuance, could offset debt for decades with better terms.

He didn't deny that the $3 billion figure would have a direct impact on the country's public debts in the future, but he added that the Government had no other choice when facing considerable State budget issues caused by the country's low economic performance and a slow-developing private sector.

International bond issuance wasn't an abnormal solution, said Le Quang Hai, Deputy Director of SCS Audit Global and an analyst at Chartered Financial Analyst (CFA). He said they were often used by other economies to make payment on short-term loans.

The bonds would increase capital flow needed to pay loans that are due, he said, adding that the only issue was when and how the Government sells the bonds.

If Viet Nam delayed making the move, it might face both higher debt and higher interest rates if the US central bank raised its interest rate in the next year.

He said that the plan was not to sell all $3 billion immediately; the issuance would be spread out throughout the next year. VNS