The Cu Chi Tunnels are located in Cu Chi District from the northwest of HCM City. The tunnel complex stretches a total length of more than 200 kilometres.

The tunnels were dug with simple tools and bare hands in the 1940s, during the French occupation. The main axis system has a host of branches leading to underground hideouts, shelters, and entrances to other tunnels.

Built by Vietnamese soldiers as shelter from US troops during the war in Vietnam, the tunnels were used by local independence fighters as hiding spots during combat.

The tunnel sections in the two communes of Phu My Hung and Nhuan Duc have been preserved. Some parts of the tunnels have been restored to serve tourists.

The tunnels are situated in the areas with highly-durable clay and laterite, so the risk of erosion is low.

Each tunnel is very narrow and often only wide enough for one person to move. Lying at the depth of 3-12 metres, the tunnels could bear heavy bombing.

The tunnels are divided into different parts, including working areas for commanders, health areas and those for food storage and weapons.

Iceland President Ólafur Ragnar Grimsson and his wife came to visit the tunnel in 2015 on his visit to HCM City.

The People’s Committee of HCM City has sent a document to the Ministry of Defence to seek its advice on compilation of relevant dossiers about the Cu Chi Tunnels as the city strives to gain UNESCO recognition of the tunnels as a world heritage site.

The area for military equipment 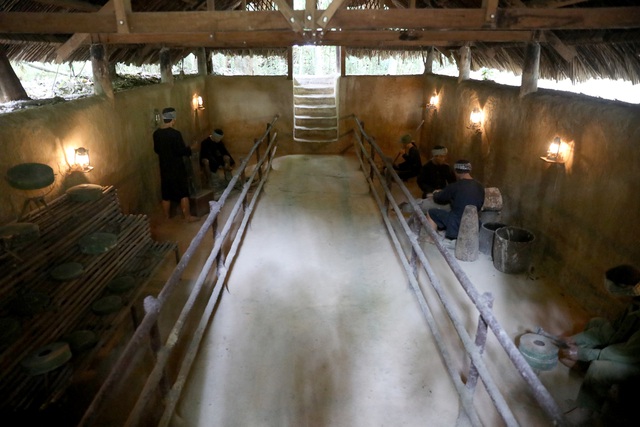 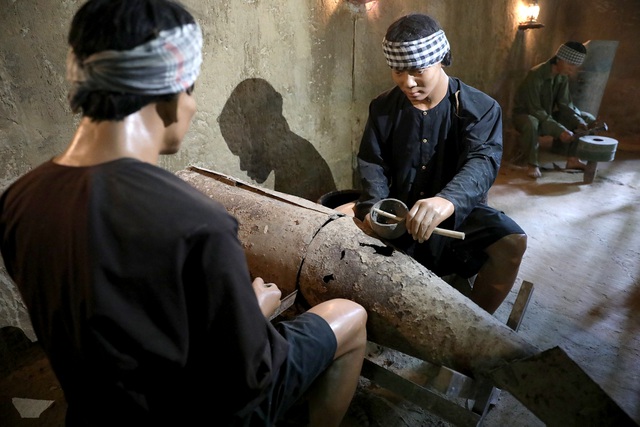 A model of Vietnamese soldiers working 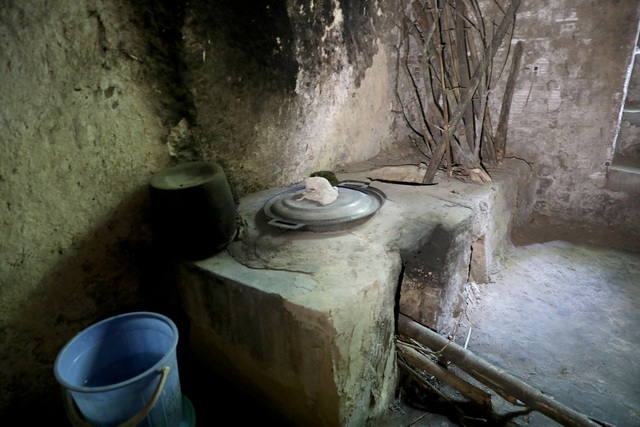 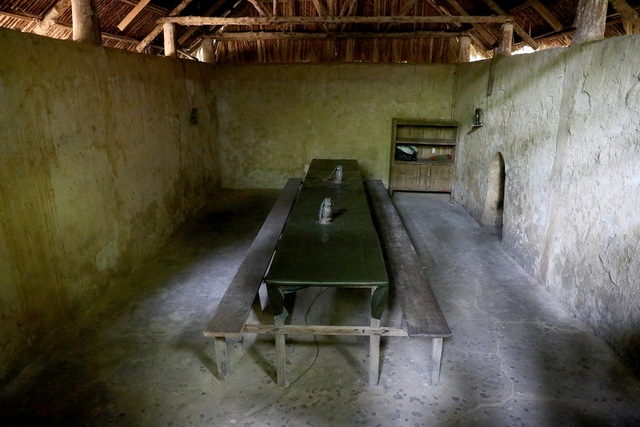 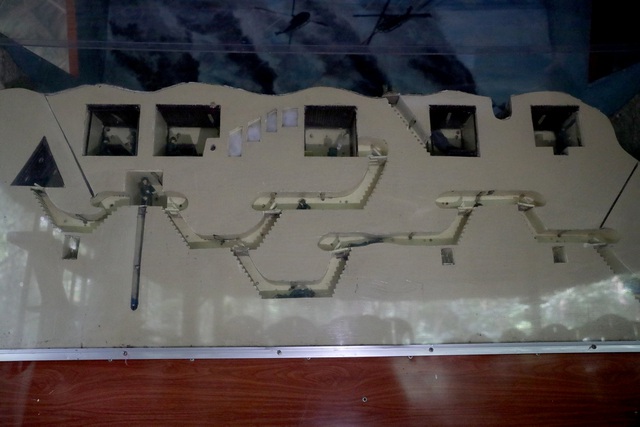 Model of a side sections of the Cu Chi Tunnels