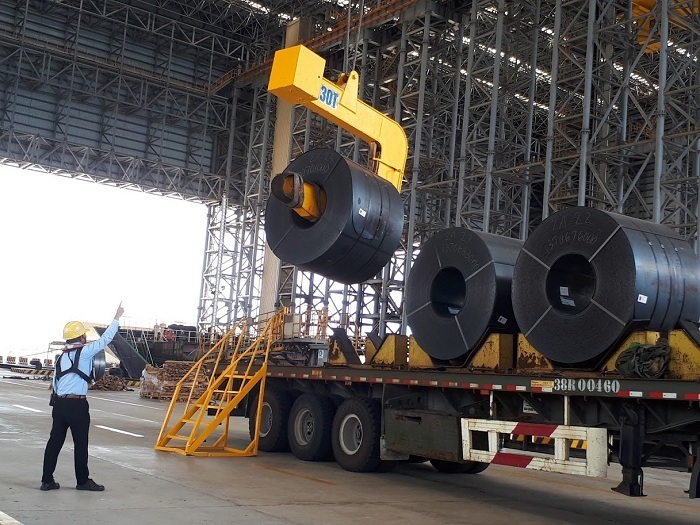 The Ministry of Investment and Trade (MOIT) report on the industry and trade development showed an estimated excess of imports over exports of $1 billion in June.

According to MOIT, Vietnam’s export activities in the first six months of the year still maintained a high growth rate over the same period last year. The exports were described as relatively sustainable, based on uniform growth in all important business fields, including electronics, textile and garment, machines and equipment, seafood, and growth from all important markets, including the US, China and EU.

The ministry predicted that import/export activities will continue to be bustling in the time to come, when FTAs (free trade agreements) are implemented in a more comprehensive and effective way.

The US and Europe have begun step by step removing restrictions after reaching a certain percentage of vaccinated people. A recovery in demand for goods in the world market will allow Vietnam to boost the export of industrial consumer goods.

Nguyen Viet Phong from the General Statistics Office (GSO) pointed out that imports of consumer goods have increased sharply and the prices of imports have also risen.

In the first six months of the year, Vietnam spent nearly $1.8 billion to import CBU (complete built unit) cars, an increase of 94.7 percent over the same period last year. The high imports of consumer goods will weaken the competitiveness of domestically made products.

MOIT’s report showed a sharp increase in products that need control and restriction in imports. The import turnover of this group of products reached $10.3 billion in H1, up by 42.3 percent over the same period last year.

Of this group, import turnover of vegetables and fruits increased by 17 percent, sweets and cereal products 38 percent, and CBU cars (with less than 9 seats) 67.3 percent.

“If Vietnam doesn’t have solutions to restrict the trade deficit, a long lasting trade deficit, especially high imports in consumer goods, will have a negative impacts on the economy,” he said. “This would cause a waste of foreign currency spending and affect domestic products."

However, MOIT said the trade deficit is not worrying.

In general, the import of input materials for domestic production are always high in the first half of the year and then decrease in the remaining months.

Vietnam’s exports reach their peak in the second half of year.

The demand for Vietnam’s exports is expected to continue rising in H2, especially the demand for electronics, equipment and machines, wooden furniture, textiles and garments and seafood.

The trade balance is expected to see improvement in the time to come.

However, the ministry warned that import/export activities may bear negative impacts from the fourth Covid-19 outbreak in many localities, including major manufacturing centers such as Bac Giang, Bac Ninh, Hanoi and HCM City.

Meanwhile, Asia continues to be a COVID epicenter with new cases on a rapid rise. Therefore, enterprises need to make great efforts to improve their competitiveness and capability to adapt to new circumstances and grasp new opportunities.

Vietnam is undergoing industrialization and modernization, so demand for imports is very high. As Vietnam mostly does outsourcing and assembling, it needs to import components and input materials in large quantities for domestic production.

The small excess of imports over exports is not a big problem.

“Looking at the structure of imports, one can see that Vietnam mostly imports means of production. The imports of consumer goods have also increased, but they just account for a small proportion of total import turnover,” Phong added.

After months of continuous trade surplus, Vietnam witnessed the return of a trade deficit in May, but it is too early to conclude whether this represents a new trend in the balance of trade though a bumpy road remains ahead for businesses.