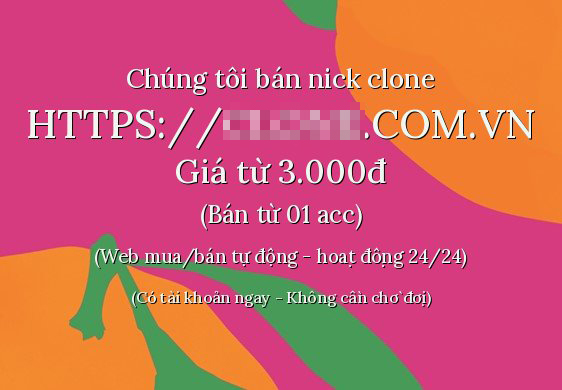 A lot of celebrities, including Quang Hai (footballer), Son Tung M-TP (singer), Baroibeo and PewPew (streamers), have complained that their accounts were hacked.

Some individuals accepted the account loss and restarted from the very beginning. Some others asked for intervention from Facebook Singapore and others accepted to pay a ransom for the accounts.

Previously, hacking celebrities’ nicknames and asking for ransom was a popular business among hackers. However, the business could not be done for a long time because of high risks. The people could not get their Facebook nicknames back easily.

Therefore, hackers decided to attack the Facebook accounts of normal people, with the authority to administer large groups or fanpages. These could be renamed and re-sold at high prices with no high risks.

Only the fanpages with verified blue checks have the right to run livestream ads, and they are recommended to viewers. The one of Ivanovic is an example.

These are very valuable in the eyes of online sellers as Facebook has tightened control to prevent ads about counterfeit goods.

It seems that it is easier to appropriate blue-checked accounts of other people than spending time creating new fanpages and requesting Facebook to grant blue checks.

If someone loses his nicks, they will not only expose theur emails, telephone numbers, but also the accounts to log in to.

The situation will be even worse if the email and Facebook passwords coincide with bank accounts and personal email passwords.

Not only celebrities or fanpage administrators face the risk of losing their accounts, but normal individuals also have the problem.

Even the most worthless Facebook nicknames can be used to send spam messages, tag friends, send friend-making invitations, or invite others to ‘like’ fanpages. All these are called ‘seeding’.

Threat data key to fending off future cyberattacks against banks

Amidst the increased use of online banking and e-wallets in the region, partly fuelled by the Covid-19 pandemic,