The seafood company of Le Van Quang, dubbed the ‘Shrimp King’, is facing an international lawsuit, and reporting a sharp fall in profit in 2019. However, it still plans to pay hundreds of billion dong worth of dividends.

Minh Phu Seafood (MPC) has fixed the right to receive dividends in cash, VND1,500 per share. With nearly 200 million shares in circulation, the total amount of money Minh Phu will have to pay for dividends is VND300 billion. The money will be paid on November 26. 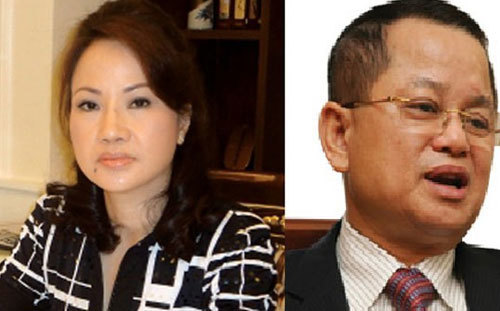 President of Minh Phu Group Chu Thi Binh and her husband, Le Van Quang, and their family members are holding 87 million MPC shares and will receive VND130 billion in dividends.

VND300 billion for dividends is be a relatively high figure, but it is still modest compared with the dividends paid in previous years and with the initial plan.

In 2018, MPC shareholders received VND7,000 in cash per share (70 percent). In 2019, it initially planned to pay 50 percent in cash, but later lowered the proportion to 15 percent, retaining profits to ensure the cash flow in the context of the epidemic.

Minh Phu seafood is the biggest shrimp production company in terms of revenue.

It is an international lawsuit in the context of the US tightening the control over imports. CBP stated it has evidence of a legal violation by MSeafood, a subsidiary of Minh Phu Seafood. The company has been suspected of mixing imports from India with Vietnam’s shrimp to avoid anti-dumping duties.

CBP said that Minh Phu imported shrimp from India and used the shrimp during the processing of frozen shrimp at their production workshops.

The allegation is that frozen shrimp from India were "minimally processed" in Vietnam and sold to the US through Mseafood as a Vietnamese product.

According to the Shrimp Alliance, the US DOC began imposing anti-dumping duty on frozen shrimp from Vietnam, India and other countries in 2005, but in July 2016, Minh Phu was excluded from the list of companies. Meanwhile, India is still bearing the tax rate of 10.17 percent.

Many listed companies are paying high dividends despite the pandemic. Binh Minh Plastics has advanced VND232 billion for cash dividends for the first phase in 2020, while Quang Nghia Sugar is paying VND530 billion.