Farmers get help to sell produce via e-commerce

Viettel Post is helping Hai Duong farmers sell produce on e-commerce sites and will expand that aid to other localities in the country. 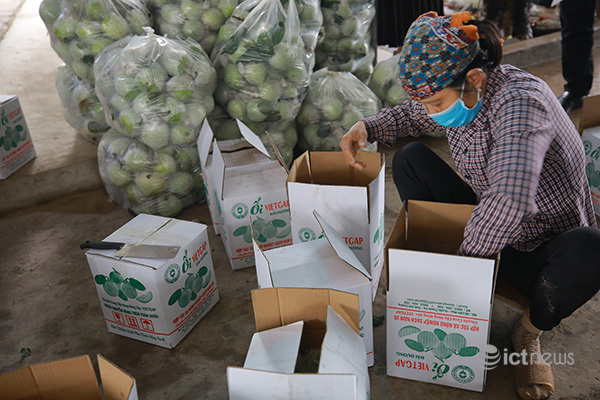 The campaign for using digital technology to boost farm produce sales was launched by Viettel Post on March 2, 2021 in Hai Duong.

“With digital technology, we help farmers find new distribution chains so as to maintain production activities and keep the production unaffected by anything,” he said, stressing that this is a long-term program to develop e-commerce, not just a temporary solution to rescue unsold produce.

In addition to the large delivery network, Viettel has favorable conditions to use the solution. It can run the campaign because it has developed Vo So since mid-2019. The e-commerce website has been providing local specialties online and has also built a solution allowing customers to trace the origin of the produce available on Vo So.

Viettel Post has also taught 100 percent of farmer households in the locality how to sell produce on the e-commerce site. The farmers have learned how to organize livestreams to get more orders and how to pack produce to keep it fresh. Viettel Post has also given support in advertisements and media, and transportation.

Postmen have become program ‘ambassadors’, introducing the program to clients.

There are now seven stalls on Vo So that provide Hai Duong’s farm produce, six of which were created by cooperatives and farmer households themselves.

As of the end of March 8, 3,600 orders for Hai Duong’s farm produce had been placed. Of this number, produce for 3,000 orders have been delivered to consumers.

Hung of Viettel Post told VietNamNet that the company plans to expand the campaign in other localities as well, not only in Hai Duong.

Vietnam is improving its legal framework to promote the development of e-commerce with a focus on preventing trade fraud.

E-commerce websites to be given ratings

E-commerce websites will be given ratings to increase customers’ trust in purchasing and payment activities in the online environment.