The Asia Pacific Gateway (APG) undersea cable, which connects eight countries and territories in the region, is facing problems with its S1.7 section, about 910km from Southeast Asia. 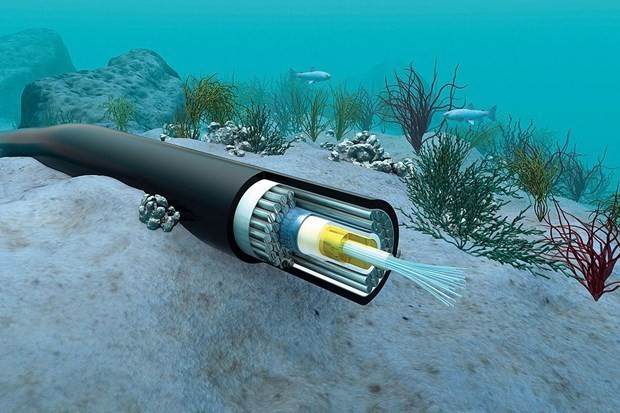 The fault was detected at 9pm on April 15, the Internet Service Provider (ISP) said on April 17, noting that there has been no information about the repair work from the operator so far.
Vietnam's undersea internet cables break around 10 times a year on average, with each lasting for about a month.
The APG cable, officially launched in December 2016, is capable of providing bandwidths of up to 54 Tbps (Terabit per second). It runs 10,400 kilometers (6,460 miles) under the Pacific Ocean, linking Japan with Hong Kong, Malaysia, Singapore, the Republic of Korea, Taiwan, Thailand, and Vietnam.
Vietnam is considered one of the countries with the highest internet usage and development speed in the world.
As of January 2021, out of its population of over 96 million people, the number of internet users reached approximately 69 million, according to a global consumer survey by German data portal Statista.