FDI capital is not coming from the 'best' firms

The best factories and companies from the US and Japan do not move to Vietnam, but to Malaysia, Thailand and Indonesia.

The latest report of the Vietnam Institute for Economic and Policy Research (VEPR) shows unstable growth in FDI in Vietnam since 2018. 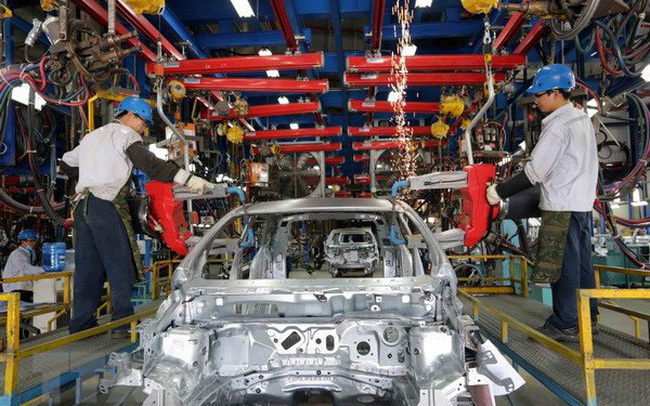 The US-China trade tensions which began in 2018 was hoped to help increase the foreign capital flow to Vietnam.

In the first six months of the year, FDI increased by 9.7 percent, or higher than the 8.5 percent increase of the same period last year, but this did not catch up with the growth of the non-state sector.

By the end of June, 1,723 projects were licensed, an increase of 26.1 percent, with total registered capital of $7.411 billion, a decrease of 37.2 percent compared with the same period last year.

Among foreign investors, China continues to be the biggest investor with newly registered capital of $1.676 billion. The subsequent positions belonged to South Korea with $1.239 billion, Japan $972 million and Hong Kong $920.8 million.

“Vietnam’s strong and weak points have been exposed in the trade war,” Nguyen Duc Thanh, head of VEPR, said.

According to Thanh, Vietnam is in the middle of the regional and global production chains, therefore, even when foreign investors relocate their factories out of China, the best companies won’t choose Vietnam as the destination.

“Big corporations of the US and Japan move to Malaysia, Thailand and Indonesia. The capital flow to Vietnam has increased, but from medium companies with corresponding technologies,” Thanh said.

Meanwhile, Can Van Luc from BIDV said he is always asked by foreign experts about Vietnam’s capability to absorb foreign capital.

According to Luc, four factors are needed to absorb the capital, including institutional mechanism, or investment environment, infrastructure, skilled workers and the development of supporting industries.