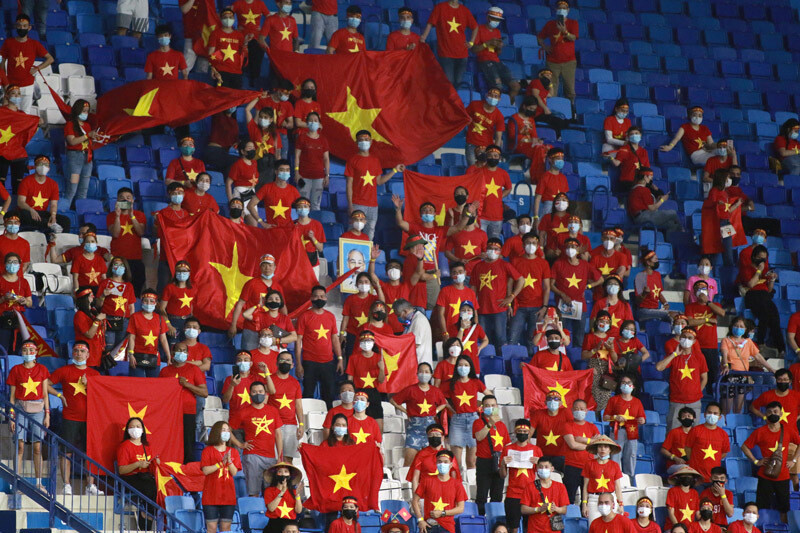 1. Not long after winning the ticket to the third qualifying round of the 2022 World Cup, the Vietnamese team and head coach Park Hang Seo also determined the opponents in the next stage.

According to the draw results, the team headed by the South Korean strategist will confront Japan, Australia, Saudi Arabia, Oman and China on the way to find a ticket to Qatar, commencing from September.

Matches are scheduled to begin in September in a round-robin home and away format. Qualifying is expected to be completed in March next year.

Two teams that top each group will qualify for the finals in Qatar, while the two teams on third place will face each other in a playoff for the final place at the World Cup.

The draw results are not surprising, and the path ahead for the Vietnamese national squad won’t be easy. Coach Park Hang Seo, experts and fans all understand rivals which have reached the third round, are all formidable. They are all very strong and in order to defeat them, Vietnam needs to overcome the slope.

2. Of the five opponents of the Vietnamese team, China is the most awaited one. This is not because the national squad from the country with one billion people is believed to be the No 1 candidate of the group. In fact, China is just a little bit better than Vietnam in terms of technique.

That pressure may make the South Korean captain not very happy. Because for Park, the match against China, which should be actually normal like many other confrontations, has unreasonable pressure and will greatly affect the Vietnamese team.

3. It was not until when Vietnam entered the third qualifying round of the 2022 World Cup that coach Park Hang Seo talked about the goal he wants to reach with the Vietnamese football during the remaining time of the second contract.

The South Korean captain repeatedly said he wants Vietnam to set a long-term development plan and strive for higher goals instead of the victories in the region.

Park has been doing and has successfully laid a foundation for Vietnam’s football when helping the Vietnamese squad to the third qualifying round of the 2022 World Cup. He stressed that the national team needs to make every effort to overcome difficulties when it is still inferior to opponents in terms of rank.

Obviously, the goal of the Vietnamese team and Coach Park Hang Seo for the third qualifying round of the 2022 World Cup is not just defeating only China, which is only one of the opponents Park wants the national team to exert every effort to win.

This means that no matter Vietnam faces Japan, Australia, or even South Korea, the goal of getting good results or winning over the opponents won’t change for both the national squad and Coach Park Hang Seo.

And if it is really necessary to set a perfect goal for Vietnam to strive for, Park may choose winning over Japan, Australia and Saudi Arabia and then win a ticket to the 2022 World Cup, or playing well with opponents at a higher rank, rather than just striving to win some certain opponents, but failing to implement a plan to upgrade the rank of Vietnamese football in the future.

It is a happiness for Vietnam to go to the third qualifying round of the 2022 World Cup. And it would be a greater happiness if Vietnam can play well and obtain the best possible results. The goal of the Vietnamese national squad is simple.