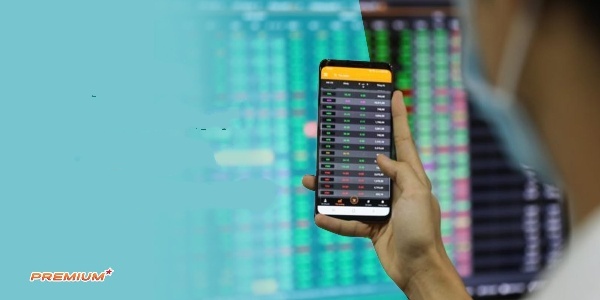 Money flowing into the stock market comes from different sources and mainly from domestic investors. In May alone, as many as 113,674 securities accounts were opened by Vietnamese investors, a record high monthly number, according to Vietnam Securities Depository.

To date, about 3.2 million accounts have been opened, or 3.2 percent of total population.

The figures show the Vietnamese stock market at this moment. More than 4,000 accounts are opened every day, and a large amount of capital is poured into the market.

The world became aware of the strength of F0 (new investors) after Gamestop shares saw prices skyrocketing on Wall Street, upsetting all predictions and efforts by institutional investors. The social distancing effect during Covid-19 led to the boom of F0.

Though most F0s don’t have deep knowledge and experience about financial investments, their fearlessness can help them dominate the market.

In Vietnam, the number of F0s increased sharply in 2020 and the first months of 2021, when foreign investors sold more than bought.

A report found that since the beginning of the year, foreign investors have had net sales of VND30 trillion. The figure was high and it would have battered the market if there had not been F0 investors.

The investors absorbed all the shares sold by foreign investors, helping to create a rebound of shares in most business fields.

Regarding market liquidity, the cash flow continuously hit historic peaks in trading sessions. A rare phenomenon occurred on June 1: HOSE had to close the door on the afternoon session because of high cash flow. On that day, only the morning session was organized, when nearly $1 billion worth of shares were transferred.

Many records have been made recently. The trading value of all three bourses made a record of VND32 trillion, of which order-matching value was VND30 trillion. The VN Index dropped sharply by 20 points in the morning trading session, but bounced back later in the afternoon session to the new height of 1,328.05 points.

The market liquidity has been moving up to new heights thanks to the break on correction and cancel orders from the HCM City stock exchange (HOSE). This helped push the liquidity of the three bourses (the Hanoi Stock Exchange, HOSE and OTC) to a new high of VND37 trillion, including VND31 trillion for HOSE, the third highest in the region, just after Thailand and Singapore.

HOSE’s liquidity has been increasing steadily in the last six months, with the average trading value rising from VND12.5 trillion in December 2020 to VND17 trillion in January 2021 and then to VND18.5 trillion in April and VND21.6 trillion in May.

The big cash flow has helped the stock market continue its booming growth. The ‘Sell in May’ principle was not true last May with the VN Index rising by 9 percent from 1,220 points to 1,328.05 points.

The VN Index continued rising in the first trading sessions of June. It reached an all-time peak of 1,374.05 points on June 4.

The VN Index has increased by 22.6 percent so far this year, becoming one of the highest increases of indexes in the world. The stock market is still an attractive investment channel for investors in the near future.

Capitalisation on the Ho Chi Minh Stock Exchange (HOSE) in May rose 7.07 percent month-on-month to more than 4.97 quadrillion VND (over 216 billion USD), equivalent to about 79.09 percent of the country’s GDP at the end of 2020.