Billions of dollars flow to Vietnam through M&As

Analysts say a series of large M&A deals will be made in 2021.

After a decade of strong growth with thousands of transactions and total value of roughly $50 billion, the Vietnamese M&A market is entering a new development period with a lot of new opportunities. 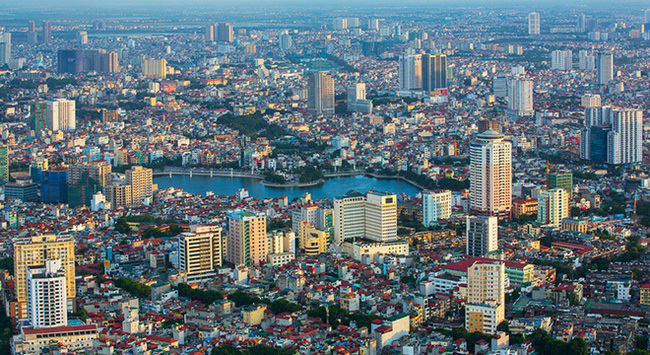 A lot of large deals with the participation of foreign investors and private corporations were reported in the second half of 2019.

These included the merger of VinCommerce and VinEco with Masan Consumers of the Masan Group, KEB Hana Bank’s acquisition of 15 percent of BIDV shares worth $878 million, and the purchase of Vinhomes shares by KKR & Temasek, worth $652 million.

Analysts noted that the most outstanding deals in 2019-2020 all relate to Vietnam’s private corporations, such as Masan, Thaco, Gelex and Vinamilk.

The Covid-19 pandemic has had a negative impact on global economy and investment activities as well. The M&A market has slowed down. The M&A market in 2020 is predicted to have value of $3.5 billion, just 48.6 percent of 2019.

However, investors believe that the market will bounce back in the post-Covid-19 period. It is expected that the market will recover to reach the value of $4.5-5 billion in 2021 before rebounding more strongly later with new deals, including the state’s divestment deals, slated for the years after 2021.

If all the political and economic conditions are favorable and the global economy recovers well, the ‘repression’ in the 2019-2021 period will be ‘liberalized’ in 2022.

The market may witness a V-shape recovery and the value of M&A deals may reach $7 billion by that time.

Do Van Su, deputy director of the Foreign Investment Agency (FIA) under the Ministry of Planning and Investment (MPI), showed a noteworthy figure at a press conference before the 12th M&A Forum 2020 to be held in December by Dau Tu Newspaper and AVM Company. The value of M&A deals between foreign investors and Vietnamese businesses is just equal to 40 percent of the last year, while the number of deals only 50 percent.

The peculiarity of the deals is the flow of capital from outside Vietnam. The restriction in travel between countries in the last 10 months has affected market research. Su noted that the deals wrapped up this year mostly started in previous years.

In addition to FDI, M&As will be an important part of foreign investors’ activities. Though figures show a slowdown, with an irreversible trend, the FIA official said M&As which have been ‘compressed’ in the last two years will see a boom in 2021.

Pham Mai Huong from KPMG Vietnam affirmed that in the first months of 2020, the number of clients seeking M&A opportunities did not decrease, especially in the fields of infrastructure and real estate.

Tran Thi Bao Ngoc from VPS Securities noted that investors are now interested in consumer finance and technology platform, which is the minimum requirement set by the company’s clients.

Analysts said large deals are likely to be made in 2021. The countries to lead M&As in the time to come are South Korea and Japan with value of deals at $500 million or higher.

They affirmed that the pandemic won’t make the M&A market less attractive. It only has small impact on the time to wrap up deals.

Nguyen Van Khanh from JLL Vietnam said the big challenge for Vietnam to receive M&A capital is the transparency in corporate governance and legitimacy of projects.

This is because foreign investors are very concerned about the reputation of businesses and the legality of projects. If local investors can meet those criteria, more and more M&A deals will be made in 2021 and the following years.

Vietnamese companies need to meet the requirements of foreign firms if they want to participate in global supply chains from mid-2021 when the Covid-19 pandemic is expected to be under control, experts said.

The plan to develop household businesses into normal businesses has not succeeded. The goal of having 1 million businesses in the country by the end of 2020 will not be met.