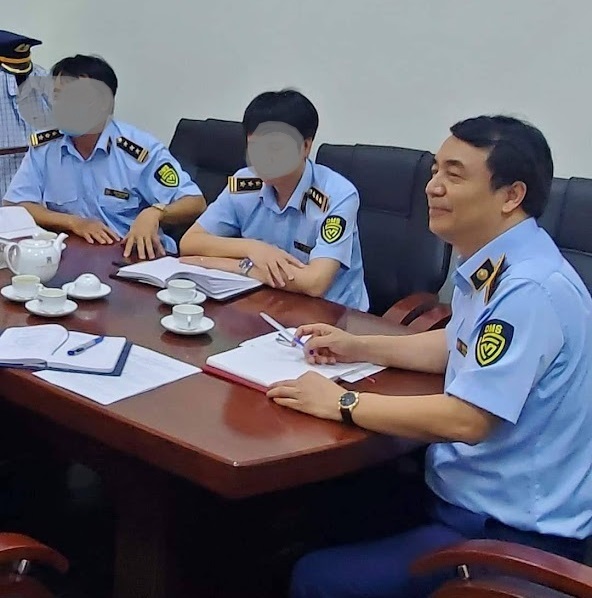 Several days ago, an official of the HCM City Department of Market Surveillance died after being exposed to Covid-19 when performing his duty at a checkpoint in the city.

A report found that 1,772 officers have been on duty at checkpoints to ensure compliance of regulations in the last four pandemic outbreaks. They have contributed to protecting the health of the community and ensuring the smooth circulation of goods.

During the pandemic, the market control force have helped boost the consumption of farm produce. Some checkpoints serve as sales points that sell farm produce directly to consumers.

In struggling against counterfeit goods and trade fraud, in the last two years, the force has discovered large-scale cases in many localities, from the north to the south.

Analysts say that this period saw the largest-ever counterfeit goods trafficking cases, especially after the market surveillance agency was upgraded to the Directorate of Market Surveillance.

However in this period, dubious actions committed by some unethical officials were brought to light.

In June 2021, the Central Inspection Committee decided to discipline and dismiss Nguyen Quoc Tru, former Head of the Phu Tho Market Surveillance Department, from all positions in the Party. It expelled Vi Ngoc Khang, former Deputy Head of the department from the Party, and gave warnings to two other leaders of this department.

Prior to that, the Phu Tho Police issued a decision to start legal proceedings against Vi Ngoc Khang, and released a four-month detention command to the subject, who was Deputy Director of the Phu Tho provincial Market Surveillance Department and Chu Ngoc Hoang, Bui Manh Cong and Ha Minh Tuyen, the market inspectors of the 8th Market Management Team. The aim is to investigate the act of "abusing position and power while executing official duties" as stated in Article 356 of the Penal Code.

After discovering three ships selling petroleum products illegally, Vi Ngoc Khang told members of the inspection team not to seize or confiscate the evidence of violations for the state, which were three tankers and oil in the storage compartment.

According to Phu Tho Police, the five defendants caused a loss of VND700 million to the State.

The police have recently begun investigating a case of manufacturing and trading of counterfeit goods, and abuse of position and power. This involved people performing official duties and using bribes. The parties involved were Hanoi Printing and Culture Communication JSC, Phu Hung Phat Production and Trading Co., Ltd, the Market Management Team No 17, Hanoi Market Surveillance Department and related units.

This is believed to be the biggest ever case involving fake books.

A few days ago, the the Police Department for Corruption, Smuggling and Economic Crimes (C03) under the Ministry of Public Security prosecuted and detained Tran Hung, the main controller and former Head of Team 304, now Head of Team 1444 of the Directorate for Market Surveillance, and accomplices.

Tran Hung was charged with the crime of "abusing position and power while performing official duties" specified in Article 356 of the Penal Code. Nguyen Duy was prosecuted for brokering bribes.

At a working session with the Directorate of Market Surveillance on August 20, 2021, Minister of Industry and Trade Nguyen Hong Dien said the wrongdoings in performing official duties were increasing, ranging from administrative violations to criminal infringements.

Reporting on the effects of the Prime Minister Directive 16 in southern provinces, Taskforce 970 said that production and consumption of farm produce have become stable but prices of some seafood, poultry meat and pork have begun increasing again.

Forces at checkpoints in Hanoi imposed VND1.4 billion in fines during the first 15-day social distancing campaign, ending on August 7.