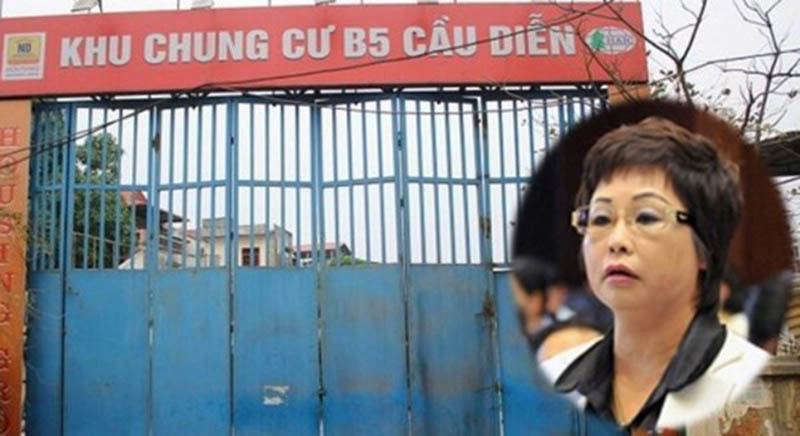 In August 2020, the Dong Anh district Project Management Board organized an auction for a 5-hectare land plot in Co Duong commune. The Hanoi Valuation and Investment JSC estimated the auction value of the land plot at VND500 billion. Loan colluded with relevant parties to adjust the prices to below the real value.

The defendants fabricated 12 survey documents and lowered the value to VND300 billion. The land appraisal council approved the floor price of VND18 million per square meter and put the land plot up for auction.

2. Chau Thi Thu Nga is the owner of Housing Group, established in 2020. It operates as a joint stock companies with many shareholders. But, though the shares are under others’ names, all the activities of Housing Group were decided by Nga.

In 2008, Nga signed a contract with HAIC on developing a project of an apartment building and villas at the land plot B5 Cau Dien. From 2009 to November 2020, the project on the land could not get a license from competent agencies. This meant that the project developer could not mobilize capital from the public to implement the project.

However, Nga instructed her co-workers to provide false information about the legal status and the progress of the project. This allowed her to attract many buyers, who paid money for the apartments which would take shape in the future.

In 2009-2013, Nga and the defendants, authorized by her, signed 700 contracts on capital contribution to implement the project. They collected VND377 billion from customers and committed to transfer 752 apartments to them after the project was completed.

Of this amount, Nga has refunded VND28.7 billion to 43 clients. The other VND348 billion has not been paid back, and she has no apartments to deliver. She said she has had to spend the money on many things, but it has been difficult to prove this.

3. HCM City Police have announced the decision to prosecute and detain Pham Thi Tuyet Nhung, 38, Director of Angel Lina Consultancy and Investment, for her behavior of swindling and appropriating assets.

The company fabricated many ‘bogus’ projects on public land in districts 9 and BinhTan in HCM City and offered to sell projects to people under the mode of capital contribution.

In capital contribution contracts, Angel Lina committed to give land-use right certificates to clients after 12 months. If the company broke the contract, it would have to give back money to investors and compensate 50 percent of the amount of money it received from clients.

However, clients did not receive the land and compensation as promised. Nhung fled. The police estimate that the amount of money the company appropriated is up to tens of billions of dong. 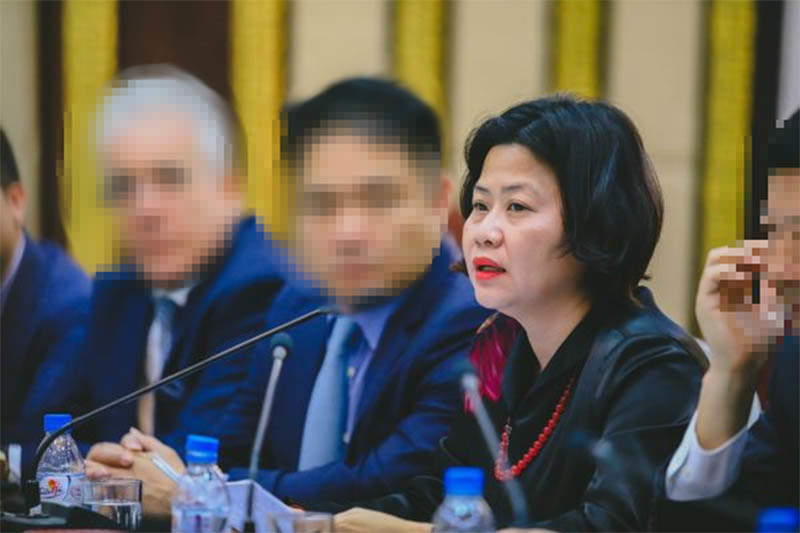 4. Regarding a project on the ‘golden’ land plot at No 8-12 Le Duan Street in District 1 in HCM City, the investigation agency decided to prosecute and arrest Nguyen Thi Thu Thuy, born in 1958, former Director of HCM City Housing Trade Management, and Le Thi Thanh Thuy, born in 1979, Chair of Hoa Thang Nam Co Ltd and Lavenue Investment JSC, as defendants in the case of violating regulations on the management and use of State assets, causing waste and losses.

The land plot has the area of nearly 5,000 square meters, belonging to the State. Previously, it was leased to four companies under Ministry of Industry and Trade (MOIT) to use as offices. In 2007, the HCM City People’s Committee took back the land and organized bids to select experienced investors to build a 5-star hotel there.

However, in 2011, Nguyen Thanh Tai, who was then Vice Mayor of HCM City People’s Committee, signed a decision on allocating the land plot on the advantageous position to Lavenue Investment JSC to develop a complex with a high-end hotel, and trade-service-apartment purposes for leasing.

Lavenue got the right to develop the project on the land without having to attend bids, which was contrary to the Prime Minister’s regulation on public house and land management. It has never been developed.

5. On August 30, the police announced it had prosecuted and detained Truong Thi Kim Soan, 47, in HCM City, to connection with the investigation of swindling to appropriate assets under Article 174 of the Penal Code.

C01, the investigation agency, said Soan swindled John Koon, Australian nationality, and other companies where he is an authorized representative, out of $11.2 million (VND234 billion).

Prior to that, Soan was a well-known businesswoman in the fields of mining and real estate.

At the time of arrest, Soan was the director and legal representative of Golden Titanium Vietnam Co Ltd, Thien An Mineral Co Ltd, Thien Binh Mineral Investment and other companies.