HCM City, which has many of the conditions needed to become the first smart city in Vietnam, is still finalising plans for its ambitious goal to build an innovative ‘city within a city’ in the eastern part of the sprawling metropolis.

The plans call for merging districts 2, 9 and Thu Duc to become an innovative district based on a digital, knowledge-based economy.

If approved by the central Government, HCM City would be the first locality in the country to manage a “city within a city”.

To seek ideas for the hub, the city last year launched a contest on planning concepts. Sasaki Associates Inc, a US architecture and design solution firm, won first prize worth VND4.5 billion (US$193,960).

The company proposed different zones, facilities and development plans, while ensuring elements needed for a smart city and innovation, as well as other factors to support the growth of technologies and key industries.

A representative of the company said the eastern urban area should be designed to “attract more investment and new opportunities while promoting globalisation and maintaining local culture, appealing to a talented workforce from around the world, and adapting to climate change”.

According to Sasaki, “the planned innovation district is envisioned as a significant economic driver for the city and region, connecting research, entrepreneurship, academia, industry, and the local community to create a diverse innovation eco-system”.

“The city has the potential to expand upon the traditional triple helix model of an innovation district’s structure, involving academia, government and industry, to more directly involve communities and society at the core of its innovation activities while ensuring long-term ecological and environmental resilience,” said Romil Sheth, Sasaki principal.

Nguyen Thanh Phong, chairman of the People’s Committee, said the innovation district, spread over more than 211sq.km and home to more than 1.1 million people, was based on the idea of a hi-tech and smart urban development zone.

HCM City has achieved significant results after more than two years of implementation of a project to become a smart city.

As part of the plan, districts 2, 9 and Thu Duc were selected first, thanks to their intensive science and technology attributes.

The 48sq.km Thu Duc District has a high concentration of educational institutions, research centres and four large universities with more than 10,000 lecturers, including over 1,000 professors, and over 100,000 students.

It will serve as a place for training high-quality human resources.

The 50sq.km District 2 with the new Thu Thiem Urban and Financial Centre will provide infrastructure and international exhibition and financial centres for the innovation urban area and the city as a whole, Phong said.

The 114sq.km District 9, which contains the Saigon Hi-Tech Park, would be a “hub for research and incubating innovative technologies”.

The eastern area boasts modern infrastructure, including the first metro line still under construction from Ben Thanh Market in District 1 to Suoi Tien Theme Park in District 9, and the expressway from HCM City to Long Thanh-Dau Giay in Dong Nai Province and Cat Lai Port, the largest in Vietnam.

Developing a smart city would help HCM City solve serious issues such as traffic jams, floods, environmental quality and infrastructure gaps amid increasing globalisation and rapid development of technologies, according to experts.

The city needs to provide better public services and an improved quality of life for residents, as well as more jobs.

However, Pham Thai Son of the Vietnam-Germany University said the city’s current resources were insufficient to build the innovation district or “a city within a city” in the eastern part.

Dr Nguyen Cao Tri of Van Lang University also noted that it would be difficult for the city to change management methods immediately.

“So it must find creative ways based on current policies,” he said.

Pham Chanh Truc, former deputy secretary of the municipal Party Committee, said: “A smaller area should be designated first as the innovation district and then expanded because the project would involve huge expenditures.”

To make the plan feasible, the city has to start with the basics, such as traffic infrastructure, he said.

“We must build a fully new urban area where priority is given to pedestrians, buses and metro lines, and no longer to motorcycles and private cars,” Tri said.

Dr Nguyen Do Dung, an overseas Vietnamese in Singapore, called for a policy to ensure flexible governance.

“The city should promote its openness and friendliness, and open resources of data, governance, and global connectivity,” he said.

Prof. Tran Hai Linh, chairman of the Vietnamese Business Association in South Korea, recommended setting up an advisory panel to help the city plan the application of technology, artificial intelligence, and renewable energy.

“The government plays a major role as an initial catalyst in mobilising resources and policies for an innovative city with cooperation among universities, research institutes, and businesses.”

Speaking at a recent forum to discuss the vision for the innovation district, Ousmane Dione, World Bank country director in Vietnam, said: “A clear vision, good planning and a skilled workforce are keys to a successful innovation urban area.”

“The State should work with businesses, from master planning to implementing Public Private Partnerships. The state budget should be allocated first. Business funding will follow if they see our success,” he noted.

Dr Nguyen Cao Tri of Van Lang University and other experts have urged the city to seek investment from the private sector.

According to JLL Vietnam, a global real estate services firm specialising in commercial property and investment management, the trend of creating a “city within a city”, commonly referred to as large-scale integrated development, has become the next big trend in Vietnam.

Nguyen Thanh Phong, chairman of the People’s Committee, said the eastern part of the city, including District 2, 9, and Thu Duc, offers good conditions for developing large and innovative city projects.

According to the American Chamber of Commerce (AmCham) in Vietnam, US investors are paying attention to pouring money into and sharing experiences on developing innovative and smart cities in Vietnam.

AmCham has worked with the US Consulate in HCM City, the Ministry of Information and Communications, and other agencies to set up the US-Vietnam Smart Cities Industry Group.

The group has more than 30 members covering urbanisation planning, software and hardware, and energy and wastewater treatment solutions, among others.

Keiji Kimura, chairman of the Japan Conference on Overseas Development of Eco-cities, said many Japanese investors were already involved in urban infrastructure and development in Vietnam.

The Ministry of Construction said the plan is “unprecedented” in the country and would require careful study prior to offering its recommendations.

The ministry noted that the establishment of the eastern city directly under HCM City management would require amendments in urban planning and construction laws. VNS

HCM City authorities plan to establish a steering committee on the creation of a “city within a city” that will include districts 2, 9 and Thu Duc, according to Nguyen Thanh Phong, chairman of the city People’s Committee. 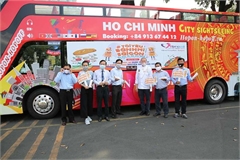 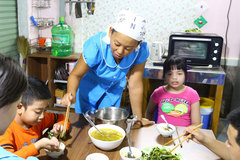 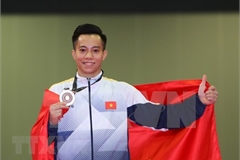 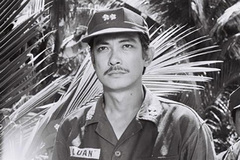 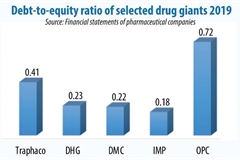 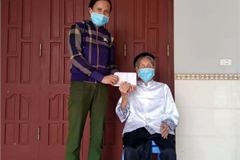 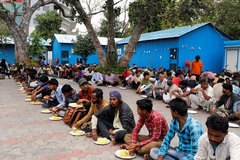 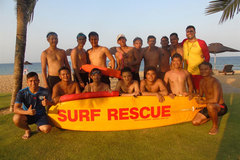 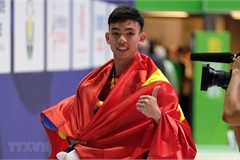 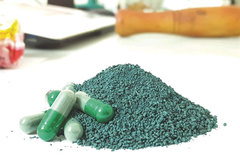 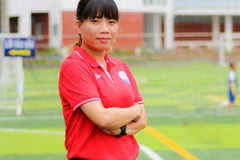 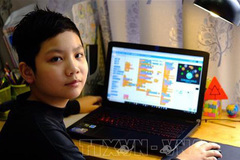