Hybrid electric vehicles to account for 30% of market by 2030 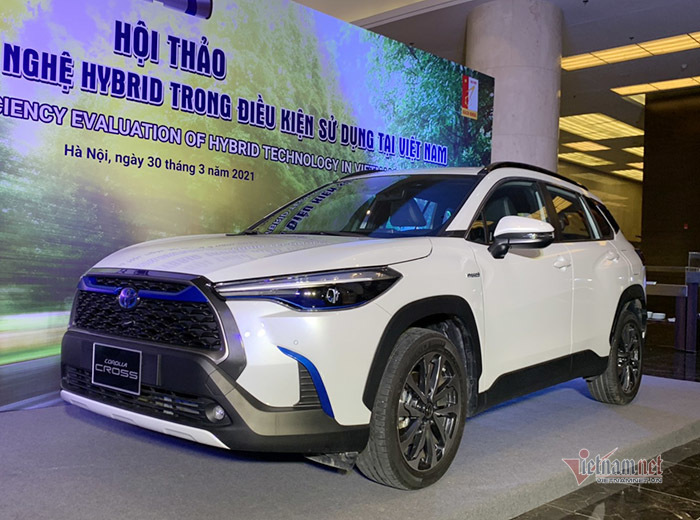 Auto manufacturers are trying to make environmentally friendly and fuel-saving cars by pursuing electric models, which are becoming the flagship models of many manufacturers.

According to Bloomberg news, by 2030, the global market will have more than 90 million electric cars, of which HEV and PHEV will become the major line before shifting to BEV and FCEV.

The major difference between HEV and other electric vehicles is that the former does not need plug-in for recharging. Batteries will be charged thanks to energy recalled when the vehicles slow down or break, or by petrol-engine kinetic energy. The additional power will be provided to vehicles when they start, operate or speed up.

Under Vietnam’s conditions, experts believe that the popularity of BEV won’t be high because this depends on road conditions, infrastructure, charge stations and people’s habits. They believe that HEVs will be more suited to Vietnam and have great potential to develop in the near future.

Vivek Vaidya from Frost and Sullivan said at a workshop about the efficiency of hybrid technology on March 30 that hybrids will be the biggest car market segment in the next 10 years in Vietnam, expected to account for 30.4 percent of total cars by 2030.

The expert said no single solution or technology can win in the competition among electrified vehicles. They need to be combined to exist internationally, depending on the specific characteristics and development strategies pursued by every country.

Experts estimate that hybrids in Vietnam accounts for 0.3 percent. Meanwhile, Thailand, which has similar conditions to Vietnam, has 35,000, or 3 percent.

Hybrids save 60 percent more on fuel than petrol cars

Dam Hoang Phuc from the Hanoi University of Science and Technology, reporting about trial of hybrid technology in Vietnam’s conditions, said HEVs have outstanding advantages over petrol-run cars.

Researchers found surprising results when they compared two Toyota Corolla Cross, one using a petrol engine and the other HEV technology during the first research phase which lasted two months.

On inner-city roads, HEV consumed 5.6 liters per 100 kilometers in rush hours, 4.8 liters in normal hours and 4.6 liters on highways. Meanwhile, the figures were 10.3 liters, 11.2 and 5.7 liters, respectively, for petrol-run cars.

Regarding emission quality, HEVs were permitted to cut 18.5-57.4 percent of the volume of toxic gas emitted into the environment. HEV’s brake was also more effective, and there was no difference in feeling when driving.

Since hybrids don’t need special infrastructure conditions, they are believed to be suited to Vietnam’s transport situation and will reduce the impact of climate change in the country.

First hybrids were brought to Vietnam in 2009. At that time, Lexus RX400h and LS600hL were favored by wealthy people. In 2010, Mercedes Benz S400 Hybrid was launched by the manufacturer in the local market.

However, experts say that the biggest barriers are the high selling prices and expensive spare parts. If Vietnam wants to popularize hybrids, it needs to offer more tax incentives. .

VinFast, the Vietnamese automobile manufacturer, has signed an MOU on strategic cooperation with Taiwanese ProLogium Company to manufacture solid-state batteries for electric cars.