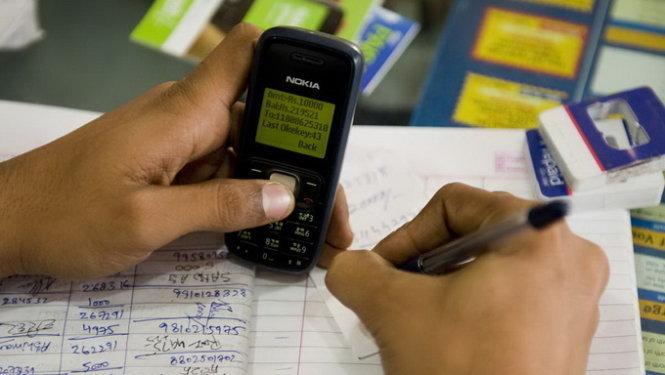 After the Prime Minister released a decision on deploying Mobile Money on a 2-year trial basis, commencing from March 9, 2021, Viettel, MobiFone and Vinaphone, the three largest mobile network operators, said they would officially provide this service from the second quarter.

Analysts say that the appearance of Mobile Money on the payment market will increase pressure on commercial banks. However, they said banks and Mobile Money will be partners for mutual benefit, not rivals.

Can Van Luc, chief economist of the Bank for Investment and Development (BIDV), said once a new player turns up, the competition will increase but it is healthy and necessary.

As in other countries, Mobile Money in Vietnam will only serve payments for goods and services with small value. As such, it will not compete with banks in capital mobilization and lending, which are the two major operations of banks.

Banks will even benefit from the presence of Mobile Money in the payment market, because it helps promote the habit of making payments online, thus having positive impact on the market.

Lawyer Truong Thanh Duc said some years ago, when fintechs were established, they were considered by banks as rivals. But later, banks identified fintechs as partners that cooperate to provide better services to customers.

“We support the development of the model and hope it will become our 'extended arm’,” Thang said.

A representative of TP Bank said the banking sector cannot hold a monopoly in the field of payments and it "cannot do everything well".

“We consider Mobile Money a partner, not an opponent,” he said.

Other bankers also said Mobile Money and fintechs target niche markets and specific market segments that banks cannot reach. Mobile Money is more ‘complementary’ than ‘competitive’ to banks. It can, together with banks, familiarize people with non-cash payments, bringing benefits for both sides.

Banks will have to change

However, according to Nguyen Dac Hung, a respected banking expert, banks will have to become stronger to get pieces of the "payment service pie".

The advantages of Mobile Money are speed and ease of use. If telecom carriers offer competitive service fees, many people will use the service, which means that payments via banks will decrease.

A report found that revenue from services accounts for less than 20 percent of banks’ total revenue. Banks are trying to collect more from services, as this source of revenue is more sustainable and less risky than credit. Therefore, their payment fees are on the rise.

However, the appearance of Mobile Money with competitive service fees will force commercial banks to rethink their strategies.

In theory, Mobile Money targets niche market with clients in remote, rural and mountainous areas where most people don’t have bank cards or the conditions to use modern payment services. People without bank accounts will be the important clients of Mobile Money.

However, if Mobile Money is attractive with its low service fee and convenient transactions, even people who have bank accounts and live in urban areas will use Mobile Money as well.

This could be a concern for banks, because this may lead to a lower growth rate in capital mobilization and lending.

However, economists stress that banks have no other choice than accepting the competition. They need to reform and develop a network to increase opportunities to advertise their products and expand market share. They also need to improve service quality and reduce fees to attract more customers.