Some officials tasked to allocate public investment capital give themselves the right to "grant favors" to agencies and businesses. 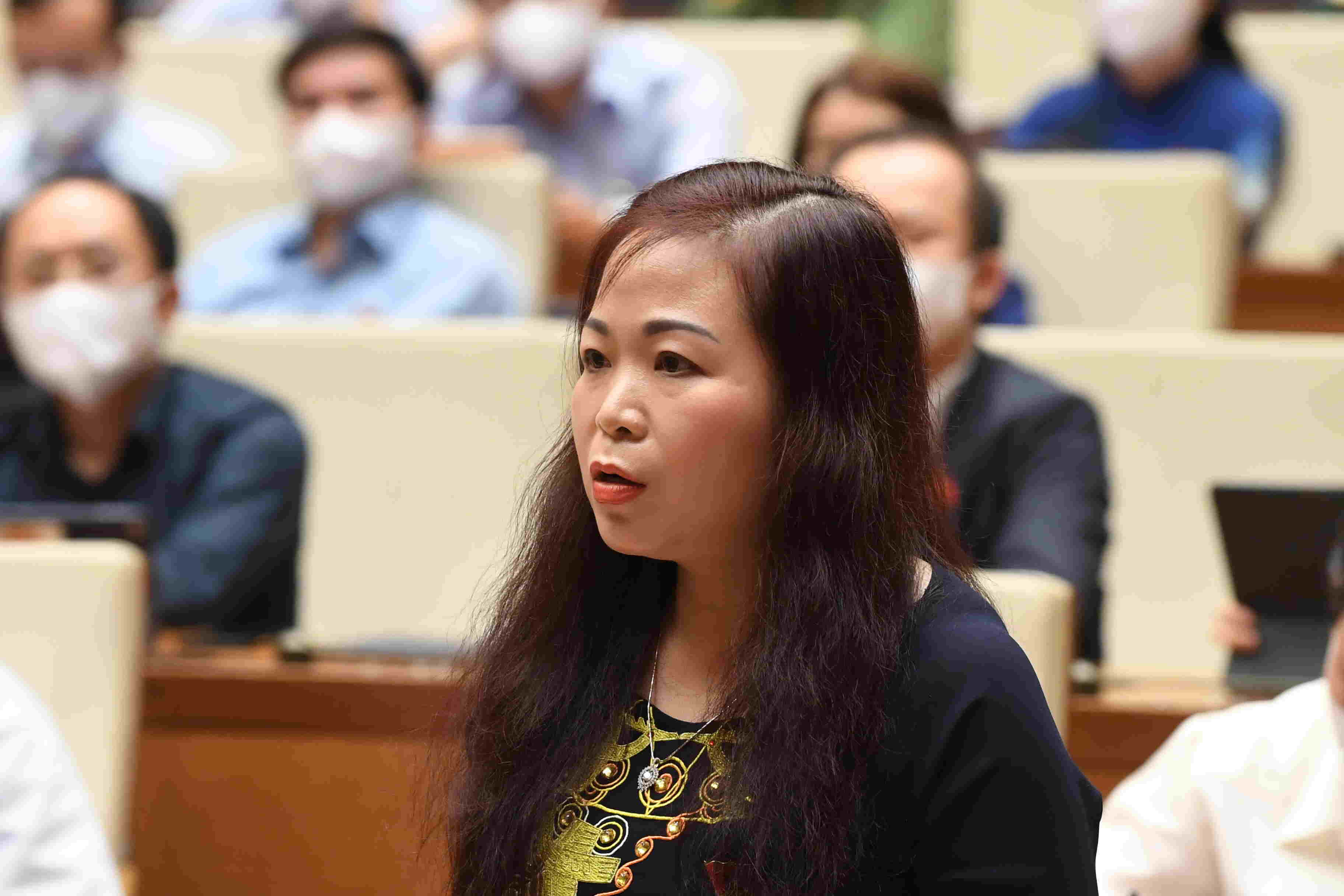 In February 2020, some projects were allocated contingency resources as they were labeled urgent projects. However, just six months later, when building a medium-term public investment plan, they were no longer listed as ‘urgent’.

“In many cases, the list of projects is not based on practical needs, but is done subjectively,” she said.

Of the 3,476 transitional projects, more than 1,000 still don’t have detailed capital allocation plans.

This leads to a waste of resources and poor financial discipline, while putting pressure on the budget as many new projects are added.

“The capital for public investment must be understood as money from the taxes paid by people. The money is not the property of any agency, institution and individual. However, some officials who are assigned to allocate the capital give themselves the right to ‘grant’ the capital. It’s not clear when the ‘ask-and-grant’ scheme will end,” she said.

The NA Deputy from Hanoi asked for more publicity and transparency during the process of implementation. The localities which strictly observe regulations need to be encouraged and praised. Meanwhile, cases of violations of public service ethics must be stictly handled.

Nguyen Quoc Han from Ca Mau, commenting about the public investment plan in 2016-2020, pointed out that some tasks and goals shown in Resolution 26 were not satisfactory.

Some national key projects went slowly. The projects on building road sections of the North-South Expressway is a typical example. Under the plan, the sections need to be completed in 2021. However, to date, the bidding has not been completed in some component projects. The Trung Luong – Can Tho project has been going very slowly.

Han pointed out that in many cases, the principle of concentrated investment capital allocation was not observed. Many new investment projects kicked off, while existing projects, which started from previous periods still did not get enough capital to continue.

The project on upgrading Highway 63 was approved by Ministry of Transport in 2010, but it was delayed many times. In 2014 the decision on implementing the Belt Road No 2 was released. To date, 80 percent of the works of the bid package have been implemented. The project still needs VND261 billion more, but the capital has not been arranged.

The remaining section of the road has heavy traffic, while the road width is just 5.5 meters. As a result, traffic congestion occurs regularly and many traffic accidents have been reported. Han has asked to arrange enough capital for the project in 2021-2025.

In reply, Ministry of Planning and Investment Minister Nguyen Chi Dung said public investment has relations to many agencies, branches, institutions and individuals, from central to local government to contractors, consultants and supervisors.

Mentioning decentralization, Dung said current laws has very clear provisions, but many localities still repeatedly ask the central government about issues which are very clear, which is a waste of time.

“All the stages of public investments, from project planning, selection, inspection, adjustment and implementation to yearly capital allocation are now undertaken by local authorities, ministries and branches, not the central government,” Dung said.

According to Dung, the central government only allocates capital to localities in accordance with criteria set by NA. Meanwhile, localities take the initiative in allocating capital to projects. The only thing MPI does is review and report to the Government and NA.

The problem lies in localities, in unreasonable selection of projects, slow capital arrangement, and tardiness in following procedures.

Dung also pointed out that localities don’t thoroughly consider planning and practical needs, or demand for development and reciprocal capital arrangement capability in choosing projects to be implemented.

In some cases, local authorities propose projects stemming from the so-called ‘achievement disease’ and the ‘term of office’ thinking, or follow the crowd and investors’ requests.

Since local authorities propose projects not based on practical needs and local capital arrangement capability, many projects don’t have enough capital to be developed. The unreasonable choice of projects also leads to slow implementation, a waste of resources and loss of capital.

According to Dung, unnecessary projects are also proposed. Many projects are designed to have a very large scale, but should be smaller.

Meanwhile, local authorities control the unit price norms, and as a result, the total investment capital is artificially pushed up, which goes beyond the localities’ capital arrangement capital.

According to the public investment plan in the period 2021-2025, the total state budget capital allocated for this period is VND2.87 quadrillion, not VND2,750 trillion as being reported to the 10th session of the 14th National Assembly.