The dashed hopes of Vinaxuki owner

When Bui Ngoc Huyen was 50 years old and a department director at the Ministry of Transport, he decided to retire to set up the private automobile manufacturing enterprise Vinaxuki. 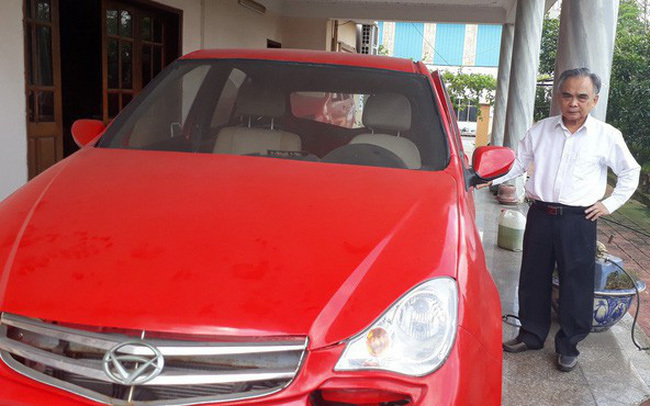 In 2009, some large automobile manufacturers in the world came to see him and suggested cooperation with Vinaxuki. Hyundai from South Korea wanted to spend VND1.4 trillion to acquire 49 percent of Vinaxuki’s shares.

However, the investment deal could not be made. At that time, automobile manufacturing was a conditional business field and Huyen could not sell capital to foreign investors.

VInaxuki then owed VND600 billion to banks, and if it had sold shares to the foreign partner, it would have paid off all the debt and had enough money to make Vietnamese cars.

In his golden days, Huyen made a profit of VND100 million for each car sold. However, VInaxuki later went downhill because of many reasons.

Vinaxuki has incurred a debt of VND2.8 trillion. Huyen’s current major income is from a fixed monthly salary and an unstable income from fowls he is raising.

Since its establishment, VNAMC, the asset management company owned by Tan Hiep Phat, still has no turnover, but it has reported a loss of several million dong a year, according to VietTimes.

Tan Hiep Phat, the ‘empire of drinks’, not only has the ambition to expand its business to real estate, media and technology fields, but has also decided to join the finance market.

The establishment of VNAMC in March 2018 showed the sensitivity to policies of the leadership of Tan Hiep Phat. The company was set up after the National Assembly issued Resolution 42 on piloting the settlement of bad debts of credit institutions.

The decision was made two weeks after Duc spent VND240 billion to buy 50 million HAG shares to increase his ownership ratio.

HAG shares have seen prices decreasing for the last five sessions, from VND4,620 per share to VND4,470 per share.

Its revenue has increased recently, but it has taken losses for many quarters. HAG reported a pre-tax loss of VND701 billion in the first nine months of the year.

After nine years in crisis, the operation of Asia Commercial Bank (ACB) has become stable again with the bad debt reduced to the safety level. The ACB share price increased by 50 percent over the last four years.

The union between big business mens families by marriage

Vo Quoc Loi, the son of Vo Quoc Thang, known as boss Thang and chair of Dong Tam JSC, has married Dao Thuy Phuong Thao, the daughter of Dao Hong Tuyen, who is known as the ‘Lord of Tuan Chau Island’.

In 2014, Loi was the top individual shareholder at Kien Long Bank where his father, boss Thang, was chair of the board of directors in 2013-2018.

Loi is now a member of the board of directors of Truong Thanh Furniture Corporation.