under the motto “there are no restricted zones, no exceptions in the corruption fight” as instructed by Party Secretary General and State President Nguyen Phu Trong. 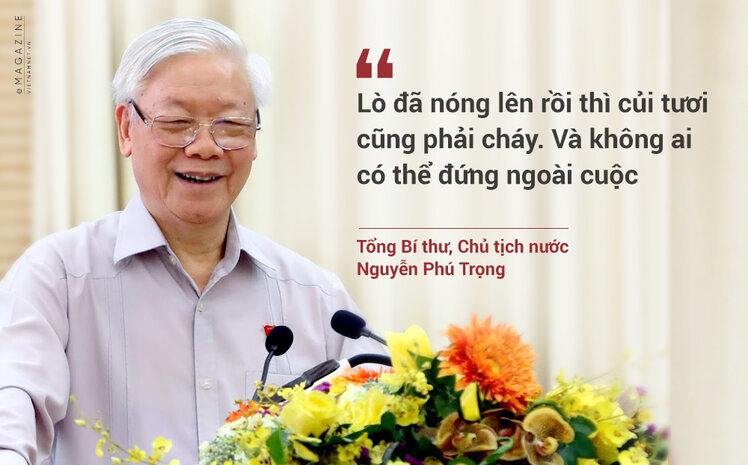 At the national conference to summarize the Party's inspection and supervision work in February 2017, Mr. Trong said: “It is absolutely not a pleasure to discipline our comrades. On the contrary, I feel very broken-hearted and painful about this. But we still have to do this and discipline some individuals, for the sake of our progress, so that others won’t make violations."

“Anti-corruption has become a movement and a trend in the society. Once the furnace is already hot, even fresh firewood will burn. No one can stay outside. Even if they want, they cannot do that. And that is success,” Mr. Trong said at the 12th plenum on anti-corruption held by the Central Steering Committee on Corruption Prevention and Control on July 31, 2017. 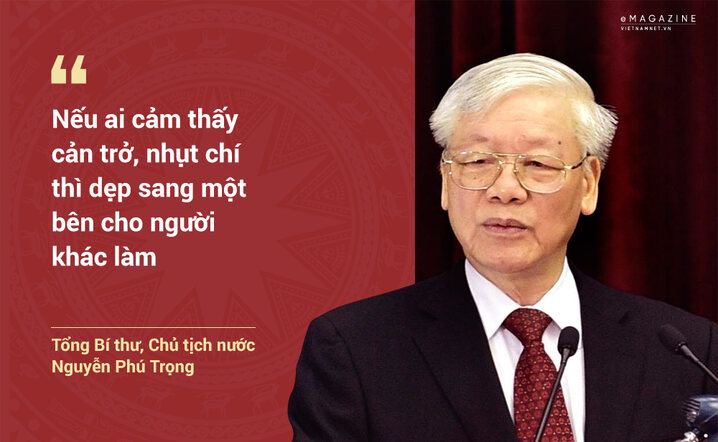 Party Secretary General, State President Nguyen Phu Trong: “If someone feels hindered and discouraged, he needs to set aside, so that other people can take this work”.

At a meeting with voters before the 4th session of the 14th National Assembly on October 12, 2017, he raised a question: "Have the cadres been disciplined seriously enough? Previously, we said having a bath from shoulder down, now from head down. People are supporting [anti-corruption]. And we have to go ahead, not stop."

He said fighting against corruption makes the situation better, not worse, and it is necessary so that officers become enlightened and do not repeat the same mistakes.

On November 29, 2017, at a meeting with Hanoi voters after the 4th session of the 14th National Assembly, Mr. Trong emphasized that fighting corruption is not just done through the call for people’s consciousness and ideology education, but also by laws.

“Power is locked up in the cage of mechanisms and laws. When assigning the authority to you, it is also necessary to use a rod so that you cannot, dare not and don’t want to engage in corruption,” he said.

“If someone feels hindered and discouraged, he needs to set aside, so that other people can take this work,” he said at the meeting of the Secretariat of the Party Central Committee on April 10, 2018.

He denied that anti-corruption may discourage cadres and that no one wants to continue their work. The head of the Party and the State affirmed that this thinking is wrong.

Showing strong determination to clean and purify the apparatus, speaking at the conference of the Standing Commission of the Public Security Central Party Committee on November 28, 2018, Mr. Trong said: “Good fame will exist forever. Don’t be eager for titles, positions, material things and fortune, especially when you have power in hands and there are so many flatterers around you."

In January 2019, Mr. Trong reaffirmed the Party and the State’s determination to fight against corruption and uphold the motto of “there are no restricted zones, no exceptions in the corruption fight, no matter whoever they are’.

Addressing the closing remarks at the 11th meeting of the 12th Party Central Committee on October 13, 2019, mentioning the high-ranking leaders disciplined at the beginning of the tenure, Mr. Trong said: “It is really painful, but we cannot help doing this, there is no other way! All for the common cause of the Party, the country, and the people."

At a meeting of the Central Steering Committee on Corruption Prevention and Control on November 25, 2020, he stressed that anti-corruption must not only be in the field of business, but also in political thoughts, morality and lifestyle.

"Corruption in politics, ideology, morality and lifestyle is extremely dangerous. We have to strengthen the fight against this in the immediate time. You need to live in a way so that you won’t feel regret when you leave the world,” Mr. Trong said, stressing that honor is the most sacred and noble thing.

At many meetings with voters in Hanoi, Mr. Trong repeatedly affirmed that when fighting against corruption, it is necessary to be decisive, serious and humanitarian as well.

He said: “The weak sectors must be corrected immediately, and the broken links must be replaced at once."

The Steering Committee on Corruption Prevention and Control alone has monitored and directed more than 800 cases in three levels. Of these, it has directly monitored and instructed 133 cases, and 94 serious corruption and economic matters of public interest. To date, 86 cases with 814 defendants have been put into trial at first instance. Of these, 18 cadres under the central management face criminal proceedings.

These include one Politburo member, seven members and former members of the Party Central Committee, four Ministers and former Ministers, and seven generals in the armed force (one person may have two titles).

At this conference, Mr. Trong said: “Disciplining some individuals to save many other people. It is necessary to continue to do this harder and stronger in the time to come under the spirit of Uncle Ho: cutting off a few wormy branches to save the whole tree."

He hopes all Party and State cadres will uphold the sense of responsibility and lead the fight against corruption.

General Secretary Nguyen Phu Trong: "What I do not polish myself" 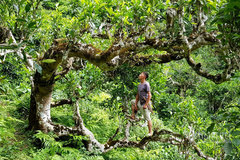 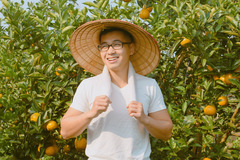 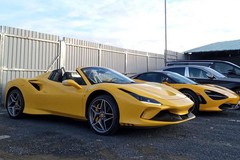 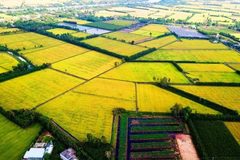 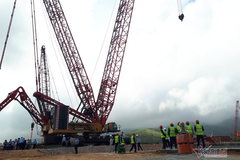 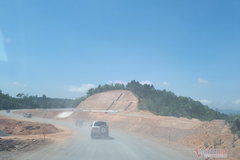 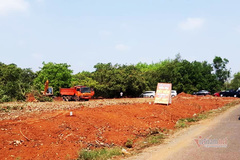 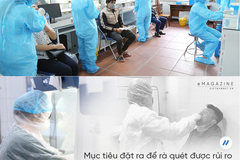