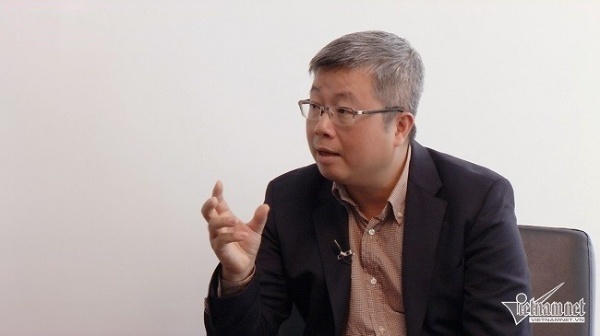 Vietnam has recently witnessed an information boom on the internet, especially social networks. There is correct information, which has been shared by the community and handled by appropriate agencies. But there also is incorrect information and false rumors which has harmed many organizations and individuals, and caused confusion among the public.

What’s your brief comment about the information shared on social networks recently?

Mr Nguyen Thanh Lam: Social network is a very broad concept. I see in today's social network a lot of good points. However, it seems that there are more worrisome manifestations than positive ones.

Perhaps we have not really adapted to a social environment where people express their opinions in a peaceful and constructive way. Any difference in opinions, or any information posted hastily without verification, bearing insiders’ emotions, could create a contagion effect.

And on social networks, sometimes there is no room for fair and frank arguments. In many cases, things went beyond too far, escaping the control of those people who initially posted the news.

The trend and characteristics of social networks have been exploited by many people to deliberately spread unverified news with intentional purposes.

In such conditions, press agencies need to stay independent and take initiative in verifying the news, which is one of their inherited functions. However, in many cases, they become passive to social networks, and they even amplify the negative effects of some issues initially unleashed by social networks.

Vietnamese users need to be wary of the negative impacts, or the dark size of social networks.

Is it true that such a situation makes many people remain delusional about their power and strength on social networks?

Mr. Nguyen Thanh Lam: This is exactly one of the things that cause social networks’ negative impacts. On social networks, it is really necessary to extinguish truth from falsehood, and sometimes we entertain illusions about power when we write a post which can get 1,000 likes or hundreds of comments.

In fact, there are people who use that power for different purposes. Some people say that the remuneration for writing a post on Facebook is sometimes even higher than the royalty from a decent article.

So, in such circumstances, it is understandable if someone has illusions about some certain power on social networks. However, no one can say this will exist forever and no one says this is true. And I believe that the deviations on social networks will be realized by people.

In fact, it’s really difficult even for professional journalists to report news in a right way which truly reflects the nature of matters, let alone for Facebookers, who just have smartphones and can hardly verify news with authentic sources and appropriate agencies. What would you, who was a journalist, say about this?

Mr. Nguyen Thanh Lam: It must be said that there are many people on social media whose qualifications are much better than professional journalists and they have more information than journalists think.

Therefore, in many cases, you believe that one article is very good and then you have to change your mind after seeing critics and feedback on social networks. This is the positive aspect of social networking.

However, it is true that there are many social network users who like commenting and showing their viewpoints on some certain issues even though they don’t have enough information and don’t verify information.

They make comments right after seeing a shared article on social network. They do this just after seeing the title and even have not read the article.

All of these behaviors create the information noise effect. I think journalists need to be more serious and become the ‘information filters’.

And that's why, in today's era of strong social media, authentic newspapers become more important than ever, because people need the tools that extinguish truth from falsehood.