The female successors of Vietnam's tycoons 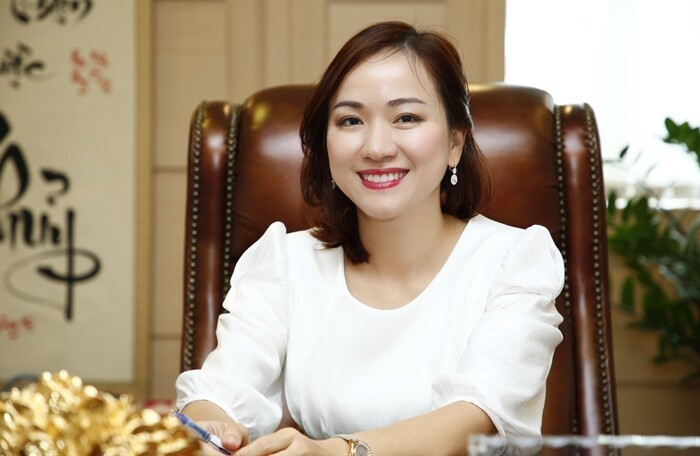 Le Thu Thuy, 38, is the daughter of Nguyen Thi Nga, president of BRG, who is also the person holding the most power at SeABank.

Thuy graduated from George Mason University in the US and married an American man.

As a manager of SeABank, Thuy has helped the bank gain considerable achievements. SeABank has prospered in the context of the banking system’s improvement with the falling bad debt ratio and increasing profit.

Thuy was chosen by The Asian Banker as a promising young banker in Vietnam in 2017.

Born in 1990 and spending eight years to study in the UK, Quynh is known as loving nature and having a passion for arts and social activities. However, with the influence from her father, she chose to follow the path of developing real estate.

There is not much information about her as she rarely appears before the public, except for big events of the company.

Belonging to the 8X generation, Le Thi Hoang Yen is the oldest child among the three children of Le Thanh Than, president of Muong Thanh Group, kniwn as ‘farmer-pipe businessman’. After spending seven years to study in the UK, she returned to Vietnam to run the family’s business amid the stiff competition of the hotel market.

Muong Thanh Group manages over 30 Muong Thanh hotels. The others are owned by the Construction Private Enterprise No 1 in Dien Bien province or other legal entities, including Muong Thanh Grand Phuong Dong, belonging to Petroleum Phuong Dong Tourism JSC, which Than’s family took over from Ocean Group.

Tran Phuong Ngoc Thao is the oldest daughter of Cao Thi Ngoc Dung, president of PNJ, a well known gold and jewelry brand. Returning to Vietnam after finishing the overseas study, Thao became a member of the board of directors of PNJ and took the post of director in charge of digital transformation of the group.

Unlike Thao, Tran Phuong Ngoc Giao, the second daughter, rarely appears in mass media. She leads a happy life in Australia, and holds 2 percent of Dong A Bank shares and 7.25 million PNJ shares, worth VND617 billion.

Uc My inherited the business from her mother, Huynh Thi Bich Ngoc.

Ngoc, called ‘Sugar Queen’, is one of the most influential businesspeople in Vietnam, though she is not among the richest stock billionaires. My is called ‘Sugar Princess’ as she holds 98 million SBT shares and 7 million GEG shares.

Last year was a stormy one for Vietnam’s businesses, but billionaires still were able to pocket billions of dollars.