Dr. Trinh Cong (born in 1983) is a former math student at Hung Vuong High School in Phu Tho province. However, he chose to change his direction to chemistry and won national second prize in this subject. That achievement helped him get straight into the chemistry class for talented students of the University of Natural Sciences (National University - Hanoi). 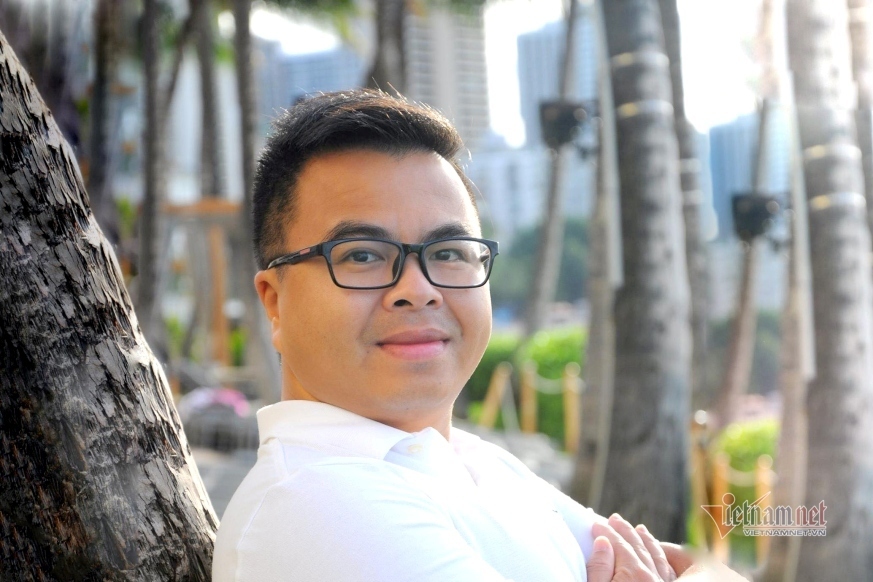 But for a semester here, Cong gradually realized that this environment was not suitable for him.

“I expect more at this level of education. But what I've learned here is just solving more difficult problems, balancing more complex reactions. After a semester of doing theoretical work, I felt disillusioned."

That is why he became determined to find ways to study abroad.

But with almost no English skills, it was impossible to apply for a scholarship to England, Australia or the US.

“I went looking for information in many places. Fortunately, at that time the Government had a policy to grant scholarships to study abroad for some of the best students. So, I started to set a target to be in the group of excellent students.

As expected, in 2003, he was selected to go to Russia to study chemistry at St Petersburg University.

Studying at the new school, Cong had to struggle with learning a foreign language. At all times, the Vietnamese student brought with him two heavy dictionaries to learn Russian. With his knowledge of maths since his high school years, Cong regularly taught difficult math lessons to Russian students; in return, his classmates would teach him to learn the language.

After nearly a year of practicing Russian and mastering his major, Cong started scouring laboratories to apply for research.

The school environment here was not heavy in theory, and prioritized practice. During his years sitting in the lecture hall, Trinh Cong was the main author of four scientific articles. All professors in the school said that this was an outstanding achievement for a university student, especially an international student who has to face language barriers. Cong also won first prize for student scientific research in his fourth year of college.

Everything went well, ensuring that Cong would stay in Russia and continue his doctorate studies. But at the end of 2006, when representing the university to attend an international scientific conference in Finland, Cong had the opportunity to interact with a number of students who he later said: “I was enlightened." 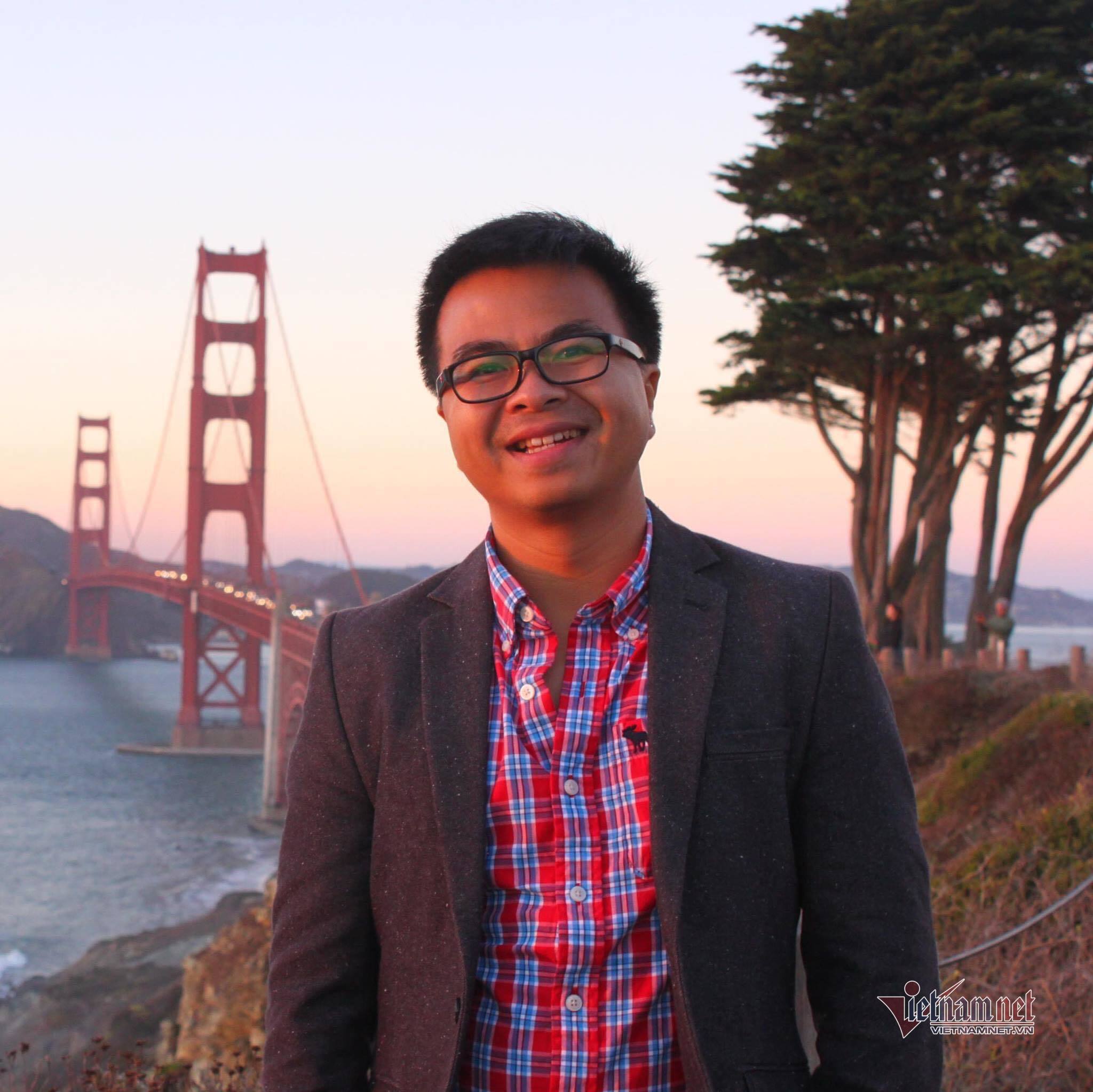 “In Finland, I met an Asian student with a beautiful, thin and light laptop. Curious, I approached, using my little English to ask what kind of laptop it was. This student answered a very long question that I barely heard: Apple. That night, I spent the night searching the Internet for what Apple was. After that I thought, American science is truly superb."

The laptop, according to the Asian student, cost $2,000. Meanwhile, Cong’s scholarship in Russia was only $300/month." My friend said that this laptop is only equal to a month's scholarship in the US. At that time, I learned that it turned out that there was more money to go to study for a PhD in America."

After that trip, Cong was determined to find a scholarship to study in the US. He still thinks that it was a pretty "bold" decision at that time, when his English skills were almost non-existent.

Giving up the desire to be a professor

Returning to Russia, unable to study English at foreign language training centers due to the expensive cost, after many hesitations, Cong decided to buy books to study by himself.

“Talking about learning English also has many memories. I bought all the books, from TOEFL, English Grammar in Use, VOA Special English... to learn English online for $15-20/month. In order to earn more money for studying English and buying materials, every day after school and going to the lab, I opened a barber shop in my dorm room for half the price outside the barbershop."

For over a year, determined to practice by himself and stand in front of the mirror to learn pronunciation, Dr. Cong achieved 92/120 TOEFL iBT and was able write an application letter for the scholarship. 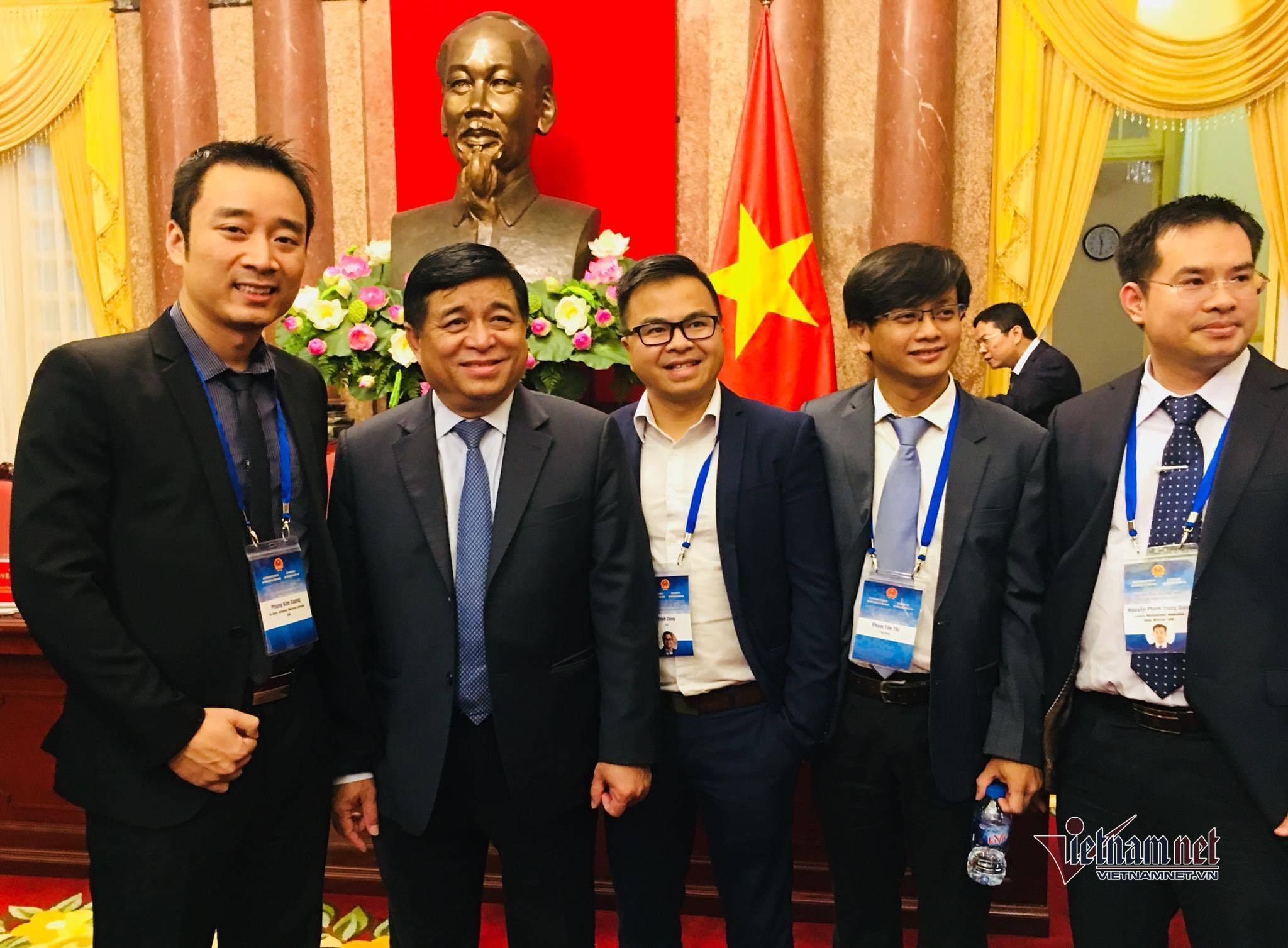 Dr. Cong is one of 100 Vietnamese scientists in the world participating in the Vietnam Innovation Network.

Thanks to a strong profile, he has been accepted by six institutes in Switzerland, Germany and the US. In 2008, he decided to choose to pursue a doctorate at the University of Southern California (USA) because he was "fascinated by a professor at the school".

“When I learned about the school, I came to know him - a scientist who has very practical research on OLED screens and electronic devices from organic materials. So, the first day I went to school, I went straight to his lab and made a suggestion: ‘I chose this school because I adore this lab so much. I really look forward to studying here'."

Thanks to that, he was accepted to work in the lab and started research from the first year in the US.

But the research didn't give immediate results. After three years of researching with many failures, Cong twice wanted to stop studying for his doctorate.

“After three years of failure, I decided to spend two weeks thinking about the projects I did, analyzing the reasons for the failure and deciding to stop all projects that had no potential.

"I talked to professors in the faculty, other researchers, and outlined two completely new research directions. I also communicated with professors more often so that my ideas were always open and accepted to listen to comments and suggestions."

After six months, Cong's new research direction had good results and he received his first patent by accident after arguing with a researcher at the same lab.

In the last two years of the graduate program, Cong made a breakthrough with three patents and six published scientific articles. Among the patented studies, there is one focusing on solar cells made from organic materials.

“If the traditional solar cells made of Si material are very big and heavy, with this technology, the batteries will be very light, can be hung on glass windows and allow to see through. It can also be used as a solar power generation coating on outdoor items.” 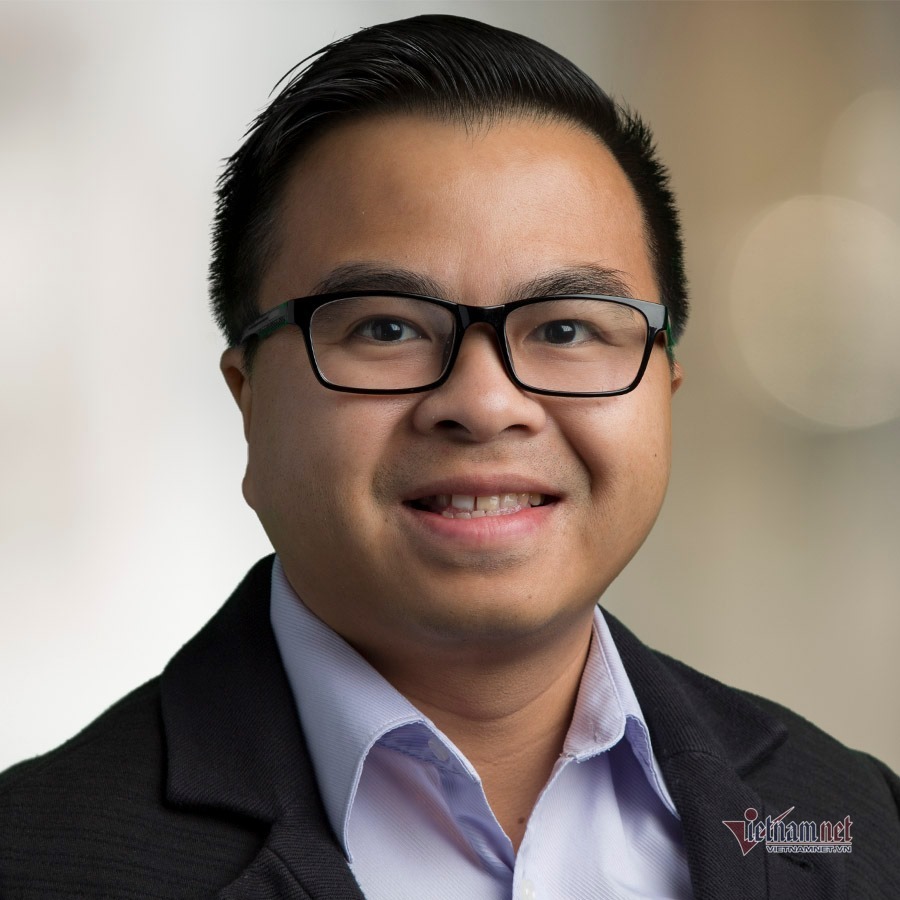 Cong works as a senior manager of product development at Applied Materials.

Everything went well, but Cong said, with his major, if he returns to Vietnam, it will be difficult to have a working opportunity.

“I also do not want to participate in teaching or research. After studying, I want to apply the knowledge I learned into practice immediately. So, I set the goal to go to Silicon Valley - a good land for tech talent and a development ground for tech startups."

And he set foot in Silicon Valley in 2013. Eight years later, he became a senior manager of a product research and development group at Applied Materials - the number one supplier of semiconductors in the world with sales reaching nearly $20 billion.

“I worked very hard even on weekends, always volunteering to do difficult things. However, that was not enough. I realize that I must have teamwork skills, use my knowledge and understanding to make an impact...”

"I spent a lot of time training new engineers, even though I wasn't paid or assigned to. This is how I influenced and won the trust of my colleagues and leaders."

Dr. Trinh Cong is currently the owner of 15 patents and is awaiting patent approval for advanced nanomaterials and semiconductor processing. His invention has been used by many big names to make core chips, and OLED screens in smartphones and computers.

Nguyen Quang Thang said that Vietnamese scientists, no matter where they work, contribute to bringing the name of Vietnamese intellectuals to the international level.