Vietnam gained a high GDP growth rate of 7.02 percent in 2019. However, many problems still exist.

Vietnam’s GDP grew by 7.02 percent in 2019. This was the second consecutive time since 2011 Vietnam had a GDP growth rate higher than 7 percent. 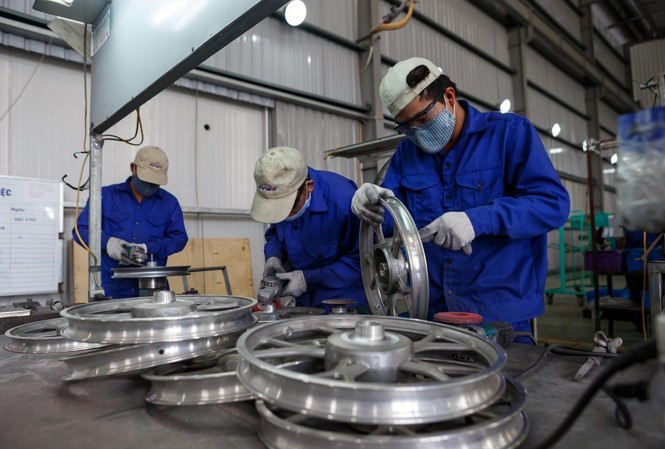 The industry and construction sector made up 34.49 percent of GDP, while the service sector was 41.64 percent.

Meanwhile, agriculture, forestry and aquaculture just made up 13.96 percent of GDP in 2019 because of drought and climate change, which affected the crop yield. The African Swine Fever affected the livestock industry.

The macroeconomy was stable in 2019 with the inflation rate curbed at the 3-year lowest level. The CPI increased by 2.79 percent. Processing, manufacturing and service acted as the driving force for the economic development. The import/export turnover exceeded $500 billion.

The openness of the economy is increasingly large with the ratio of goods and service import/export turnover on GDP reaching 210.4 percent.

The labor productivity in accordance with the 2019 price was estimated at VND110.4 million per worker ($4.791), or $272 higher than 2017. The investment efficiency was significantly improved with the ICOR (Incremental Capital-Output Ratio) of 6.07 percent, much lower than the years before.

Analysts commented that the figure shows the Communist Party’s policy on developing non-state sector into an important driving force of the economy.

For every 10 businesses born, 5 die

Commenting about the number of businesses dissolved, Bui Anh Tuan, director of the agency, said this is ‘not an abnormal figure’.

Up to 40 percent of dissolved businesses were less than three years old.

Pham Dinh Thuy from GSO said while the number of enterprises increased rapidly, the capability of domestic enterprises, especially small and medium ones, was limited.

Vietnam's economy experienced good economic results in 2019, but it will be a challenge to repeat the strong growth this year.

Vietnam’s GDP to ease slightly in 2020

Viet Nam’s GDP growth would reach 6.8 per cent from the 7.02 per cent posted in 2019, mainly due to a slowdown in the industrial sector, analysts from Fitch Solutions forecast.