Nguyen Quy Quynh has been elected for two consecutive terms as vice president of the research team No 1 for the ITU (International Telecommunication Union) Development (ITU-D).

He has also been involved in the negotiations for many free trade agreements (FTA) of which Vietnam is a member. 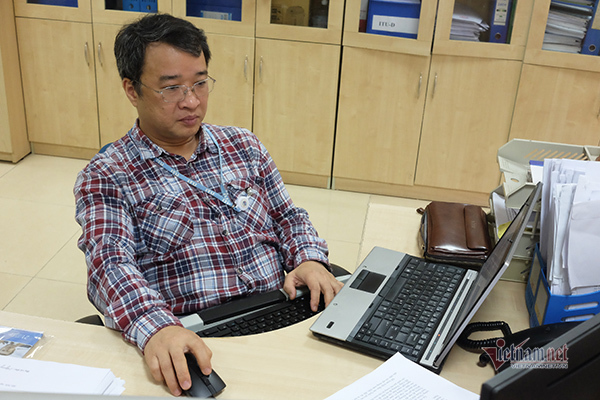 Nguyen Quy Quynh, the negotiator on e-commerce and telecom issues

Vietnam has negotiated and signed FTAS with countries in the region and around the world over the last 10 years. Many experts and officials have contributed to this great success.

However, Vietnam has very few negotiating experts in the field of telecommunication and information technology. One of the few is Nguyen Quy Quyen from the International Cooperation Department under the Ministry of Information and Communications (MIC).

As an expert who has deep knowledge about laws and experience of 20 years working at agencies and international organizations, Quyen is assigned to negotiate, sign and implement FTAs in the information and communication sector, including e-commerce. These are the fields that the Government’s negotiation team has assigned the MIC to preside over.

Over the last 10 years of working at MIC, Quyen has been directly building plans and participating in negotiations for many important FTAs, including the TPP, which was later renamed CPTPP, the bilateral FTA with the EU (EVFTA), the bilateral FTA with South Korea, the Eurasian Economic Union (EAEU FTA), ASEAN-Japan Comprehensive Economic Partnership (AJCEP) and the Regional Comprehensive Economic Partnership (RCEP).

Quyen is now one of two representatives of Asia Pacific on the ITU’s Executive Board of TDAG (Telecommunication Development Advisory Group) for developing and underdeveloped countries. He holds the post of Vice President.

Quyen has been elected for the second consecutive time as vice president of the research team No 1 in ITU-D.

With his experience and achievements, Quyen is known as a leading Vietnamese negotiator and expert in the field of information and communication.

Quyen said the tasks of a negotiator are not ‘just go and negotiate’ as people think. He has to undertake a lot of work, from building up plans for negotiation to submit to appropriate agencies for approval to conducting negotiations, reporting the results and implementing the instructions.

After finishing the negotiations of FTAs, he has to join forces with the Ministry of Industry and Trade (MOIT), the ministry presiding over the negotiations for FTAs, to complete documents and follow procedures for approval.

After the FTAs take effect, Quyen will build up the plans on implementing the agreements, including media plans and training for relevant parties.

In some cases, several FTAs are negotiated at the same time. Therefore, other officers are sent to negotiations instead of Quyen. However, Quyen is still in charge of drawing up negotiation plans. 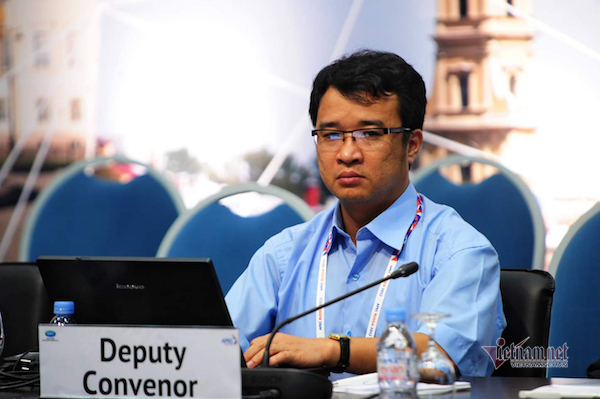 Quyen said he goes away on business 100 days a year.

As the Vietnamese representative in two negotiation groups for telecommunication services and e-commerce, Quyen has to go abroad on business for 10 days for each negotiation round. Meanwhile, technical negotiation rounds go on continuously.

According to Quyen, each negotiation session lasts from 9 am to 6 pm. However, when negotiations come to finalization, the negotiation may last from 8 am to 1-2 am of the next day.

In general, all countries try to achieve their goals by all means. In the field of telecommunications or e-commerce, Vietnam bears the most pressure, and negotiators have to stick to their opinions to keep compliance with Vietnamese policies and laws.

The information and telecommunication sector has some ‘delicate’ issues, so negotiators must be very cautious and wary.

“There is an immutable principle that if ‘home’ (that is, Vietnamese leaders) still doesn’t approve, negotiators must not agree with the partners, no matter how tired they are,” Quyen said.

This is an essential telecommunications network infrastructure which plays a crucial role in ensuring the security and safety of Vietnam's backbone network.

In E-Com, most of the next-generation FTAs include articles related to the free flow of information across borders, and partners always want Vietnam to remove the requirement on setting servers in Vietnam as a business condition.

This is a big problem because of the difference with Vietnam’s policies, especially in the flow of information related to the finance and banking sector.

When contradictions arise, the duty of negotiators like Quyen is to explain Vietnam’s views on the issue.

“Negotiators don’t just say ‘no’, but they need to give convincing explanations,” he said.

In the last 10 years of working in the International Cooperation Department, Quyen hasn't missed any emails. This is the habit he has kept since he began working for businesses in the past.

Quyen believes that everyone needs to set goals for themselves. Therefore, he keeps a ‘to-gain list’ on his desktop and builds a personal KPI to assess his results.

The COVID-19 pandemic has become a golden opportunity for e-commerce trading floors, as well as social networks such as Facebook. However, the country has lost billions of dong in tax revenue due to e-commerce