When the state budget once walked a 'tightrope'

Vietnam has been making efforts in recent years to consolidate its fiscal situation to help create a wealthy financial system and a healthy macro economy.

Before the end of the 13th National Assembly (NA) term five years ago, NA chair Nguyen Sinh Hung expressed his concern about the risks for the national financial system. 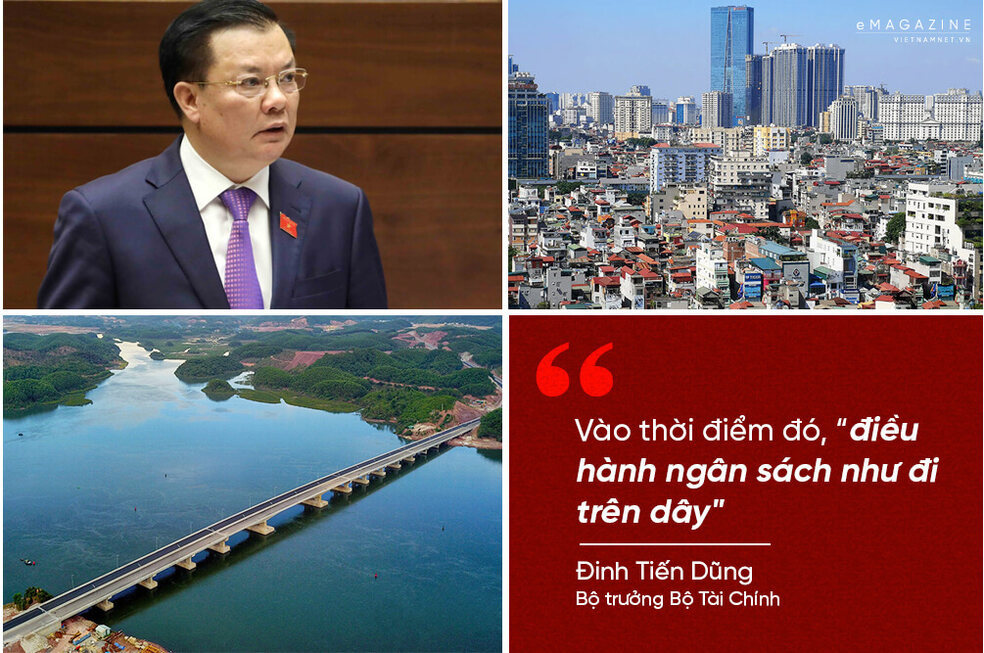 Hung, who was the Minister of Finance, understood well how expansionary fiscal policy, excessive public debts, and massive ineffective public investments would affect national financial stability and the macro economy.

“It will be dangerous if public debts continue increasing as seen in the last years,” he said.

At that time, budget management was just ‘walking a tightrope’ as described by Minister of Finance Dinh Tien Dung.

Vietnam’s nominal state budget collection growth rate was relatively high, 16 percent in 2003-2015, while the consumer price index increase during the same period was just 8.8 percent. However, even with this high growth rate, the state budget was not enough to cover regular expenses and pay debts.

“The situation is dark”

At a plenum on reviewing the 2015 state budget, NA chair Nguyen Sinh Hung then pointed out that the state budget situation was very bad, with 72 percent of money reserved for regular expenditures, while the remaining approximate was used for both debt payment and investment for development.

“I find the situation extremely dark,” Hung said. “We spend all the money we get, and the investment for development is less and less, while we continue borrowing money."

The public debts were then over 64 percent of GDP and very near the 65 percent limit.

Later, in October 2016, when examining the implementation of the 2011-2015 finance and budget plan, the 14th term NA’s Finance and Budget Committee pointed out that some principles of the State Budget Law and NA’s Resolutions were not strictly observed, financial discipline was not strict, and the budget overexpenditures were high, thus not meeting the target.

Until the last term, local authorities continued to demand increases in state budget expenditures for investment, thus putting pressure on the central budget. MPI received requests on capital of up to VND4,000 trillion, or 20.5 times higher than the 2015 plan, and 2.1 times higher than the capital balancing capability in 2016-2020.

There was no more fiscal space for the state budget to satisfy the requirements, though they were legitimate. Finally, the NA approved an investment plan with capital of VND2,000 trillion, just half of that required by local authorities.

By 2019, one year before the Covid-19 outbreak, expenditure items and expenditure structure had changed for the better.

Chair of the NA’s Finance and Budget Committee Nguyen Duc Hai noted that the proportion of regular spending is on the decrease, while the spending on investment is on the rise. The government reported that the state budget overexpenditures decreased by VND19 trillion compared with the estimates, or 3.36 percent.

The decrease in budget overexpenditures shows the great efforts by the government in tightening the discipline in budget management.

By the end of 2019, the public debts had been equal to 54.7 percent of GDP, government’s debts 47.7 percent of GDP and the country’s foreign debts 47 percent, which were all lower than estimates.

Dung said before the last NA session that the budget has been seriously affected by Covid-19, but thanks to what Vietnam has accumulated in the last four years, the expenses for important tasks still can be ensured. This was a ‘bright spot’ for finance and budget management in 2016-2020.

Fiscal deficit to stay at 4 pct. of GDP next year: Finance Ministry

The Ministry of Finance has announced the State budget estimates for 2021, which target over VND1.34 quadrillion ($58.2 billion) in State budget revenue.