Hence, FDI is becoming an important economic sector of Vietnam. 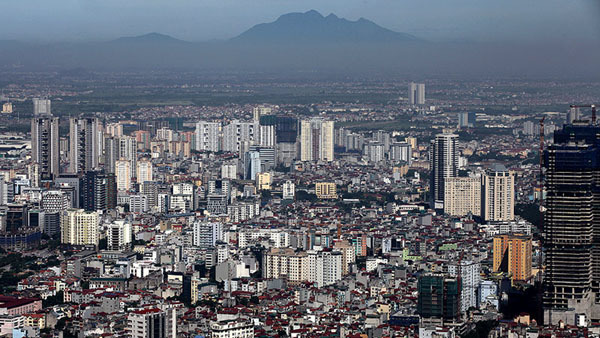 To date, more than $182 billion in FDI has been invested in almost all industries and sectors of the economy, significantly contributing to the development and restructuring of the economy.

The FDI sector accounts for about 25% of total investment nationwide, and generates over 70% of total export turnover of the country.

However, many experts believe that FDI is dominating too many fields and occupations, taking opportunity away from home-grown businesses, and above all, making the economy dependent on foreign investment.

To adequately analyse the effect of FDI, Dr. Nguyen Dinh Cung, Director of the Central Institute for Economic Management, explains that one cannot only focus on FDI enterprises alone, but must make a holistic assessment in the context of the whole economy.

The real issue that needs to be addressed, he believes, is not FDI enterprises themselves, but how to foster growth and efficient problem-solving in the private sector.

Does FDI in fact drive down domestic businesses?

Attracting and utilizing FDI for over 30 years has played a crucial role, most importantly improving economic institutions according to the principles of the market economy; improving competence in corporate governance and market regulation; assisting reform of state-owned enterprises; and raising the competitiveness of national industries, etc.

In addition to the undeniable contributions of FDI to the socio-economic development of Vietnam, there remain certain constraints in the development process, the biggest obstacle being that transfer and acquisition of technology from FDI enterprises has not been as expected.

Moreover, today’s economic and political climate has seen many changes: the US-China trade war is affecting the world; countries are racing to develop artificial intelligence; the tendency of government to take protectionist stances is hampering global investment flows. All these difficulties and challenges require Vietnam to have a new strategic orientation in attracting FDI in the coming years.

The real issue that needs to be addressed is not the FDI enterprises themselves, but how to foster growth and efficient problem-solving in the private sector. We lack the necessary changes to drive growth in private enterprises or to reform state-owned businesses. The general mentality still expects SOEs to lead industries and markets.

After accession to the WTO, FDI in all Vietnamese industries skyrocketed. This is a direct consequence of the failure of SOEs as well as private sector businesses not being developed enough. Therefore, local governments had to invite FDI enterprises to develop the local economy by building resorts, golf courses and hotels for immediate results rather than long-term investment.

Long-term development requires the reallocation of resources. However, we have yet to achieve this, and hence our privately-owned enterprises remain underdeveloped.

Despite having freedom of enterprise, there are still too many hidden risks and uncertainties to conduct business. Therefore, entrepreneurs will tend to only look for short-term opportunities, remaining small enough to survive until they have made an adequate amount of money, after which they will find opportunities to move overseas to live and work rather than stay in Vietnam to do business.

Dr. Nguyen Dinh Cung believes there is no solution other than improving the quality of FDI. The biggest failures of FDI over the years are failing to effectively hand over technology/know-how to domestic firms, and also in developing national technology. A suitable environment needs to be created to foster growth of Vietnam’s technological capabilities such as the development of creative innovation centres or ‘silicon valleys’ to achieve this purpose.

To do so, we have to build a service centre that has the function of providing production technology as well as supporting technology handover from FDI operations, at the same time helping Vietnamese businesses connect to this central agency. The government also needs to provide support by investing funds diverted from unnecessary technology research projects.