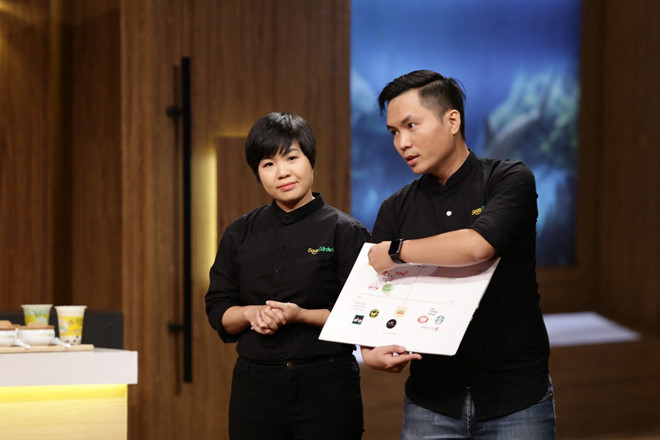 Hoang Anh Tuan is famous for his ambition to build a soybean-made product chain, Soya Garden.

The young businessman set a goal of obtaining 100 shops in 2019 and 500 shops by 2021. He also dreamed of selling his products in regional markets, including South Korea, Thailand and Japan.

After the VND20 billion investment package in 2018, Egroup of Shark Nguyen Ngoc Thuy in early 2019 decided to raise the investment capital in Soybean Garden to VND45 billion.

With the move, Soya Garden became the biggest investment affair within the Shark Tank Vietnam program.

However, in May 2020, Soya Garden had to close a series of shops because of Covid-19. At that time, Tuan admitted that like other F&B chains, Soya Garden suffered heavily from Covid-19.

* Dao Chi Anh is another young boss in the F&B sector who has had to leave the market.

In 2013, Anh founded KAfe Group, which developed four brands – The KAfe, The KAfe Village, The KAfe Box and The Burger Box.

In October 2015, Anh stirred up the startup community when successfully calling for $5.5 million worth of capital right in the first round of calling capital from investment funds in London and Hong Kong.

In June 2016, the KAfe was criticized for not paying its debts and appropriating capital. The CEO of The KAfe said that the two sides were unable to agree on the amount of money to pay, not because the company faced financial problems.

Later, Anh resigned from the CEO post at the company she founded.

*When setting up WeFit in September 2016, Khoi Nguyen, its founder, wanted to turn WeFit into the leading brand in the fitness sector in Vietnam as he was the pioneer in applying technology in the sector.

In early 2019, WeFit, registered as Onaclover Technology JSC, successfully called for $1 million worth of capital from CyberAgent Capital.

In July 2019, Onaclover increased its capital from VND1.66 billion to VND27.7 billion, in which WeLife Holding from Singapore held 94 percent of shares.

However, after crises, Onaclover announced a change to the post of CEO on February 2, 2020.

Before joining Ahamove, he worked for Adayroi, an e-commerce site of VIngroup and did some startup projects. However, he left Ahamove after 3.5 years.

Commenting about the failure of startups, Le Diep Kieu Trang, a founder of Alabaster investment fund, said in many cases, investors and startups have different views, which causes changes to the companies’ fates.

Why do startups fail?

Entrepreneurs have ambitious plans when starting up a business, but they often experience a thorny path to success.