It was an evening in late 2018 when Sung Mi Phin had a talk with his father before leaving the Dong Van Stone Plateau in Ha Giang province to seek a new way for himself. 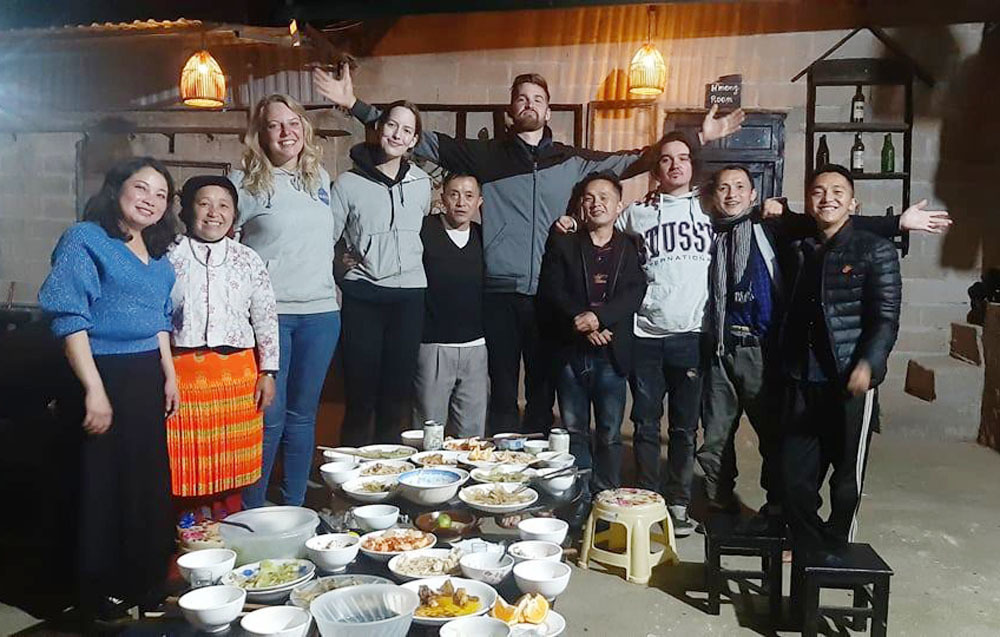 When Phin told his father that he had decided to give up the job of a teacher, which could bring a stable income, to learn English and earn his living on tourism services, he faced strong opposition from his parents.

“I want to go the way I choose for himself,” he said.

Early in the next morning, when the rocky mountains were still in fog and Phin's mother got up to cook a pot of pig bran, the boy, born in 1992, walked out the door with a backpack. The H’Mong ethnic minority man left to seek a way to start his dream with just VND500,000 in his pocket.

“I was born and grew up in poverty. Everything around me was stone and stone,” Phin said about his childhood. His father is a commune official and his sister a teacher. His parents wanted him to have a stable job.

Phin studied at a pedagogical junior college in Hanoi in 2015. In 2018, after graduating from school, he became a teacher at a school in his homeland.

But Phin felt the life was boring after two months of working. He realized that he loved tourism activities and that more and more travelers had been coming to Ha Giang in recent years.

Phin wanted to develop a homestay to receive travelers. But he understood that he would not be able to do anything if he could not speak English.

In late 2018, Phin decided to go to Sa Pa, where many H’Mong people speak English well, to learn English.

He told his parents one day before he left, because he anticipated their anger.

At 8 pm, he entered Sa Pa and had one bowl of pho after a day of traveling with an empty stomach. Later, he slept in a guesthouse and had to pay VND150,000 for one-night stay. So, he only had a little money left and had to quickly find an English class.

He learned from YouTube that there was an English center for H’Mong people in Sa Pa. After listening to Phin’s story, the owner of the center decided to exempt Phin from the tuition.

However, Phin quickly was disappointed as he was not good at English. He decided to return to Ha Giang. But he changed his decision after a meeting with the manager of the center.

“Tourism in Ha Giang is developing rapidly and locals cannot adapt to it. If you want to develop tourism in a professional way, you need to learn right now. You are a young man, you need to study to awake the whole community’s thinking,” she said.

“If you stay here, you will be able to help others as well,” she added.

So Phin decided to continue studying. He worked as waiter, chambermaid and receptionist to earn money and learn more about tourism.

In 2019, Phin returned to the stone plateau and started a business.

The homestay on the plateau

“Instead of modern rooms with South Korean style design, I wanted to show the local culture's characteristics at my homestay in Sa Phin commune,” he said.

The old kitchen space of Phin’s family was rehabilitated to receive foreign travelers, where he put four beds. Then he showed his homestay on the internet.

One day, he received a call from his mother. “Where are you? So many foreigners have come. What should we do?” the mother said.

Phin immediately returned home and set to prepare meals to treat guests. He had no time to go to the market, so he decided to cook with vegetables in his garden.

Phin even asked the travelers to cook with him. “I wanted them to feel free and do as if they were at their homes,” he explained.

Foreign travelers at Phin’s house also sweep the floor, pick grass for cows, and go to mountain creeks to get water.

The travelers like doing things together with Phin. When returning to Dong Van Town, they tell people that ‘there was an interesting homestay in Xa Phin commune’.

Phin now receives more foreign travelers, about 60 people a month, and each pays VND250,000 a day.

Phin’s guests are from Japan, China and the US. Two American females once stayed at Phin’s home to receive the H’Mong new year holiday.

The girls helped Phin prepare meals and wrap cakes for the new year holiday. They even glued a piece of red cloth on the door of Phin’s house. 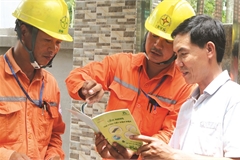