Field hospital for Covid-19 patients set up in Ha Nam 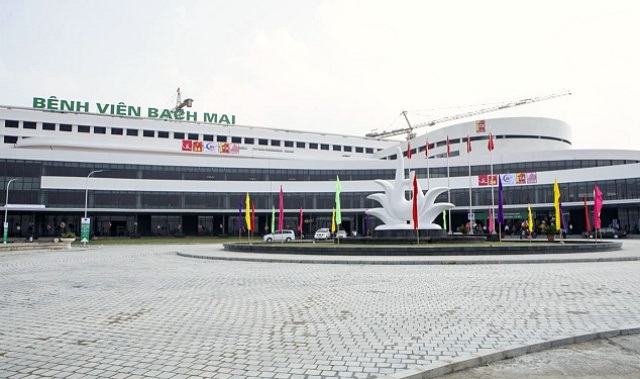 The field hospital with between 300-500 beds is being set up at the Bach Mai Hospital in Phu Ly City to support virus testing and treatment of Covid-19 patients in the area, said the hospital vice director, Dao Xuan Co.

Doctor Co said that the hospital will be equipped with high-tech devices including extracorporeal membrane oxygenation (ECMO) for Covid-19 patients.

"The hospital will be put into operation in the next two days and now we can deal with 5,000 tests a day," he said.

The northern province has so far reported eight Covid-19 infection cases which were connected to a man who recently returned from Japan.

Director of the provincial Centre for Diseases Control, Nguyen Thanh Duong said that the patients are being treated at the Ha Nam Provincial General Hospital where over 300 people who had come into close contact with him are being quarantined.

The province has also identified and taken samples of 920 other people for viral testing.

Speaking at an urgent meeting on the new locally-transmitted cases in Ha Nam, Minister of Health Nguyen Thanh Long noted that the transmission speed here was rapid.