As anticipated, more and more Chinese have been trying to export their products to the US under Vietnamese names. They can avoid the high tariffs imposed by the US on Chinese products. 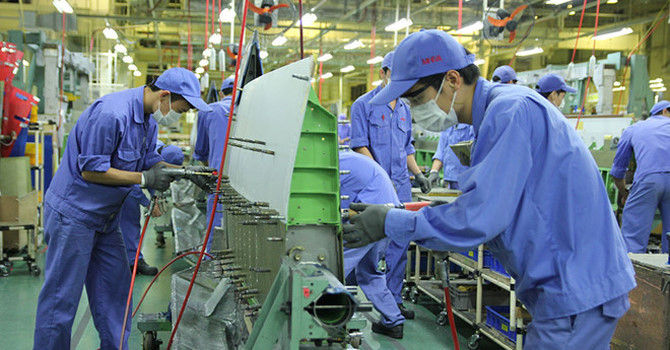 State management agencies have discovered that exports of some Vietnamese enterprises have soared abnormally. GDC last July investigated six woodwork companies which saw exports increasing sharply and discovered that most of them violated regulations related to the procedures for C/O.

They were found importing half-finished products from China to make products for export. But they did not declare this in documents applying for C/O.

Meanwhile, experts have recently warned of the trend of small foreign invested projects. A survey by VCCI found that the proportion of FIEs with capital of less than VND5 billion increased from 29.6 percent in 2015 to 37.7 percent in 2018.

In HCMC, FIEs with capital of just tens of million of dong have been licensed. J&P, a French consultancy firm, for example, registered the investment capital of $3,000 only.

VCCI warned that as more small FIEs arrive in Vietnam, the opportunities for small enterprises to join the global supply chain will fall.

The transfer pricing carried out by FIEs was discovered a decade ago. In 2005, Coca Cola was suspected of conducting transfer pricing as it continuously reported losses though its revenue increased steadily.

In 2012, the taxation body reported that the accumulative loss of the company had reached VND3.768 trillion, higher than the initial investment capital of VND2.95 trillion.

Many other big foreign enterprises have kept reporting losses while expanding operation. Pepsi Vietnam reported losses for nearly 20 years, Metro Vietnam reported a loss of VND1.657 trillion after 12 years of operation, while Keangnam Vina had to adjust its reported revenue and profit after the taxation body’s inspection.

According to the Ministry of Finance, 52 percent of FIEs report losses while scaling up their business and 140 FIEs have borrowed capital 4 times higher than stockholder equity. They pay very high dividends, about $10 billion.

Nguyen Mai, chair of VAFIE, commented that Vietnam is too slow in reacting to what happens. The warning about transfer pricing was given 14 years ago, but no law about the issue exists.