The Spanish Embassy on September 20 hosted an event to introduce the first environmental film festival featuring international and local films and conversations on sustainability and harmony with nature in Vietnam. 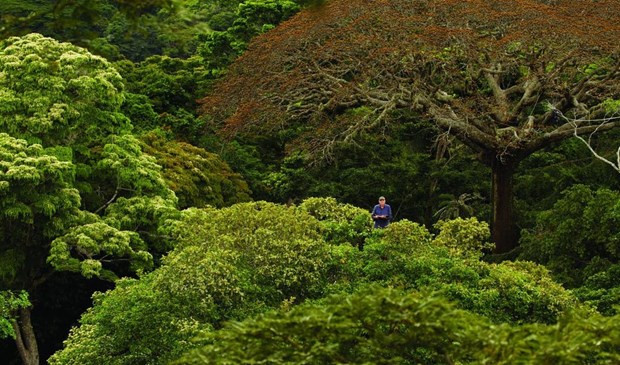 A scene from a French film to be screened at the festival (Source: It's Time To Act - Nature Film Festival in Vietnam)

Held in response to the UN General Assembly (UNGA)’s Climate Week this year (September 19-25), the film festival, entitled  "#It’s Time To Act - A Nature Film Festival in Vietnam", is coordinated by the embassy and sees the participation of 14 countries, including Belgium, Brazil, Canada, Finland, France, Germany, Italy, Ireland, Norway, Peru, Venezuela, Spain, the UK and Vietnam.
The event will take place from September 23 to October 7.

Addressing the event, Spanish Ambassador to Vietnam María Del Pilar Méndez Jiménez said the embassy is honoured to work with institutions, civil societies, individuals, and the environmental communities of participating nations from three continents to promote international cooperation in raising awareness of a sustainable future and pooling the message of Only One Earth.

Trang Nguyen, founder of WildAct Vietnam, a partner in organising the festival, believed it will make impact on youths and connect people to act for the environment.


The festival will screen in a hybrid format 17 feature films, documentaries, and short films with subtitles in Vietnamese.

It will be open free for the public at five venues in Hanoi and Ho Chi Minh City.
Source: VNA