The 15th National Assembly (NA) convened in a special condition when the Covid-19 pandemic developments turned complicated and the whole country began to focus on the fight against the pandemic. 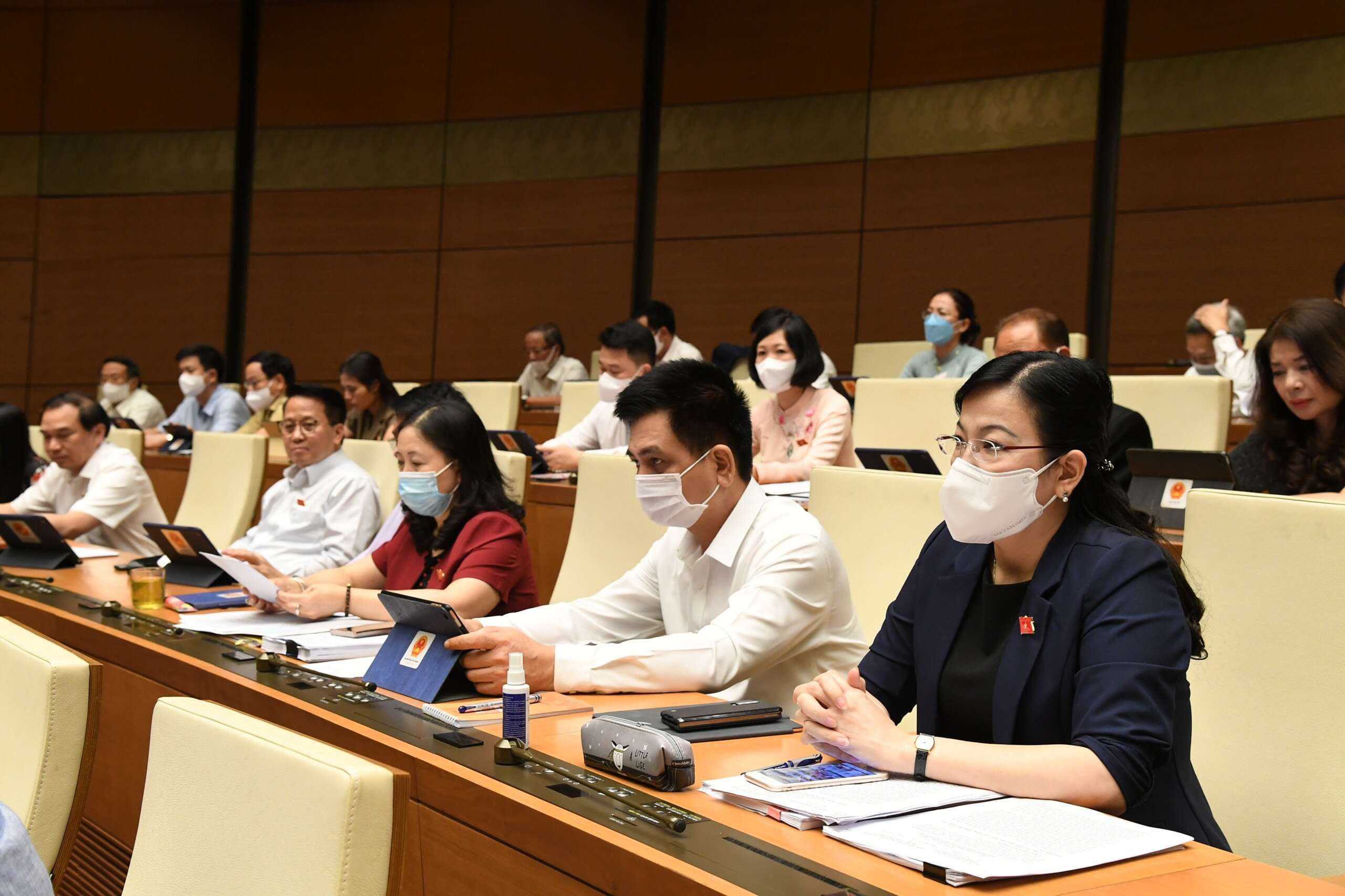 The time for the working session was cut from 12 days to 9 days, but the quality of the meeting was not affected. The assisting agencies of the NA Office worked day and night to provide documents and reports to NA Deputies for discussion.

This was the first session of the 15th NA, but what the deputies performed could create the foundation for people to believe in their votes. This shows that the new NA continues upholding the tradition of the previous NA tenures – always ready to act, renovate, share with the Government to strive for common goals for people’s health and safety.

In a speech when coming into office, NA Chair Vuong Dinh Hue six times mentioned the word ‘doi moi’ (renovation). The spirit of doi moi has spread from the head to the 499 deputies. This is a good foundation for the 15th NA, a tenure which has to deal with a lot of important tasks in the next five years – the first stage on developing the country by 2030, with a vision until 2045.

Bui Van Nghien from Vinh Long, provincial Party Committee Secretary, said the special aspect of the session is that the NA Standing Committee as well as all NA Deputies showed their concern about the ways to fight Covid-19, approved policies to help pandemic control, and removed bottlenecks in medical equipment procurement procedures.

Hue convened urgent meetings with appropriate agencies, including Ministry of Health to discuss solutions to help solve problems in fighting the pandemic. So, voters can have confidence in the NA and believe that the NA this tenure will continue to be the NA of renovation and flexibility.

Truong Quoc Huy, a NA Member of the Ha Nam province, also praised the decision by the NA Chair Vuong Dinh Hue on shortening the time of meeting, so that the heads of ministries and branches can return to their localities and the office to continue working.

“I really have high confidence in the NA this tenure,” he said.

Bui Huyen Mai from Hanoi noted that the NA has always accompanied the Government during the fight against the pandemic. At all the sessions of NA, the NA Standing Committee and NA committees, issues related to pandemic control were put into discussion.

At the latest 54th meeting of the NA Standing Committee, the NA approved a plan on allocating VND12 trillion from the state budget reserve to buy vaccines.

Bui Van Ha, a voter from Hanoi, noted that though there were a high number of issues for discussion, the NA session time was still shortened in a ‘humane spirit’.

The NA Deputies’ arguments had high quality as they went straight to the point, with focus on the issues on people’s daily life. With such drastic actions, innovation and quick adaptability, he said he believes that the policies will be brought to life.

The official press release from the NA Office showed that the first session of the 15th NA released 29 resolutions, 17 of which are about personnel, and 11 resolutions on 5-year 2021-2025 development period.

These include resolutions on socio-economic development, national finance and medium-term public debt; approving the final settlement of the state budget in 2019; two national target programs; the NA’s law- and ordinance-making program, the supervision program, the establishment of thematic supervisory delegation in 2022) and the Resolution of the first session of the 15th NA.

Five pillars of response to the Covid-19 pandemic

Dr Pham Trong Nghia suggested that the Government have scenarios on epidemic developments with different levels, possible impacts, solutions and policy adjustments in both the short and long term.

The first session of the 15th National Assembly on July 28 approved Prime Minister Pham Minh Chinh’s proposal for the 27-member Cabinet line-up for the 2021-2026 term.