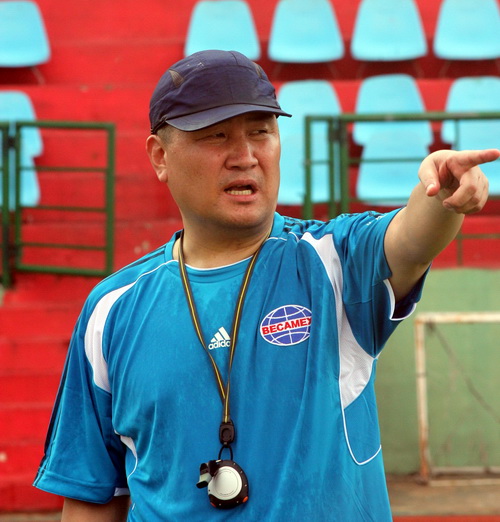 
On the morning of April 14, shortly after returning from Gia Lai Province, Binh Duong FC held an urgent meeting to discuss the team's future. Coach Cho Yoon Hwan was absent from the meeting.

In the meeting, the FC’s managers agreed to fire the Korea coach because he did not complete the tasks committed in the contract. The final decision is being made by the team’s sponsor - BECAMEX Corporation – today, April 15.

Entering this season, with many football stars, Mr. Cho was assigned to take the team to the championship. But the team has gone through six consecutive defeats, including five in the V-League 2013.

Currently, the team has zero point and stands at the bottom of the rankings, even behind the “poor” Kien Giang FC, which has just had the first point after a draw against Ninh Binh last weekend.