Two foreign banks have invested VND7 trillion in Vingroup, owned by the dollar billionaire Pham Nhat Vuong, amid the enterprise’s daring moves and new records made in the Vietnam’s stock market. 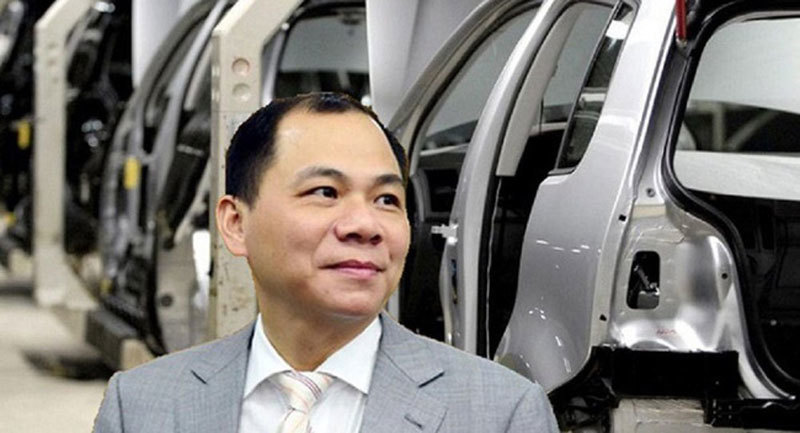 This is the deal to exercise the right to swap shares associated with international bonds approved by SSC. Since the beginning of June, Vinpearl has transferred more than 58.59 million VIC shares, worth nearly 7 trillion VND according to the market value.

Deutsche Bank AG London and Credit Suisse (Hong Kong) were the bond holders of Vinpearl in a campaign of issuing $450 million worth of international bonds (VND10 trillion), listed at the Singapore Stock Exchange in 2018.

Under an agreement, bond holders have the right to swap a part or all the shares with common shares of Vuong’s Vingroup at the price of VND138.526 per share, and the price can be adjusted after one, two, three and four years after the issuance date.

On December 31, 2020, the value of swapped bonds shown in the audited finance report of Vingroup was over VND5.5 trillion, equivalent to a swap price of VND93,000 per share. The current price is VND117,000 per share.

In mid-June 2020, Vinpearl bought back more than $209 million worth of principal. And the bond holders of Vinpearl activated the clause on swapping the remaining value to receive VIC shares, wrapping up the bond final settlement after three years.

Vingroup billionaire Pham Nhat Vuong has made great strides over the last three years. It has shifted its business core to technology and industry instead of real estate.

Vingroup is now gathering strength on manufacturing cars with the VinFast brand, while it has transferred the retail division (Vinmart) to Masan Group owned by billionaire Nguyen Dang Quang. It has also given up some other fields, including mobile phones, TVs, football, home appliance distribution, and agriculture production.

Vingroup even nurtures an ambitious plan on selling VinFast cars in the US and many other markets, including neighboring Laos.

The Financial Times noted that Vuong has extraordinary confidence in his dreams, and if the IPO succeeds, VinFast may have a capitalization value of up to $60 billion, which is even higher than that of Ford Motor.

Vingroup not only wants to sell cars but also high-end vehicles, including electric cars, which is still a new field.

Vingroup plans to have revenue of VND170 trillion in 2021.